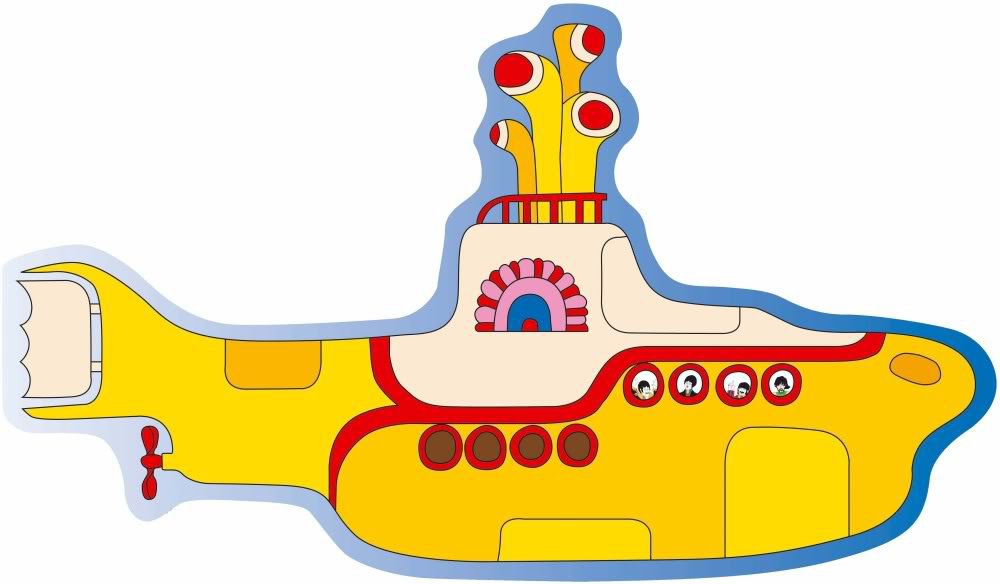 Neil was having THE YELLOW SUBMARINE remastered and re released. He had seen SPACE JAM and asked about the newer animation and digital techniques that we had used. I told him about the possibilities that had opened and were opening and he suggested that we work on a television series of THE YELLOW SUBMARINE.

My heart leaped at the possibilities, especially after the disappointment of WEST SIDE STORY and MJ.

I got in touch with the English animators from Space Jam and they were more excited than I was. We discussed a Yellow Submarine and they immediately began to design a digital template. The idea was that the submarine could go anywhere to tell any story.

Warren Eakins and I began to slam together some ideas and I approached a friend at Warner Brothers who loved The Beatles and he threw out numbers like thirty or forty million dollars.

The animators sent a rough digital sample of the submarine and it was fabulous floating round with its little propeller pushing it through space. Things were on a roll…

There were issue that he couldn’t discuss, but the YELLOW SUBMARINE had sunk.

Neil never chose to discuss it but I later found from other sources (reliable) that Paul had caused huge problems by wanting to change the credits from Lennon/McCartney to McCartney/Lennon, something that would have caused chaos in BEATLENATION.

I never mentioned THE YELLOW SUBMARINE again. I still have the digital ‘test.’ I haven’t watched it for years, but who knows…