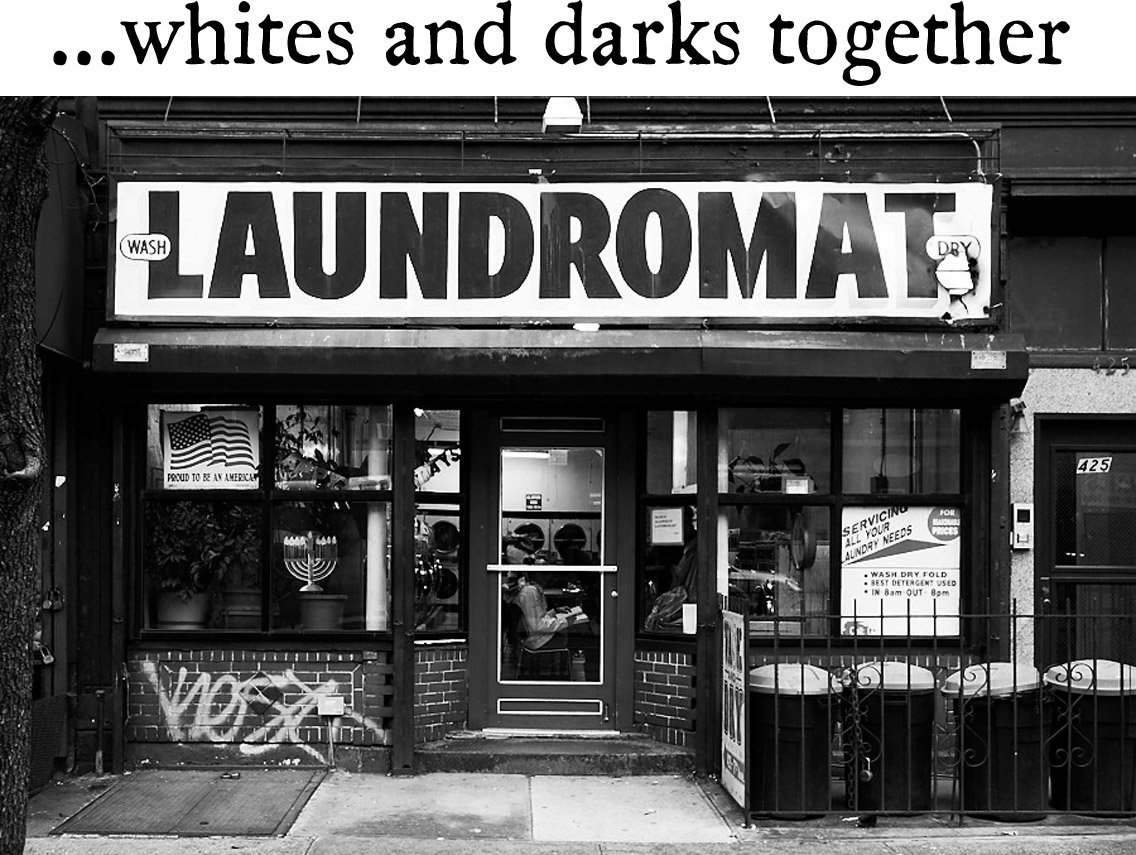 I had what is called a ‘go to’ relationship with Fallon. They had aspirations towards a national identity at the time and I had helped them along the way with the short film, THE DREAM, that had developed into a well-received television campaign.

I got scripts for a new campaign for Lee Jeans.  It was problematic because Levi’s 501’s were a creative force under Mike Koelker.  The Lee script was to take place in a laundromat with two young, attractive people.  I guess laundromats are where young, attractive people meet.  I spoke with Larry Bridges, the editor, and discussed how we could make them competitive with Levi’s.  We had experimented with seriously fragmented imagery with Michelob and he and I agreed on fragmenting the soundtrack. We didn’t discuss this with the agency.

I also asked the writer, Bill Miller, who I had worked with on THE DREAM to write some dialogue for an older black woman.

‘There isn’t an older black woman in the script.’

Bill gave me his dialogue on the day of the shoot and it was terrific, elliptical and provocative.  Bill got it.  His partner didn’t…was nervous.  Having worked with me, Bill trusted that things would work out.

The client showed up.

After watching a few takes everyone sort of got it, but I shot in such a fragmented manner that the story wasn’t that clear.  I assured them that Bridges would pull everything together.

I went to see Larry’s first cut and it was terrific.  He had intercut Mozart’s Requiem with sirens and street sounds and dialogue bits and it was unique and terrific (to this day).

We screened the cuts for the agency on a Moviola. I was sitting in a chair looking at their reaction, laughing because Bill’s partner looked frightened.  I didn’t givafuck because I love the cut.  It was everything Larry and I had wanted to do and then some.  Bill’s partner was speechless (literally) not knowing what to say.  He had brought his wife to the screening. I had just met her then and she had a sly, hip look.  She stood behind him and had seen the cuts and broke the awkward silence.

That was that. It broke the ice and we had a several-year campaign doing cool stuff.

Vincent Joliet was at Cannes that year. The spots didn’t win any awards but a French director came up to him and asked.

‘How does Joe get away with such things? Does he think he’s Godard?’