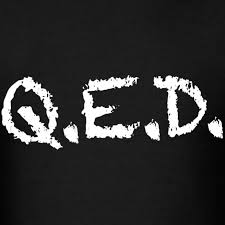 I began shooting documentaries at WQED in Pittsburgh.  ‘QED was what was called a Flagship Station providing content for the network. The other ‘Flagships’ were WGBH in Boston and KQED in San Francisco.  Mr. Rogers Neighborhood was done by us.

My primary obligation was filming and editing a series of docs for the then fledgling NASA.  This was years before the first moon shot.  Mathias von Brauchitsch was our team leader and he was a taskmaster.  He was by profession, a physicist and was responsible for the development of Butyl Rubber while still in his twenties in Switzerland where his family had fled the Nazis.  His family was aristocratic and other von Brauchitsches served Hitler in the army and another was a famous race car driver for Mercedes in the 30’s.  With this lineage, I never asked why his family fled but I suspect his mother may have been Jewish.

Mathias was a harsh taskmaster, demanding the best in honesty and integrity in the work.  Once, I used a snippet from another scene to make an edit work more smoothly, something no one would ever noticed and Matt ripped my eyes out about the dishonesty of doing such a thing for mere aesthetics.

We were fortunate in having a cinema in Pittsburgh that played foreign films.  Discussing these after the fact was a treat and I remember us walking out of Resnais’ LAST YEAR AT MARIENBAD in a fury because Matt thought it was complete bullshit.  I’ve never see the film in its entirety.  Matt and I did agree on the films of John Ford, however, loving him.  In fact, Matt said that seeing Ford’s films in Switzerland made him love both Ford and the United States and that’s why he gave up physics to become a filmmaker.

We created a film society and rented great documentaries from the past, sixteen millimeter prints, and we would have monthly screening/parties, with great discussions and observations about the ‘truth’ in them.  We admired those that had no narration or music as we felt those elements were too manipulative. Our favorites were Pennebaker, the Maysles, and ‘Direct Cinema.’  Flaherty was held in high regard but I felt that his ‘documentaries were fake. Direct Cinema had just become a possibility because of the portability of the equipment.  The Éclair NPR camera, the Nagra tape recorder, and faster film emulsions allowed us to film ‘what was there’ without the intrusion of the mechanics of process.  For some reason several ad people showed up at one of the screenings and they were rude, obnoxious, and condescending and didn’t understand anything about what we were trying to do. Ironically, I became friends with one of them years later, when I was making a transition into commercials.

There were several filmmakers in our group and there was a bit of competition among us.  I was allowed to direct smaller ideas but the NASA project was the responsibility of Matt and a stage director, Bill Francisco who was available because of an association with Carnegie Mellon’s Drama Department and the American Conservatory Theater that was there on a grant.

I had a contract to film and edit the NASA stuff but consented to film other material gratis to help the financial situation at the studio.  There was always a scramble for money as PBS had not yet been funded and we were NET, National Educational Television.  At that time, Pittsburgh was a major cultural center because of the wealth of industry there.  I have noted the influences (negative) of U. S. Steel, but Alcoa Aluminum sponsored a playwriting contest with the winners having their work produced and televised on the Network.

Francisco directed these while I filmed film sequences.  Some of the shows were filmed in the studio on videotape to profit from the facilities (to my chagrin). The tape stuff always looked awful.  I pretty much had control of the film stuff (and the editing) but I alienated Francisco in the early filming of the first teleplay by making a rude comment about a shot he wanted.  I was called aside the next day by the head of production and admonished.  I reluctantly agreed to behave better.  A complication arose when Francisco, who was gay, became attached to the young boy that was the lead I the film.  Luckily, the boy’s father was around much of the time and he and Francisco were on good terms.  It was a harbinger of Michael Jackson and Jimmy Safechuck decades later with Jimmy’s mother playing the part of the father.

The film was screened to huge acclaim and my cinematography was praised for its ‘honesty’ and was compared to the now forgotten French film, SUNDAYS AND CYBELE, that had won the Academy Award for best foreign language film. Our film got a terrific review in Time magazine and was compared to anything in visual media. We later won the award for best work in Public Broadcasting, and continued to win for the next two years.  I had left by the time we won the last one but the head of production, Sam Silverman, gave the award to me as we had all gone on.  He said going up on stage again was embarrassing.  I had filmed the last show as a favor as I had left to form my own company.

Our ‘thing’ broke up when Matt accepted a CBS Fellowship in New York and Bill Francisco went to Las Vegas to direct a Tits and Feathers show.  I wanted to take over the department but the politics were too great and the deal I was offered gave me no control over content and there was no one left that I respected.  An irony was that the Federal Government created PBS and the  staff was given financial security after years of scraping.  The executives were thus corrupted, their souls sold for Biblical coin.  The lunch conversations turned from the work to new carpeting and cars.

Matt wasn’t a very good director but a terrific critic.  He more than held his own with the professors from Carnegie Mellon after the creative merger.  I found them all pompous and judgmental.  I vividly remember one of them refusing to listen to one of us during a discussion at a cocktail party because he felt that person had no qualifications on the subject.  Anyway, I lost touch with Matt after he left for New York.  I had lunch with him once there and then years later in Los Angeles but that was that.  Although we disagreed on much, I respected his honesty and integrity.  I once put music on a documentary I did and knew that he would have admonished me.

The best thing that came from the NASA project was a film, A VIEW OF TH SKY, that dealt with the history of Cosmology.  Matt wrote it and Bill ‘directed’ it.  It was not a pure documentary but a look at this science through everyday images.  It was a visual challenge and I had much of the control.  In researching the film, I screened a film by the National Film Board of Canada.  It had a similar theme but had myriad special effects, planets, etc. and was way beyond anything we were capable of.  Canada was far ahead of us financially, funding a great deal of work while we scraped and scratched.

I learned a great deal with the challenges of this film, shooting natural events that symbolized  the concepts of Copernicus, Galileo, Einstein, and others.  I played around with chromatic aberrations in lenses, sun flares, reflections and the vagaries in film stocks.  I remember editing a sequence that Bill was having trouble with.  We were editing in a  miserable location on a remote hillside in the transmitter building.

Bill was falling apart over a sequence of leaves being blown about by the wind.  I said, “Leave.  I’ll work on it tonight and you can look at it in the morning.”  After he left I laid out the various strips of 16mm film on a light box and used the visual image flow as an editing guide, almost like a film score.  I think of that a lot today as that technique is impossible with digital editing. Anyway, it worked and the film eventually was the official U. S. Government Film in the U. S. Pavilion in the ’67 World’s Fair in Montreal.

During this process I had to scramble and bluff my way through a great deal.  I hadn’t any experience when I started  but neither did the others.  My prior experiences in the labs were vital for I knew a lot about film emulsions and their capabilities and my editing experiences stood me in good stead.  When I worked in New York I was enamored of the avant-garde of the time, Andy Warhol,  Robert Frank, Gregory Markopolous, Stan Brakhage, Bruce Baille, Ken Jacobs, and others.  While in New York I tried to join the Film-Makers Cooperative but wasn’t able to connect even though Mekas and I had a few conversations. I hadn’t really done anything to merit joining .  All I had was my enthusiasm but that wasn’t enough.

I tried to use as much  of their influences in the work as possible but was thwarted in most instances.  I remember one project where a business associate at the station made a rude comment about my professionalism and I was restrained from jumping over his desk.  Another time I was having the film I was working on transferred to video tape and when I complained about the transfer, he said, “Garbage in, garbage out,’  Matt had to restrain me there as well.

We were always begging for money for our other projects and I resorted to taking film from the NASA storage and paying off night techs at the local lab to do lab work myself.  I once hid in the mensroom until the lab closed to do a sound mix on my own since we had no money to pay for it.

We did an astonishing amount of work in the few years I was there.  Ten major docs for NASA, three major television dramas, A doc on Mr. Rogers, and one on William Steinberg, the great conductor of the Pittsburgh Symphony, plus a few of my own.  We were showered with awards and many of the films we did  are in the Library of Congress.  I shot and edited everything and followed it through the lab, sometimes doing the optical work on an Oxberry myself.  I had to and I loved every minute.