Somehow ‘treatments’ became part of the ad vocabulary. The agencies asked the directors for their ‘vision.’ I had worked with my normal clients so I was unaware of this phenomenon. My first question was ‘why?’ I thought this was the work of the agency. Since most of the really good creative people were now gone (fired, retired, deceased…) I guess that this idea became a way of crowdsourcing. Directors, eager for the work, hired their own writers and art directors to present their ‘visions.’ I guess this was a smart way to save a few bucks at the agency, but then why have an agency at all (we’re coming to that).

I had to succumb to this for a few clients, but I resisted as much as possible. Things came to a head when an old friend called with a really dumb idea. A guy is scrolling through Tinder, ‘looking for love in all the wrong places’ and keeps rejecting these terrific looking girls and settles for a bag of Lay’s potato chips.

We spend a great bit of time on the phone and feeling his desperation, I try to find a way to make this crap work.  I come up with an idea to make the ‘hero’ a Chaplin-esque character too shy and overwhelmed to make a decision about a girl, and settling for a bag of chips while he goes about his quest, the chips distracting him for a while, easing his pain. My friend seemed happy, satisfied, mollified, sedated, all that good stuff, especially when I suggested an actor that we had great success with in the past.

‘I need a treatment.’

‘Why do you need a treatment. We just worked out the problems.’

‘I need a treatment.’

After calming down, I decided to do a treatment and during the process I discovered a far better way to do the spot and bring greater meaning to the term LAY’S. 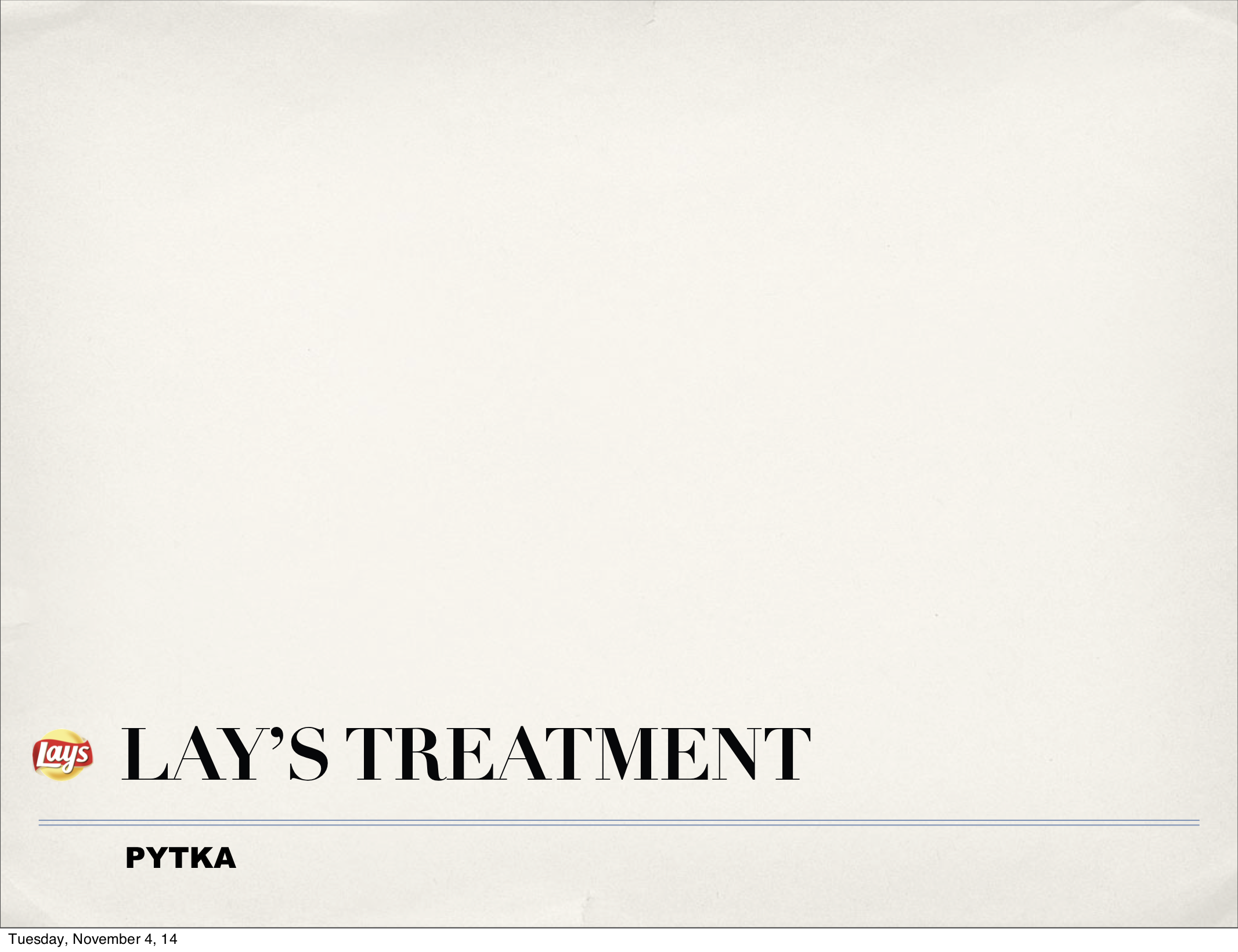 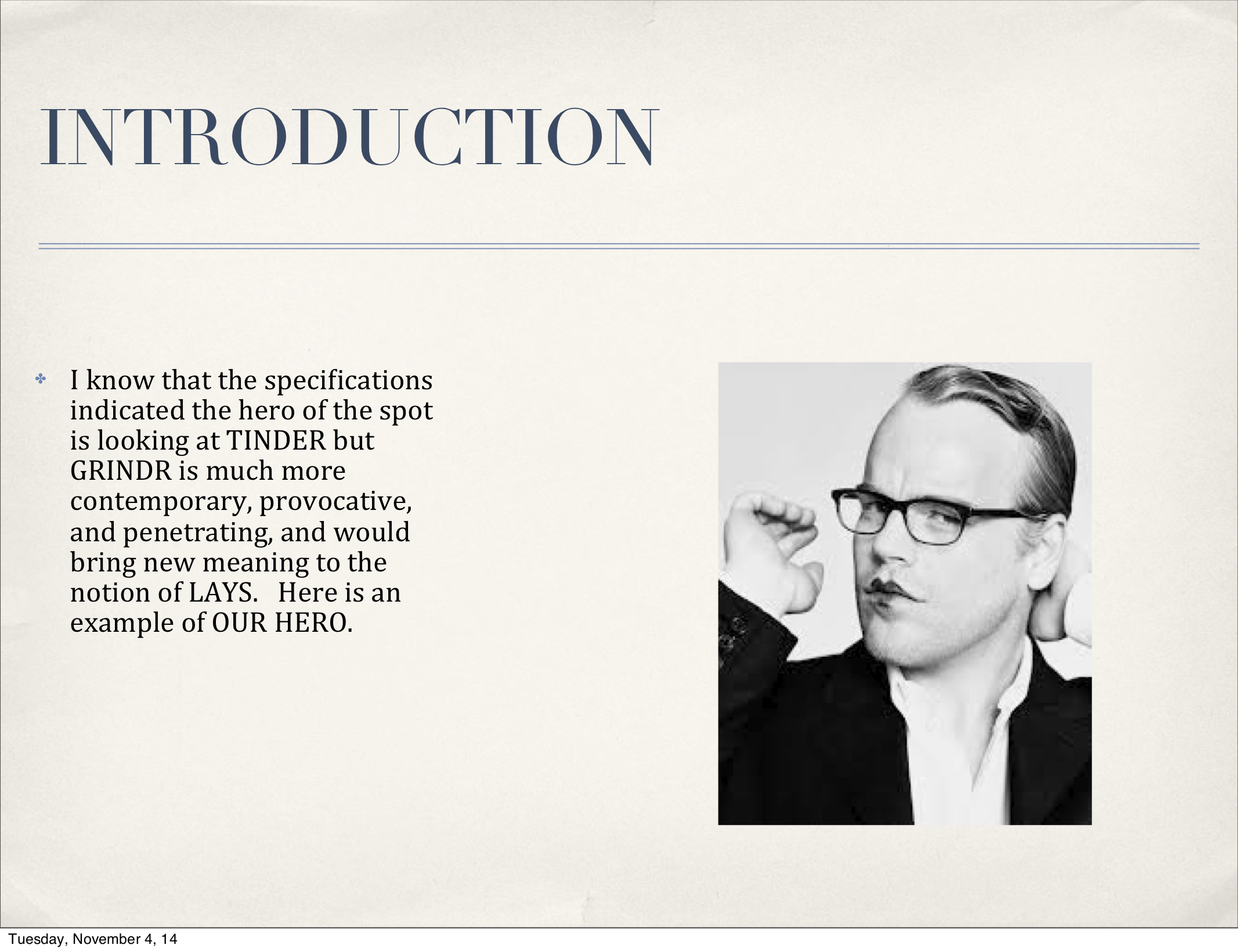 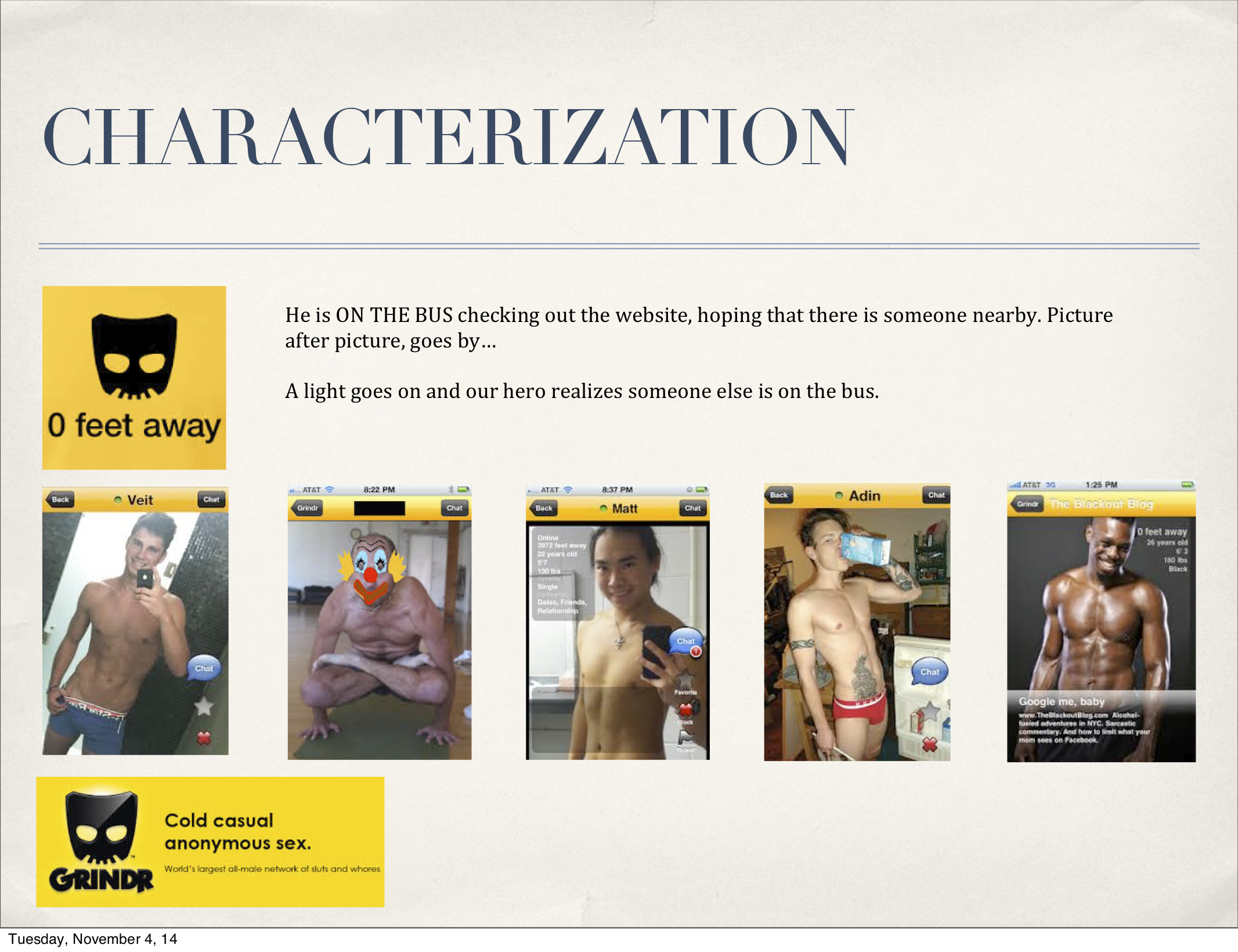 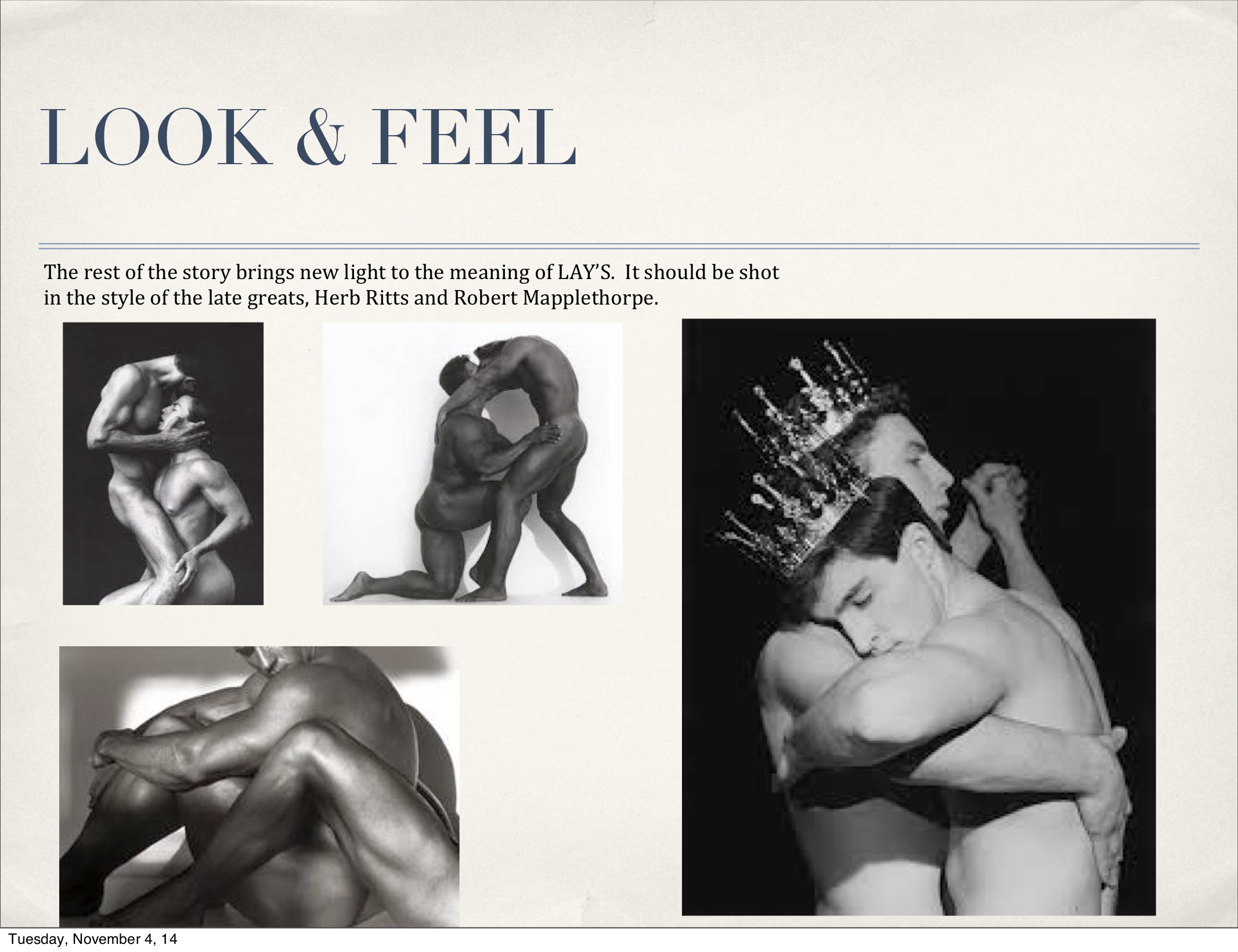 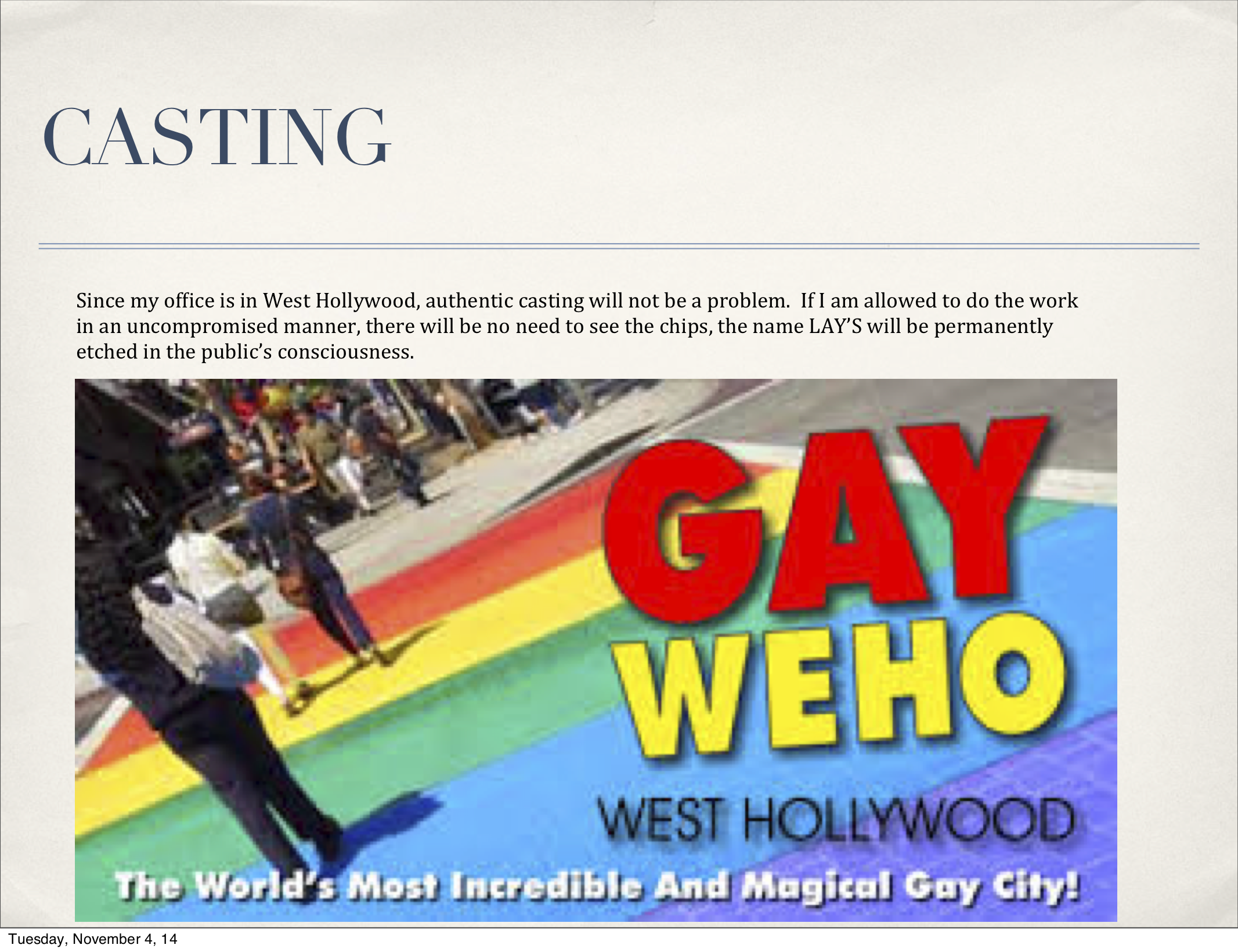 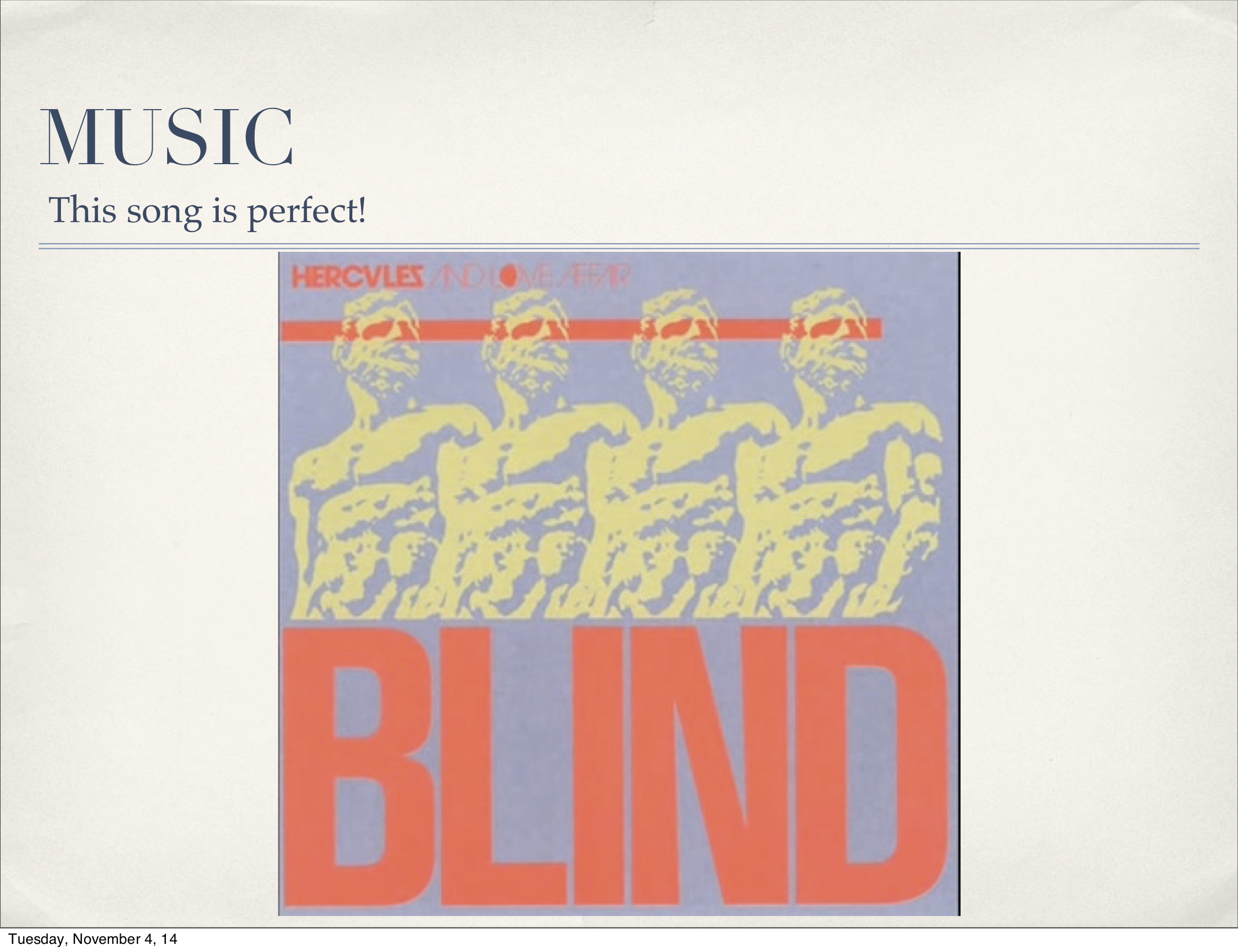