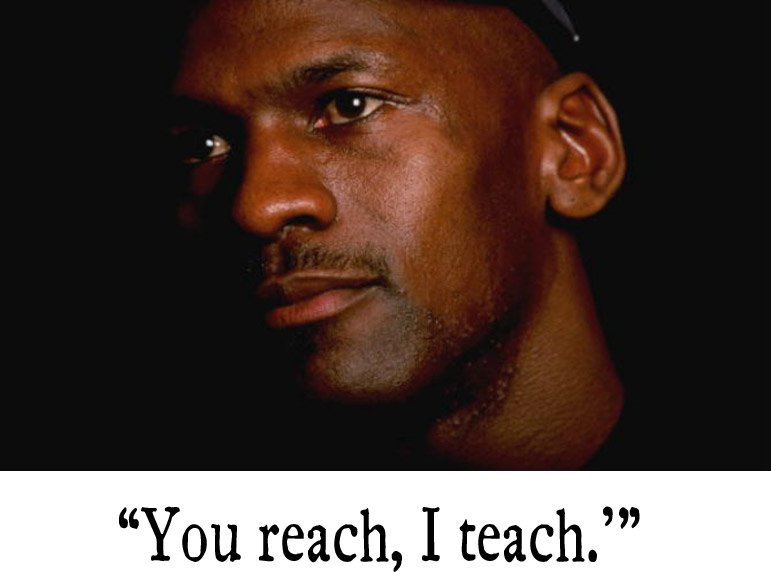 I was filming another spot at the Chicago Bulls Training Facility, and on a break Jordan was playing a pickup game with the athletes and doubles that were working with us as extras.  I told the sound man to start recording and I picked up my trusty Aaton and began to film. I thought it would make a unique look at Michael, but Nike passed.  Later I used the edit to inspire the Gatorade MJ vs MJ spot, the trash talking, etc.  Bird’s trash talking was far better, though.