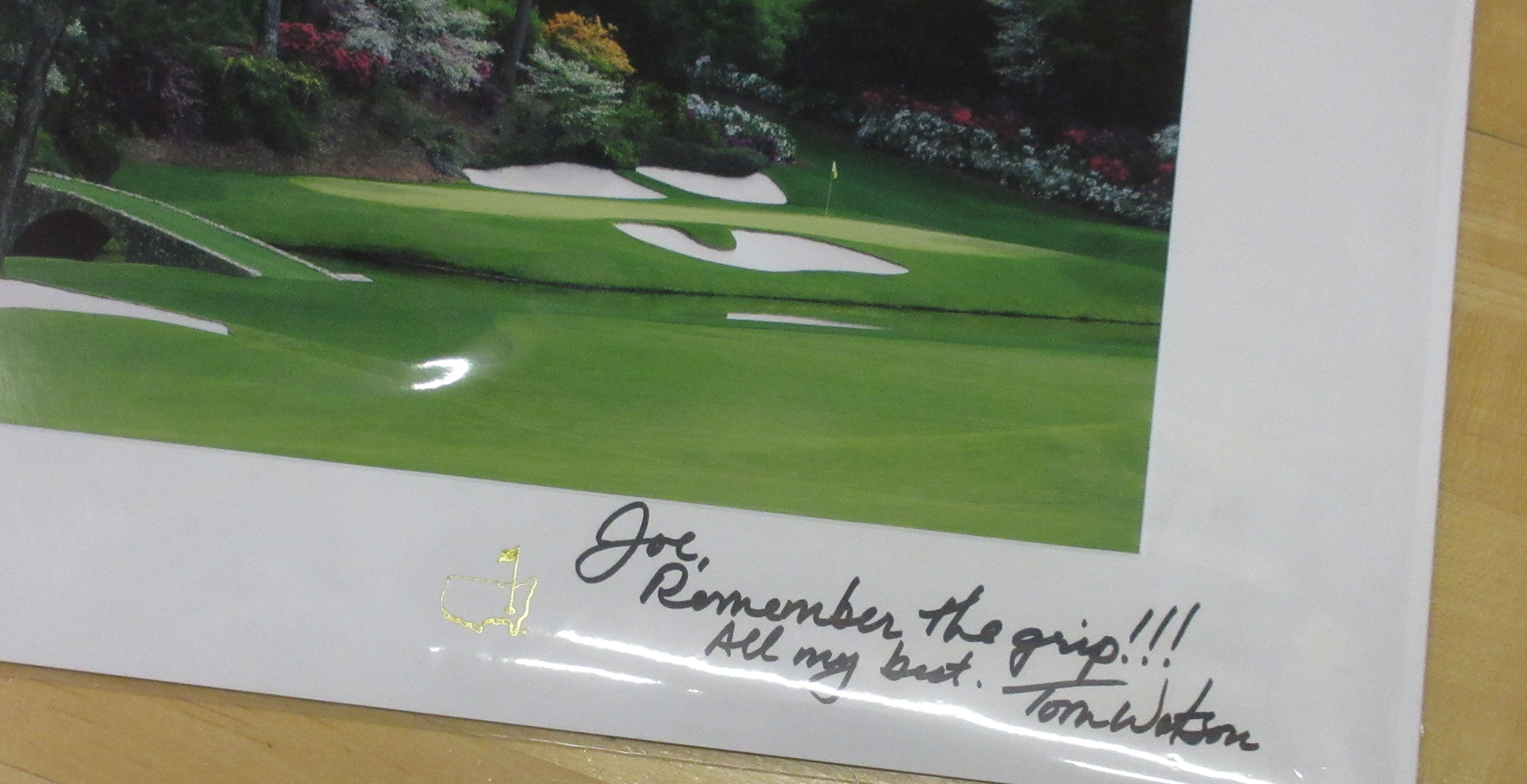 Tom Watson. One of the greatest golfers ever.  People tend to forget his greatness because of the  fabulous success and decline of Tiger Woods, but Watson is up there. His chip in at the 17th hole of the last round of the ’82 U. S. Open is considered the greatest golf shot in history.

I’m working with Watson on an IBM commercial.  Watson was a notorious bad weather golfer.  I asked him why and he said that he grew up in bad weather and if he didn’t play in bad weather he wouldn’t play.  I had the idea to shoot the commercial in the rain to give it a ‘look’ but the agency guys were reluctant since that wasn’t what they had ‘sold to the client.’

I had brought rain effects anyway.

During our chat Watson actually mentioned that the spot would be more to his abilities in the rain.  Since we had already filmed the spot in fair weather, I said that it wouldn’t take that much time to do it again and he agreed, a rare thing with celebrities.  We shot the version quickly and that’s the one that ran.

During all this, Watson asked if I had ever played golf.  I answered that I had played a bit a long time ago but quit when I realized I would never have the time to be any good.  He gave me a club and asked me to show my grip.  I did and he immediately remarked that I had never had a lesson.  I hadn’t.  He then showed me (meticulously) how to properly hold a club.

Now this will sound silly to those of you who have never played a sport at a high level, but as Watson carefully adjusted my hand and finger positions on the club handle, I could feel the energy flow from every part of my body, down the clubshaft and into the clubhead.  I didn’t want to ever let go.  Watson laughed when he saw the expression on my face change to an astonishment.

I never wanted to let go of the club.