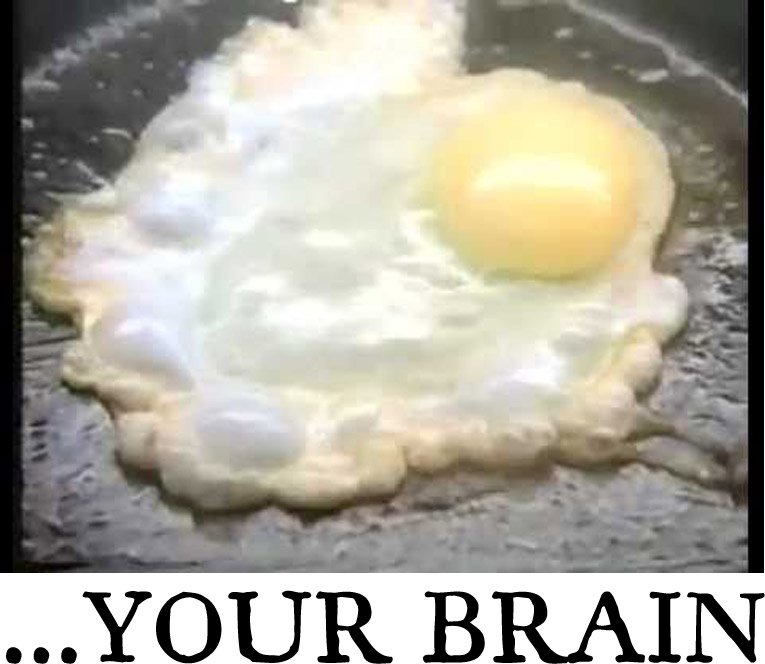 Paul Keye called me and says he wants to jumpstart a campaign for The Partnership For A Drug Free America.  He said that they were tied up in meetings and nothing was getting done.  If we do something it will get them off their asses. I was in the middle of a Michael Jackson project but I said let’s do it this Saturday.  Paul also said they had no money.  Don’t worry about it.  I get John Roselius to play the guy.

John, can you crack an egg?

John, once a Marine always a Marine.  There’s no ‘ex’ involved here.

Everyone takes credit for this thing but it was just Paul, John, and me.

Later, John complained that the spot was running so much he wasn’t getting calls for movies because he was typecast as a commercials guy, so we cut a version with another voice and a closeup of the frying pan.  Don’t tell John, but this version may have been more effective.