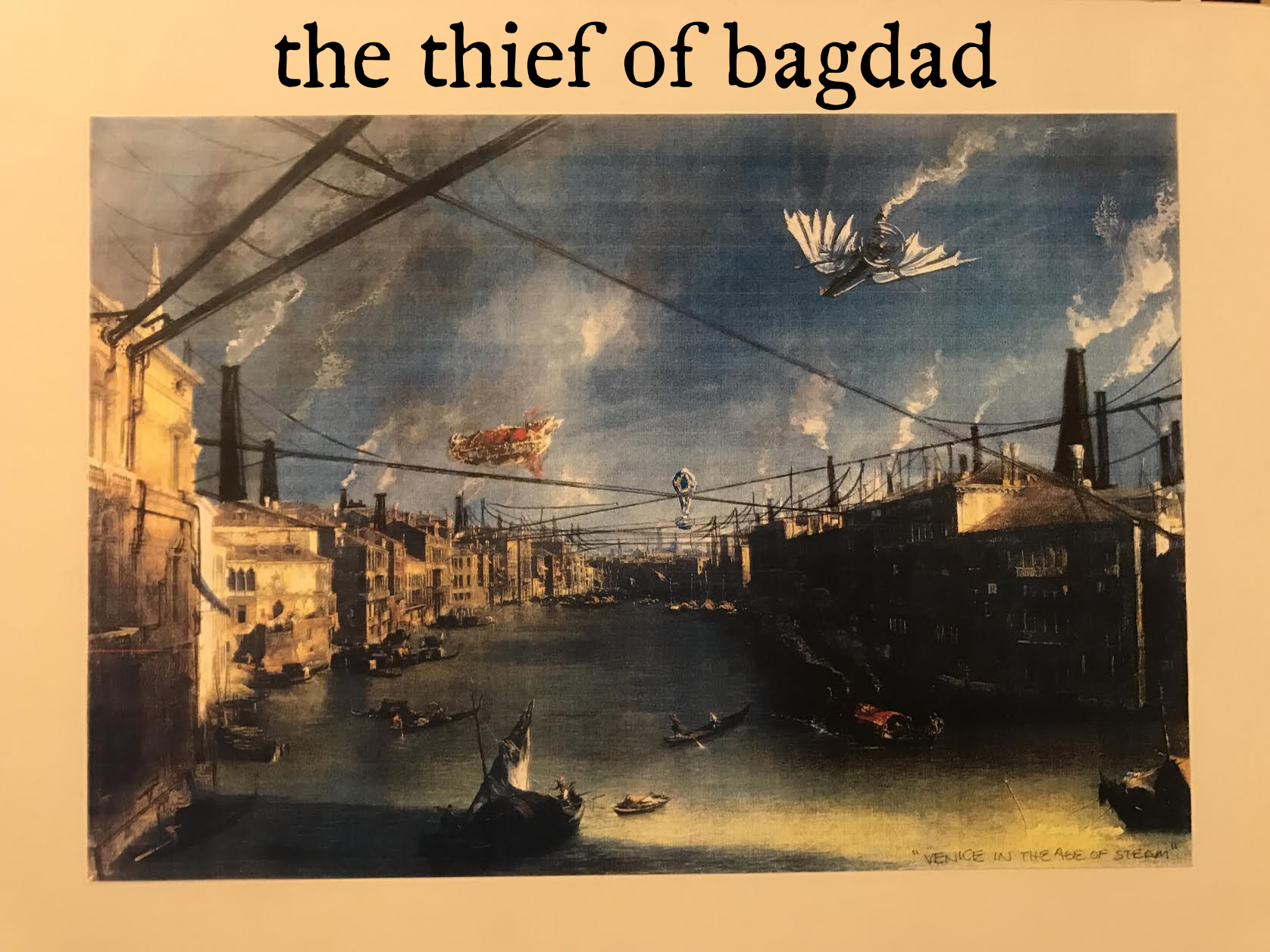 After we did THE WAY YOU MAKE ME FEEL, Michael and I discussed doing WEST SIDE STORY. I contacted the owners of the material and they weren’t interested saying that the property was continuously profitable and didn’t want the original Jerome Robbins choreography tampered with, and that was that. I felt that THE WAY… could easily extended into a original musical and Michael (and Frank DiLeo) agreed.

SONY and Michael, however, began to develop a similar script called MIDKNIGHT, and urban musical to be directed by Anton Furst who was the Production Designer on FULL METAL JACKET and BATMAN.  As far as I knew, it was a done deal with a finished script so my idea was toast. I loved the idea but since Michael was committed to MIDKNIGHT…

Anton Furst committed suicide. The story was that he was depressed ever since working with Kubrick on FULL METAL JACKET.

You can’t make this up.

Michael and I once discussed films we liked and Korda’s THIEF OF BAGDAD was a film we both loved..  I discussed a version with Frank and he said that the last thing he wanted to see was Michael on a magic carpet. Point taken, but that wasn’t what I had in mind.  I envisioned a world where Leonardo’s inventions had come to life.  Jim Lima and I worked on the idea and he created a number of stunning concept boards.

They were liked, if not loved.  Michael later took one of the ideas to do the song SCREAM. We were to do the video based on the concept boards but Janet wanted to do another idea, so…

Back to THE THIEF.

The orderly that I met asked what the budget would be.

‘We’re not prepared to spend that much.’

‘How much are you prepare to spend?’

‘Are you qualified to greenlight this movie?’

It turns out that SONY was full of shit about the promise to have Michael make a film.  Michael’s videos were all hits.  People still love them.  Many told stories.  THE WAY YOU MAKE ME FEEL was a number one.  Michael proved his acting chops in the prequil and the dance.  Steven Spielberg felt it was the best dance film since SINGIN’ IN THE RAIN.  I’m not sayin’ that THIEF would have been great but we’ll never see Michael in a long form and it was something he wanted to do and he proved it many times.