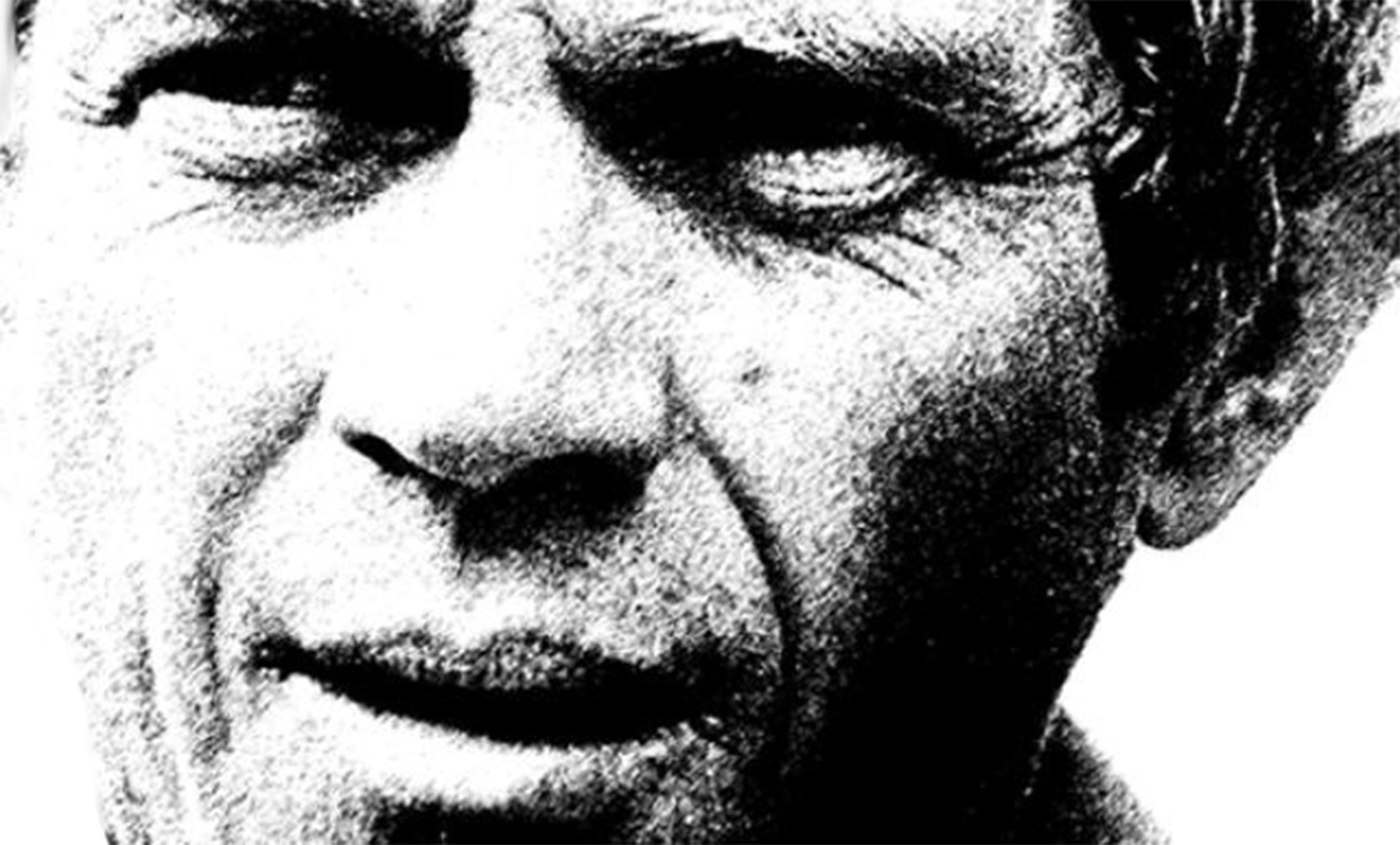 Chevy wanted to explore a promotion for their new vehicle, the Blazer. Their producer, Bill Klokow, and I had been working together for a number of years and Bill asked for suggestions.  Somehow, the idea of Steve McQueen came up. I was racing dirt bikes then and McQueen had the reputation of a being a good rider. Also, he had started an off-road auto parts company and there could be a cross promotion there.

Bill and I went over there and met with McQueen’s shop manager and he loved the idea because of the potential tie in with General Motors. Where was McQueen He was in Baja practicing for the Baja 1000 Off-Road Race. No one knew where. At that time there were no roads in Baja (that’s why the Baja 1000 was off-road). No cell phones either. McQueen was completely incognito.

We chartered two small Cessnas to get into Mexico, one for us and one for a small camera package. We had no permits and Mexico was unfriendly to filmmakers because Frank Sinatra recently had made disparaging remarks about working there.  We decided to sneak in as tourists. The trouble was no professional pilots would take us so we hired a couple of pilots who would take the risk. One was a student. How dumb.

We got into the country through dumb luck. It was a hot day and the customs inspector didn’t feel like walking out to the airplanes to check our lists. We were coming in as tourists. We didn’t look that threatening.

We started flying around Baja and finally found McQueen, met with him (his manager had gotten a message to him somehow, that’s a better story but not for here), and discussed the project. The project had become a documentary of McQueen’s participation in the race with the Blazers being a support system.  McQueen asked how to sell it to GM brass (at that time, John DeLorean was the head of GM and loved celebrities)?  I said, let us shoot some film of you here with the race car you have.  Luckily the car was a Baja Boot, a GM sponsored car built by Vick Hickey.  McQueen said okay and we made plans for the next morning. Then some shit hit the fan.  We had this discussion around a campfire outside a small ranch house where McQueen was staying. Eventually macho kicked in and McQueen asked me what bikes I rode.  I said I rode a Norton on the street and a Husky in the dirt.  He hadn’t heard of either. A few years before, McQueen had competed in the International Six Day Trials on a Triumph and just finished — no prizes.  It was an intense event. Guys I competed against back east had won gold medals there riding Huskys.  I told McQueen that the Western riders would discover the bike in a few years.  This bike was unknown in the West at that time. McQueen asked about the Norton.  I said it would blow the doors off the Honda Four that McQueen rode.  Back East, a good friend of mine rode the Honda Four and the Norton was much faster and handled much better.  In fact, my friend used to ask why I left him in the corners.  I said, Because you have to stop, get off the bike, turn it, then get back on.  McQueen’s best friend at the time was Bud Ekins, who had done many of the stunts in BULLITT and had a very successful Honda dealership in the Valley. The argument/discussion was foolish.  McQueen made me sleep outside with the scorpions while Klokow slept inside the ranch house McQueen was using.

We filmed McQueen the next few days and I was impressed. He was the real deal, driving the hell out of the Boot with nobody watching, nobody to be impressed. I was sitting next to him filming while he drove across Lake Chapala, a dry lake in the middle of Baja, the middle of nowhere.

‘How fast were we going?’

Klokow was running out of money so we left and got back to L.A. A while later, I got a message to screen the film we took with McQueen. I went over to his production offices and we looked at the stuff together.  He asked some technical questions about ‘how I did that’ and stuff, and I asked him why? He said he was doing a film about Le Mans the next year and liked some of the techniques I used. He also said:

‘When we do the film I want it to look like this.’

‘Yeah. You’re too strong for my people. They won’t work with you. Leave the film. It’s my deal now.’

At least he was straightforward about screwing me.

I left and stood in the parking lot for a while. RAGE. Then I went back in and told the receptionist that I had left my film in the screening room. She went back and got the reels. McQueen had gone to lunch. I went back out into the hard Valley light. I went back to Pittsburgh and cut a short just for the heck of it. Richie Havens had let me use his music for a documentary I had done about migrant workers. I used his music for the McQueen piece.  Some of the earlier fragments are missing in action but the essence is still there.

I never knew how pissed McQueen was but he did make the deal with Chevy. The film never got done because McQueen had never practiced the first part of the race that was on a hundred miles of pavement. He missed a turnoff in the fog, turned around, and trying to make up time blew his engine. Several film crews (and helicopters) positioned around the course waited and waited. I do think he made a commercial deal with Chevy for Japan for a few mil.

There are two ironic postscripts. There were many issues during the filming of LeMans the next year.  John Sturgis, the famous action director, quit in the middle of the filming and the New York Times went to France to interview McQueen. At the end of the interview, the writer noted that McQueen rode off on his Norton motorcycle. 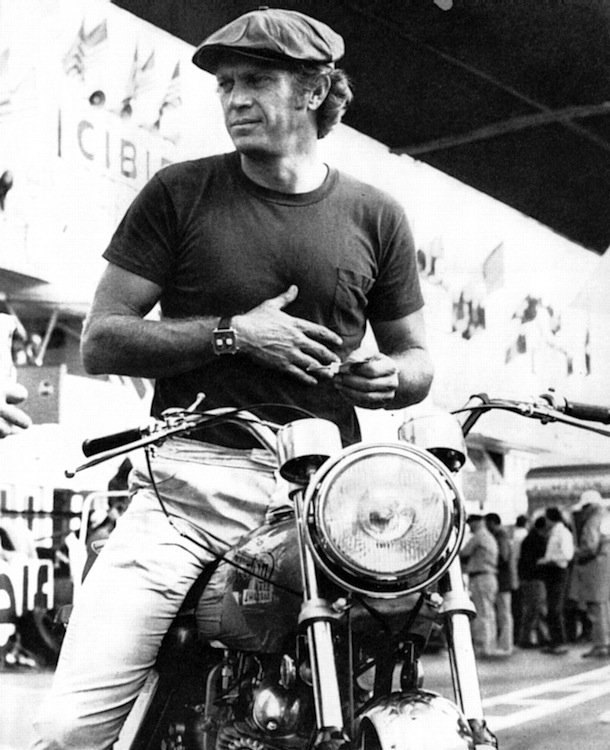 McQueen taught me an important lesson, though.  When we were in Mexico, I had set up a shot with the Baja Boot (the race car) on a hillside with a grave in the foreground. McQueen was to walk up to the car with his mechanic, get in the car, and drive past camera. He did it, passed the camera, got out and came over to me.  I said, ‘Let’s do it again.’ McQueen asked why?  I didn’t have an answer. We didn’t do it again. Ever since then, I’ve never done more than a take or two of anything if I felt I got what I needed.

Around the same time, I was doing a documentary on motocross racing.  Edison Dye was the importer of Husqvarna (Husky) motorcycles in the States and held a series of races featuring European riders called the Inter-Am.  These races were designed to promote his motorcycles.  I had started filming in Europe and was finishing in California near Los Angeles.  I was having a meeting with the camera crews, setting positions, when McQueen wandered over to see what was going on. We chatted a bit and I told him (again) about the Huskys. At that time West coast guys rode heavy, outdated, Triumph, four-stroke bikes.  The Husky was a sleek, light, efficient two-stroke motorcycle and had won many world championships.  The European riders would blow off all the Americans (at that time) because of superior equipment and skills. The reigning world champions were the Belgians, Roger deCoster and Joel Robert.  I called to Edison and introduced him to McQueen. They walked away chatting intently.  A year or so later, the movie ON ANY SUNDAY was released.  It featured McQueen riding a Husky.

A few years ago, I was working with the great race car driver Mario Andretti and I asked him about racing against McQueen in the sports car race, Sebring. McQueen and his co-driver were winning the race in a Porsche.  Andretti’s Ferrari was failing and he pulled into the pits. He asked who was winning. McQueen. He jumped into the second Ferrari and drove furiously and won the race in the closing seconds.

‘I’m not losing a race to a fucking actor.’ 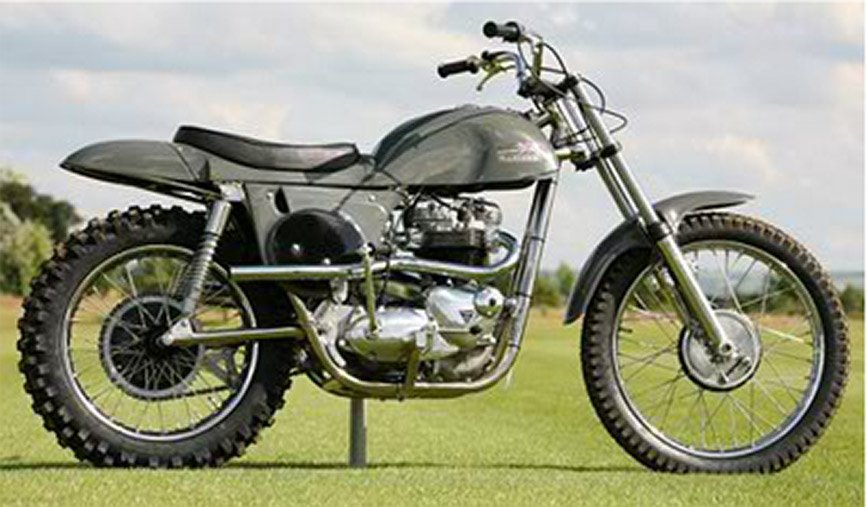 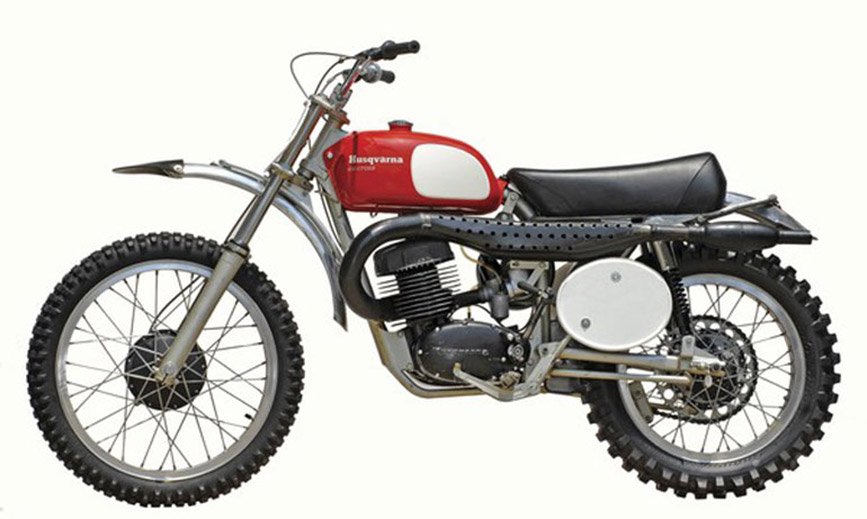 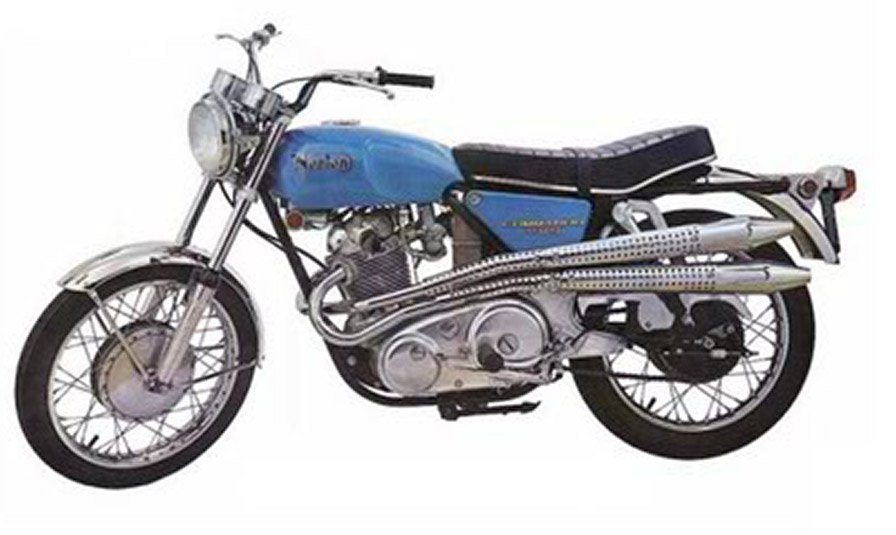 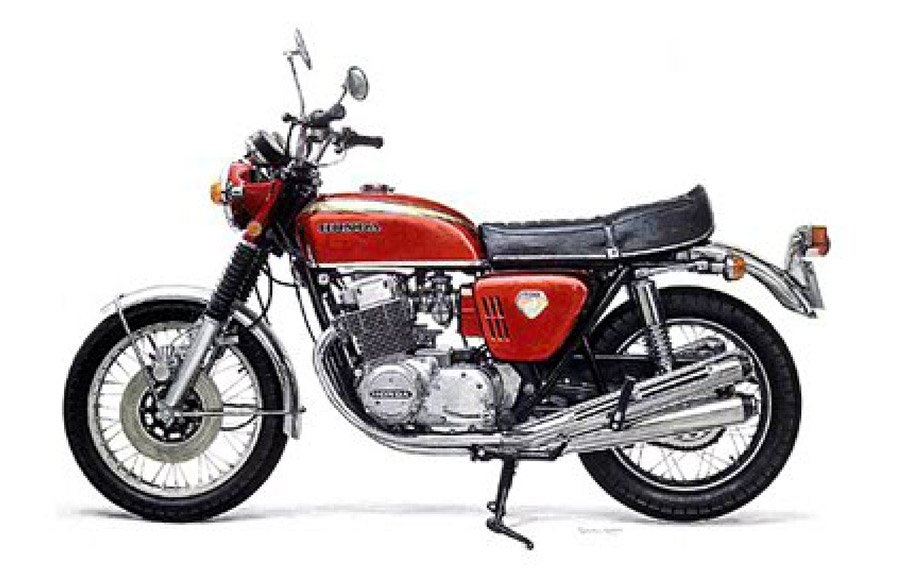