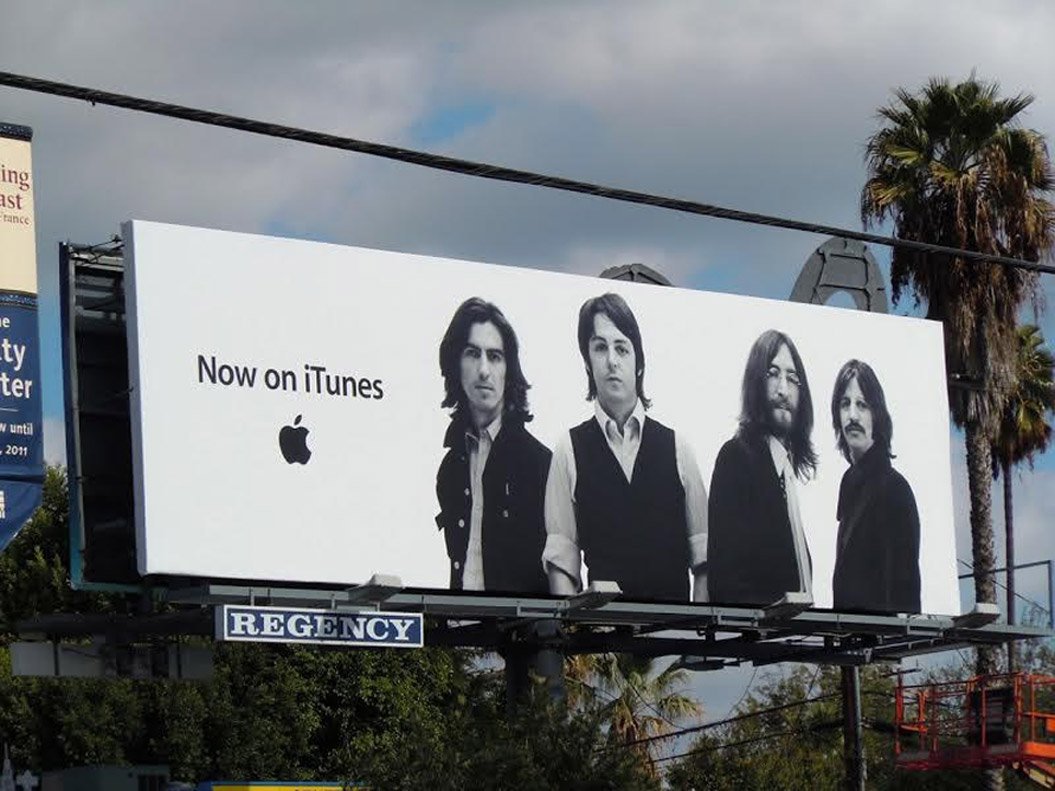 Steve Jobs was a controversial and largely misunderstood person, and about the only thing anyone could agree upon is that he was a prick.  In the film (terrible) STEVE JOBS, he is obsessed with THE BEATLES.  He and Wozniak argue about their references to being John or Ringo.

THE BEATLES did well by him letting him use the Apple logo as long as he didn’t get into the music business.  When Jobs began iTunes, he violated that agreement.

Neil Aspinall was in the middle of a lawsuit about this when he spent some quality time on my boat in St. Tropez, during a race that we lost on a technicality (later to be recognized as a mistake on the part of the judges, but that’s another story).  Spending that time with Neil was priceless, as he passed a little while after, maybe from a broken heart.

When we spoke of this issue, Neil said that there was no money to be made by the artists, only Apple would profit in this system.  Neil was brilliant in these issues, having supported THE BEATLES through the years by his brilliant management of THE BEATLES catalog.  After he produced THE ANTHOLOGY, Beatles’ records were all on Billboard’s best sellers again.  The issue was that Jobs was going back on his handshake deal.  Eventually, the courts sided with Jobs saying that iTunes was an electronic medium, not music.  Go figure.

As I mentioned earlier, Neil passed a while after and THE BEATLES capitulated.  Driving on Sunset Boulevard, I spotted a billboard with the Apple logo in the middle of a  portrait of THE BEATLES.  It was a dagger in Neil’s heart.