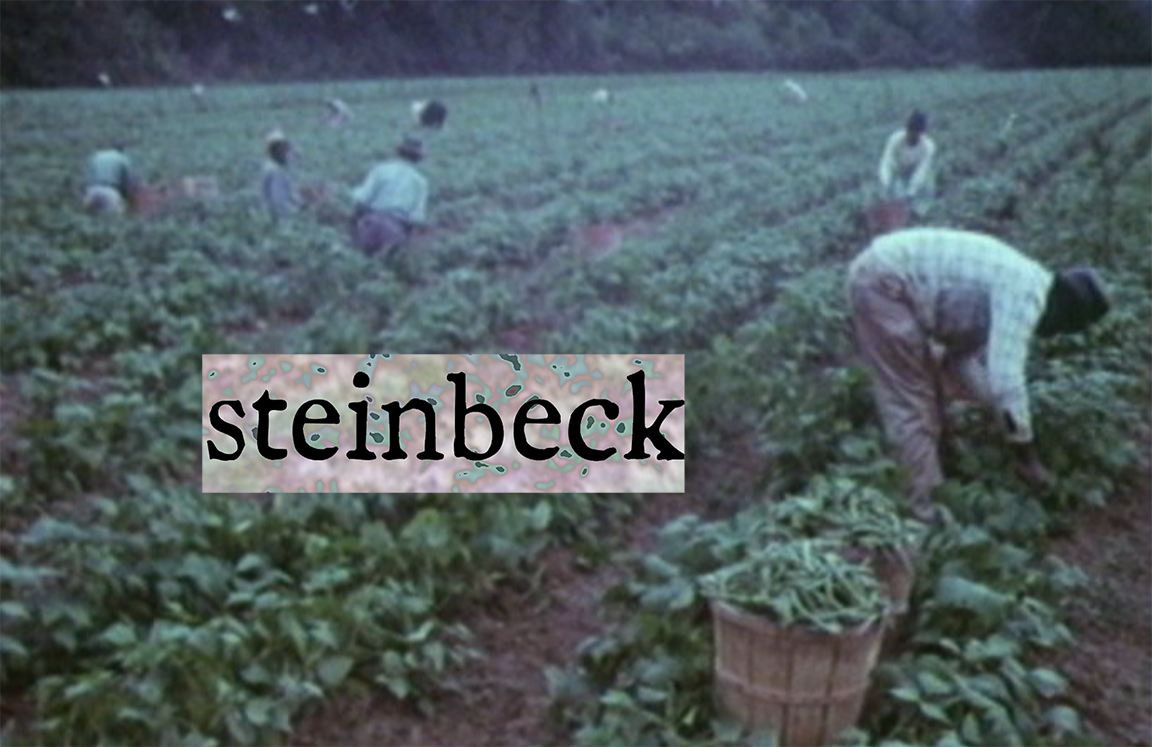 I was doing a huge, huge, huge, amount of research on the migrant workers doc, trying to get divergent options, those that supported the work. I somehow discovered this apt quote from Steinbeck. I have no idea how because there was no Google, then. I had already sorta locked the film so I put it in as an epilog.  It’s really better than the film itself, but then I’m not Steinbeck.