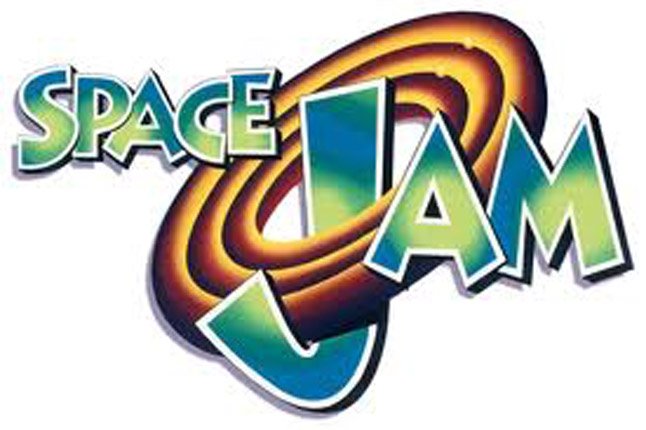 The movie SPACE JAM was a huge financial success even though Jim Riswold said it wasn’t a movie but the longest commercial ever made. He was right, although the last time I looked it wasn’t in the Guinness book of records.  The film worked as a commercial and generated BILLIONS of dollars of revenue through the various sources.  The estimates range from three to six billion dollars.  It’s easy to track the three billion directly and the six billion figure can easily be estimated.

The plot of the movie was based on a number of commercials that I did that ran successfully on the Super Bowl,  HARE JORDAN, HARE-O-SPACE JORDAN, both for Nike, and NOTHING BUT NET (AKA SHOWDOWN) for McDonald’s (with Larry Bird and MJ).  Furthermore, the MONSTAR characters were based on a Charles Barkley Superhero commercial for Nike.  So Nike did all the hard work developing the plot lines, characters, and the modernization of the various Warner Brothers characters by Jim (Riswold), James Lima, and me.  They spent many millions on development, production, fees for the character use, and television time, proving that the idea worked and was popular, (several of the commercials won the Super Bowl Polls and the Larry Bird/MJ spot was recently voted the best Super Bowl commercial of all time by a wide margin).

I didn’t want to do the original script for the HARE JORDAN commercial, as it was classic Warner Brothers animation with Michael put in on green screen.  Jim called when I raised the objection and told me that he wanted me to get involved since Warner Brothers was stubborn about NOT wanting Bugs Bunny updated.  The submitted storyboards had been drawn by the WB people in the classic Chuck Jones style from the forties. The WB people regarded Jones as an icon and weren’t ready to mess with his original ideas.  I called Jim Lima, who had worked with me on many other technically difficult projects and we worked out some terrific storyboards that Riswold wanted. Then the fights with the WB animators started.  I, in my usually understated manner, just said ‘Fuck you’ to all their objections.  They finally consented after what felt like forever and we shot the piece. They actually had to use some of Lima’s wide angle drawings of Bugs from the storyboards because the WB animators couldn’t draw like that.

The commercial was a huge hit, winning the USA Today Super Bowl poll, and it led to the following year’s HARE-O-SPACE JORDAN commercials for the Super Bowl.  These commercials introduced the conflict of Michael Jordan fighting monsters from outer space that influenced the plotline of SPACE JAM.  The final piece of the script puzzle was the McDonald’s commercial with (Larry) Bird and Jordan that put Bird into the SPACE JAM mix.  There has been some criticism of the treatment of the WB characters in the movie but Chuck Jones called Riswold congratulating him on both the idea and the faithful modernization of the characters.

Bob Daly, the one of the two executives (the other, Terry Semel) of Warner Brothers, loved Michael Jordan and then made the decision to make the movie.  When it was announced, many people contacted me to ask if I was involved.  I wasn’t.  A year or two went by and my agent suddenly contacted me to say they (Warner Brothers) wanted me to direct the movie.  Strange, since the film was to start fairly soon and I thought that Ivan Reitman was to direct. I said okay since all the development was already done and it would only take a few months and the days would not be monster since MJ’s commitment and contract were for short days so that he could still train.  It was also in town.  Development?  After I got there,  I found that the script needed a great deal of work, the animation development was unusable, and there had been no casting.  They had been working on this for several years?

The animation department was a mess.  The key issue was the new characters.  The MONSTAR characters were stupid — non-threatening and resembling the Shmoos from Al Capp, the creator of L’il Abner.  The Nerdlucks were more corporate.  These were the little guys that kidnap Michael to defend their territory.  They had to be developed through Warner Brothers Corporate for toys and stuff.  I met with the producers and they got rid of the head animator and hired a replacement.  I met with him and set up a meeting for the next morning at eight.  We had to get going.  I remembered the difficulty of the original development of Bugs for the HARE JORDAN commercial and this was a far worse issue.  An entire motion picture was nowhere with only a few months to go.

The guy doesn’t show for the 8 AM meeting.  He blows in at nine, saying that’s the time the department starts.  Fuck this.  He gets fired that day.  I meet with the animators myself.  ATTITUDE!  Fuck this!  I have the producers hire Jim Lima, the guy from HARE JORDAN, and I have Jim do boards and have the animators render them.  It’s humiliating for them to answer to outsiders.  Animators are a tight clique and most work for Disney.  WB is creating a completely new department for this film and I get the feeling that these guys are castoffs.  One place that they are fighting is the development of the MONSTAR characters.  I get the final NIKE piece of the concept and that is a Charles Barkley commercial that Nike did using Superhero MARVEL-like animation.  To a man they say that they cannot do that, it’s too difficult and expensive.  I challenge their manhood (and in several cases their womanhood) asking that it can be done for a commercial and you can’t do it for a major movie?

I begin each day reworking the animation (completely) by having them render storyboards laid out by Jim Lima.  I communicate only with Lima and critique their work in front of them to Lima.  I’m arrogant as hell.  I put up with this kind of nonsense earlier with HARE JORDAN, it worked and I’m not about to do it again.  Finally, one of the animators, Tony Cervone, shows up for the meeting with phenomenal storyboards with the Monstars.  I ask if he could do these (they had said they couldn’t earlier).  He says he could.  The next day another animator shows up with equally terrific boards.  In the next day everyone comes around and the animation takes off.

The Animation meetings are brilliant.  They have to drag me out of there.  The producers say that the meetings are too long and that they should only last a half hour so that the animators can work.  Okay.  The guys are incredibly bright, witty, and funny.  We blast through the script, reworking (rewriting) and the flow is terrific.  I’ll come up with a suggestion and they shout insults. “That’s a Daffy joke, not a Taz joke.”  We take no prisoners and I’m victimized constantly and I love it.  The producers make Tony the head animator.

The script itself has its own problems.  My first meeting with the writers and Ivan Reitman is a disaster.  I have an issue with a scene and it is unresolved after discussion.  It’s important for me to understand a scene completely from every aspect and I don’t feel that the scene we have worked on has been solved.  Ivan wants to move on and I don’t.  He complains that he likes to work in a certain way and have a flow.  Cool.  I say, “Have your own meetings with these guys.  I’ll write my own pages and give them to Danny (Goldberg, one of the other producers) each morning and you can give Danny your notes.  We don’t have to waste time seeing each other.”  That’s the way it worked.  I also got Jim Riswold, the writer and creative genius behind the commercials, to work on the script.  He came up with a few pivotal scenes that were important to Bugs’ character and was given a minor credit in the movie.

My stuff in the screenplay was the opening scene, the domestic stuff (MJ’s wife had no dialog in the original script), adding the housekeeper (a couple of good jokes), the dialogue in the baseball scenes, Jim Rome, MJ’s son and his advice to his dad, and the final ‘return’ scene that Ivan had cut (and I miss).  We also improvised a few scenes in the film.  You ask, ‘How can you improvise in an animated film?’  I cast a comedy troup that performed each pertinent character in green suits so they could be easily remove on post production.  Tony Cervone would design the animation on the set with key frames, sketches that would give end points to the action so that they could be animated later. Riswold (among other things) added the kissing shot between Bugs and Michael.  For his contributions, Jim was given a new driveway for his home, far less compensation than if he were a member of the Writer’s Guild.  His contributions were important, especially the pivotal ‘kissing’ scene.

I had wondered why Ivan Reitman didn’t direct the film as planned.  I heard that he chatted with Robert Zemeckis about the difficulty of ROGER RABBIT and that Zemeckis told him that it was the most difficult thing he had ever done.  Maybe Reitman got cold feet, but considering the sorry state of the animation department and script so close to production, I can see why he would replace himself.

All I could say was that the shoot was a horror show, not really difficult creatively, but the politics…  Ivan had asked me if he could be on set and I said no problem.  BIG MISTAKE, but that’s another story…