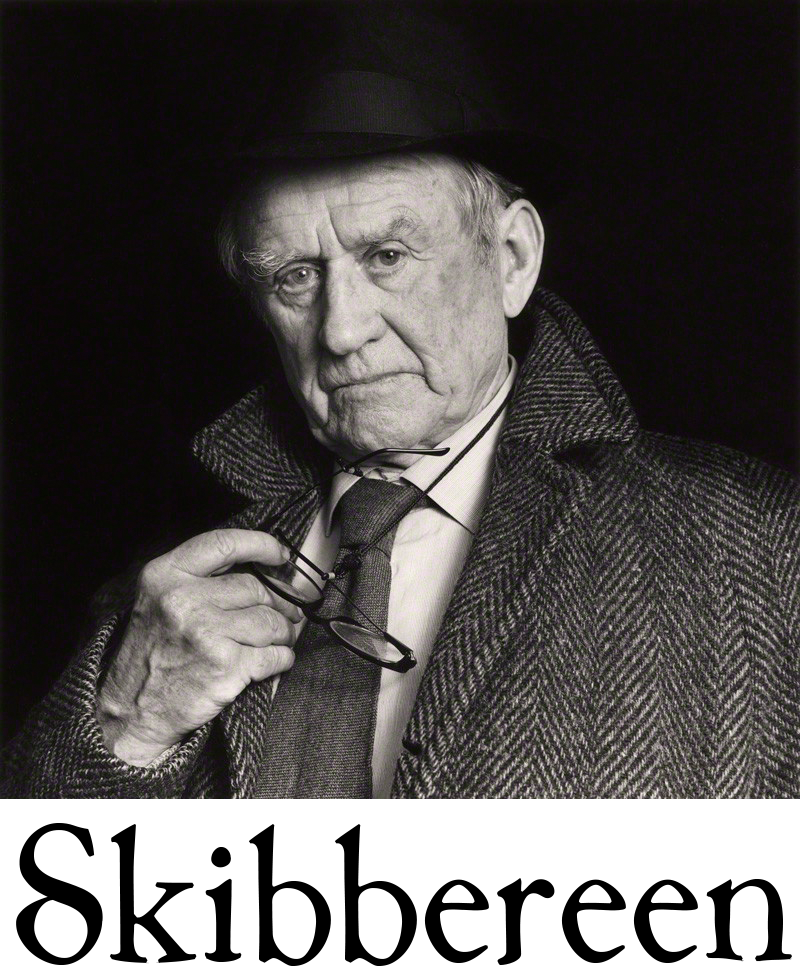 Ireland was in troubled times. The economy was a mess.

We were there filming some commercials for a fake Irish ale made by Blitz Weinhard.  I was excited to work with the Irish actors for the lilt of their beautiful accents and language.

That went away after Hal showed as they all sounded like him by the time we were through.  Hal had Irish roots but I don’t think they ran deep.

We went back and I hoped for better.  Jack Phelan, our Irish contact, had been in touch with Cyril Cusack for a spot Hal had written that was an Irish rant about a dog and Skibbereen.  Skibberren was a small town (all towns in Ireland tend to be small) in County Cork.  I thought that Hal’s Irish roots came from there and that’s why he had written this ‘tone poem’ but the key name in Skibbereen was McCarthy.

Cyril Cusack was an accomplished actor, a member of the Abbey Theater, and a veteran of many films, always in small parts.  He suffered from a small stature that he blamed for his lack of more success but he still was credible, and Irish.   He refused to do our little film.

Captain Jack finally went to his house and banged on the door, telling Cusack that Dublin and Ireland needed the money that the production would bring to the community and Cusack finally agreed.

I was excited to work with an actor of this caliber, but when he read through the script, he proclaimed, ‘who wrote this shit?’  The script was Hal’s attempt at being Yeats and I guess Cusack didn’t get that.  Hal sulked while Jerry Andelin tried to reason with Cusack.  Finally, some agreement was made, a bit of rewriting.  I remember that Hal stayed in his corner and I’m not sure if he even spoke to Cusack.

We didn’t have a teleprompter (Weinhard was as cheap as Nike) and we made several cue cards that Cusack read from.  He made no attempt at memorizing the new material.  A few takes, and he was gone.

We had a lot of other stuff to do but everything was an anticlimax after Cyril’s disappointment.

Years go by and I think about the spot and uncover a copy, thinking (hoping) that it might have a moment or two.

It’s even worse than I remembered.