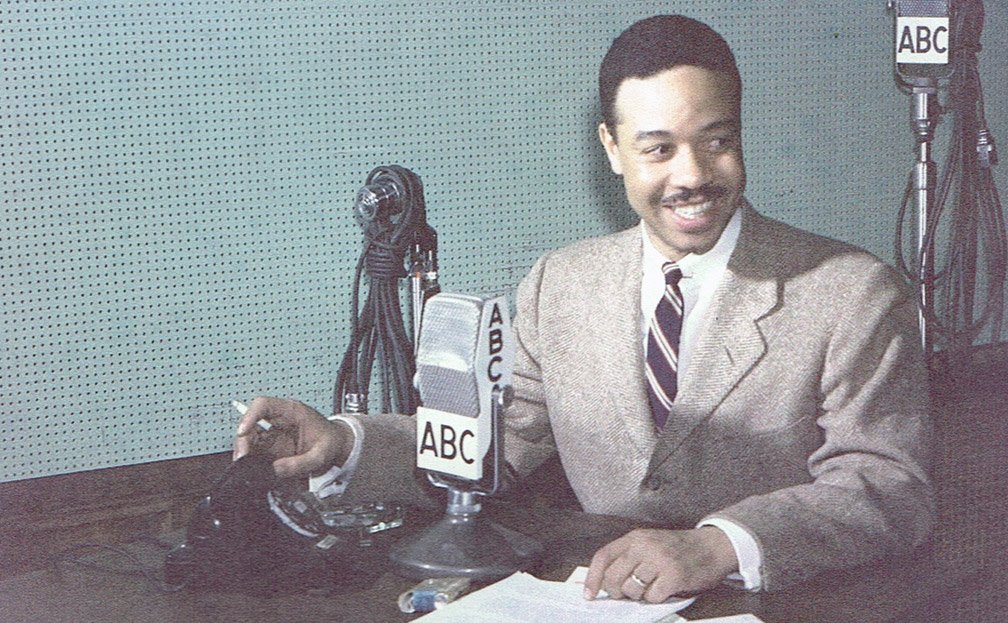 I was living in New York but had a girlfriend that lived near Pittsburgh, so I was commuting every weekend, leaving New York on Friday afternoon and driving back all night Sunday.  This lasted less than a year but I won’t get into the boring details except that one of the things I looked forward to was Sid McCoy’s Jazz Broadcasts from Chicago that I listened to during the drives.  Sid’s voice was a tenor to Duke Ellington’s alto.  I LOVE YOU MADLY.  A specific song that he played was Christo Redentor by Donald Byrd, a haunting religious hymn.  Then Sid’s voice would warm your heart as he introduced the next masterpiece.

Years go by and Sid is living in California and comes in for a commercial session and I freak.  We worked together a lot and talked a lot of jazz.  The nights I listened to him on the Pennsylvania Turnpike are vivid parts of my memories and I’m glad to have finally known him.  The last time we worked together was on a Hallmark commercial where ironically, his small grandson read to him.  He’s gone now, up there with Duke, Diz, Max, Bird, but I’ll never forget the pleasures he gave me driving past the smelly New Jersey refineries in the dead of night.