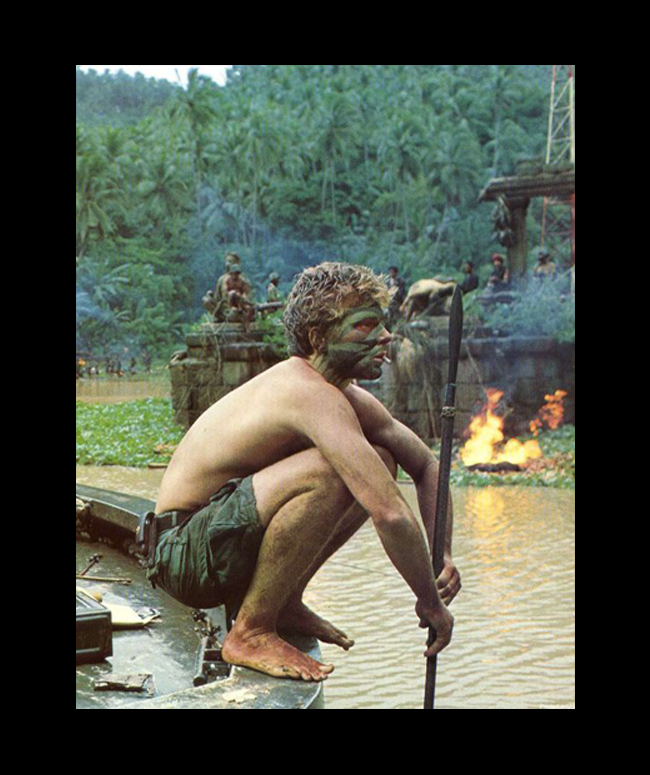 Sam was the sweet kid that died in THE LAST PICTURE SHOW.  He was also the surfer in APOCALYPSE NOW.  He had a face like an angel and had the sweetest smile ever.  We became friendly when he began doing commercials later in his career and I used him every chance I could. I dragged him to Alaska twice.

He had told me about the ‘fun’ they had making APOCALYPSE and I could see why it took so long to shoot. Sam got into a little trouble when the gossipy, EASY RIDERS, RAGING BULLS book was published. Coppola called him and asked if he was the one that ratted him out. Sam said, ‘Who, me?’

Sam kindly gave the introductory speech when the I was given the special DGA HONORS AWARD in New York.

We did have one great dinner before he passed. I remember an Yquem. One of Sam’s friends, a famous actor, was there and asked how much the Yquem would cost. I thought the question was inappropriate so I just told him he couldn’t afford it. He had just made a ten million dollar deal to do a monster flick.

Sam’s daughter sent me a picture of his surfer character from APOCALYPSE. I’m not ashamed to say I cried.