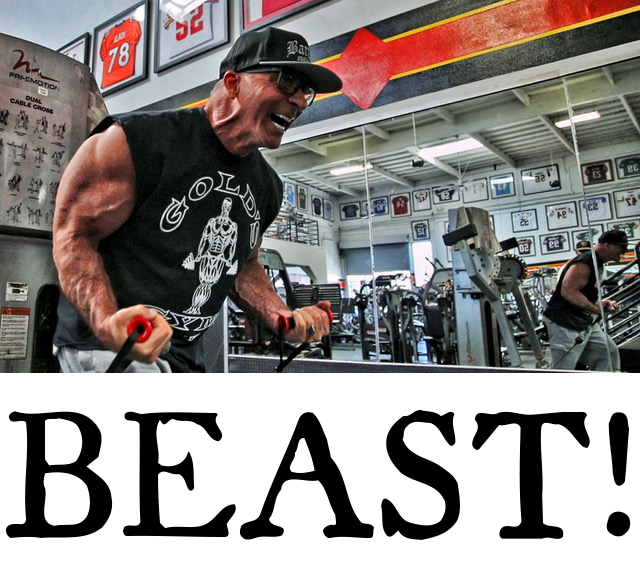 Rick Valente is a Venice bodybuilder. He’s from the old school Gold’s Gym. He won many contests back in the day, and he was insane about training. We trained together for a little while, but I just wasted his time.

I almost messed him up for good. I was shooting him for a Venice Muscle Beach sequence (the old, real Muscle Beach, not the new tourist trap) for the BO KNOWS commercial. I asked him about heavy weights, if he could press four hundred.

‘I haven’t done that for a while.’

We put four hundred on a bar and Rick laid down on the bench after warming up a little bit and neatly pushed that sucker up and down ONCE.

There was a huge black guy that was part of the scene and he tried and made a mess.

Some time goes by and I hear Rick is in the hospital. I visit.

‘I was sitting there thinking about the four hundred and I did a few reps and tore my pec.’

I had heard it was impossible to come back strong from a torn pec, but that info didn’t mean shit to Rick.  He recovered great and is still competing to this day.