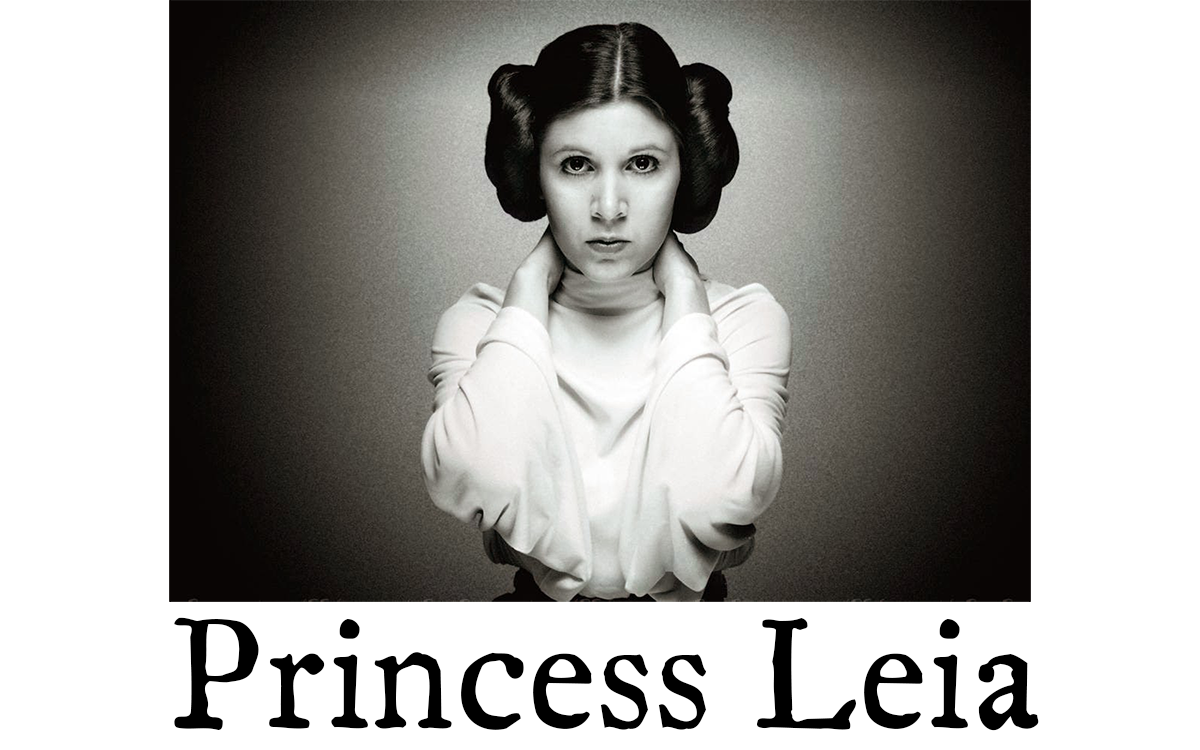 I get an IBM script featuring Carrie Fisher moderating a bunch of angry robots. The initial problem was getting the robots built.  We had to film in London as that’s where she was.

I checked out her performance in the latest Star Wars  movie and it was awful. I tried to talk the agency into using just the robots, but the deal has been made. Furthermore, I wouldn’t be able to see her until the day of the shoot.

The robots are fabulous and we film a bunch of robot only pieces for the internet that only emphasize my idea that they should stand alone. I consider filming my own version but there is more than enough to do and we only have a single shoot day.

On that day. I meet the Princess in her trailer and she is sitting there sipping from a Coke can. It’s the same as Ray’s Brew from the Ray Charles day. Ray was never without his large ceramic mug within reach (but out of the shot). Once Austin grabbed the ceramic mug to refill it (with water) and Ray’s guy said, ‘I’ll take care of that, Austin. It’s Ray’s Brew.’

I immediately put my foot in my mouth and asked what she was doing in London?

I let it slide and then was told they were already doing the next Star Wars rip.

In the day they were three years apart. I guess Disney was more efficient than Lucas.

The script is extremely overlong but that can be settled in the editing room.  Princess Leia expresses her concerns and I say that we will have teleprompters about. I have an actor behind each robot so each has a personality and The Princess doesn’t have to worry about give and take.

Because of the soda can and her nervousness about the script, I have great concern but know, if she falls apart, we can always fall back on my ‘only robots’ idea.

The idea isn’t that original. When I worked with the guys at Apogee (who got an Academy Award for their work on Star Wars) they told me that Lucas’ original idea was to shoot the entire movie without humans, only robots and critters.

First take. Astonishing! Her rhythms and dynamics were beyond anything. She made groping for a line work and created the character. I wish I had ten (or fifteen) cameras so that could capture every nuance. Every take was special.

After it all, I felt really stupid about my all robot suggestions. I just wondered why she hadn’t done a lot more work in her career and would probably just be remembered as Jabba the Hutt’s slave.

The Princess passed away less than a year later.