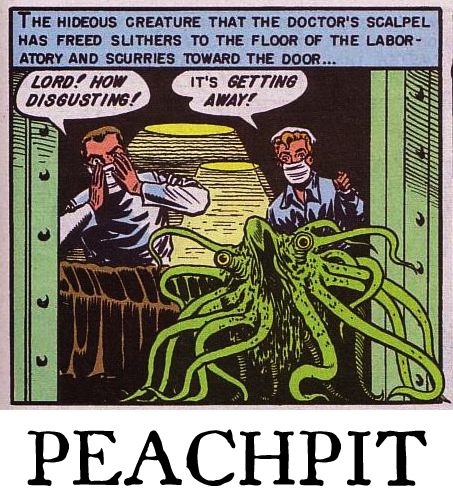 David Giler and I were chatting. David was the producer of LET IT RIDE, in the days when there was only one producer. David was a bright, erudite man. I know. Isn’t bright and erudite the same thing? No, you can be one without being the other but he was both. He was a scoundrel as well, loving the pleasure dens of Marbella and Bangkok.

We usually had lunch at Le Dome in West Hollywood and David would pound down Bloody Bullshots without apparent effect. One of the reasons I committed to LET IT RIDE was David’s taste. At our first meeting I likened the script to Milos Foreman’s, THE FIREMAN’S BALL, and David lit up. He was one of the perhaps three people in Hollywood that saw the film. He also produced ALIEN, Ridley Scott’s masterpiece.

I’m not sure that our chat took place at Le Dome or his office on the Warner Brothers back lot. I never figured why he had an office at Warner Brothers while Fox produced ALIEN and LET IT RIDE was at Paramount. I was curious why ALIEN was so good and was curious about some of the processes.

David said that he and his partner, Walter Hill, took pencil to paper. I asked about the original writers and was told they had a perpetual interest in the project.

‘What does that mean?’

‘That means that they will get a piece of every ALIEN movie.’

We started to gossip about the good stuff in the movie and where it came from. Giler sorta said it was all there on the page. Knowing Ridley Scott’s talents, I laughed (inside) but then…

‘What about the chest burster scene?  Did you write that?’

This was a reference to the scene where the Alien bursts out of the guy’s chest. It’s a fabulous scene, incredibly well shot.

‘We didn’t write that.  It was in the original script.’

‘You know it came from a comic book.’

‘It did, either from WEIRD SCIENCE or WEIRD FANTASY.’

I had a collection of EC Comics that I loved when was a kid. They were insanely real and beautifully drawn. When I went to art school, I mentioned several of the illustrators as sorta role models, not Rembrandt, Jack Davis. The comic books were forbidden by the Catholic Church but that didn’t stop me from getting them as soon as they were in the smoke shops. There were three sets, War, Horror, and Sci- Fi. I remember several shots in BARRY LYNDON and FULL METAL JACKET that reminded me of stories in these comics, so Kubrick probably read them as well. They were fabulously well done,  lots of Ray Bradbury.

I went through my collection and found the story, WEIRD SCIENCE no. 8. There is a character called Peachpit, a sailor on an aircraft carrier. He likes to suck on peach pits. He finds what he thinks is a peach pit and accidentally swallows it. He gets violently ill and the ship’s doctors operate and release a huge alien that slithers into the sea. I brought it to David’s office and showed him. 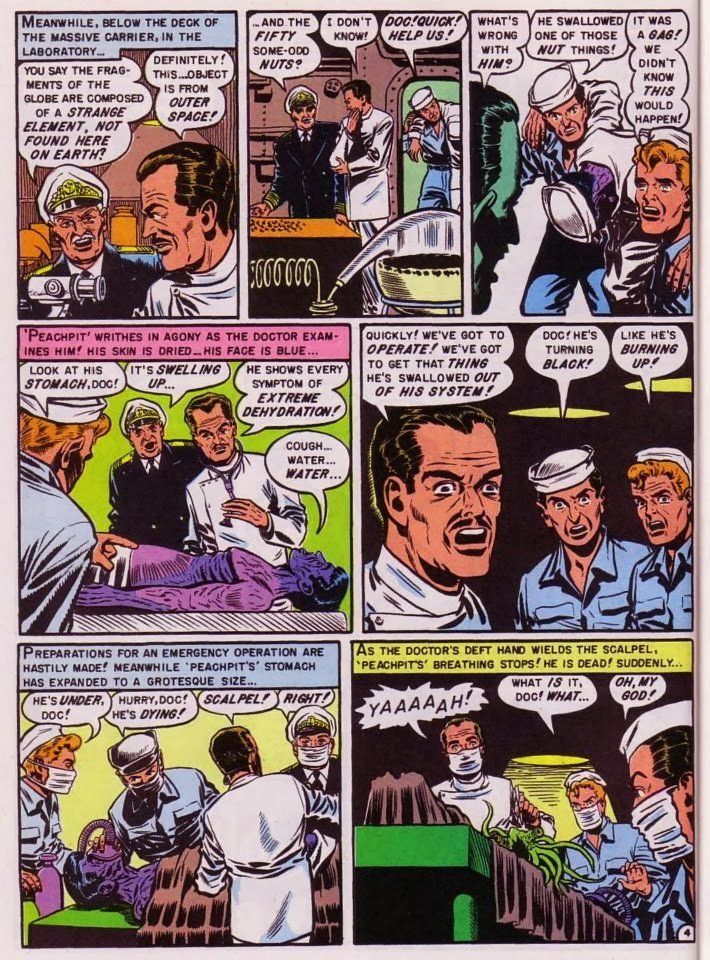 He turned white and angry.

‘The only reason we bought the script was for this scene. It was the only original thing in the story.’

There have been six ALIEN movies to date and Shusset and O’ Bannon have credits on all.