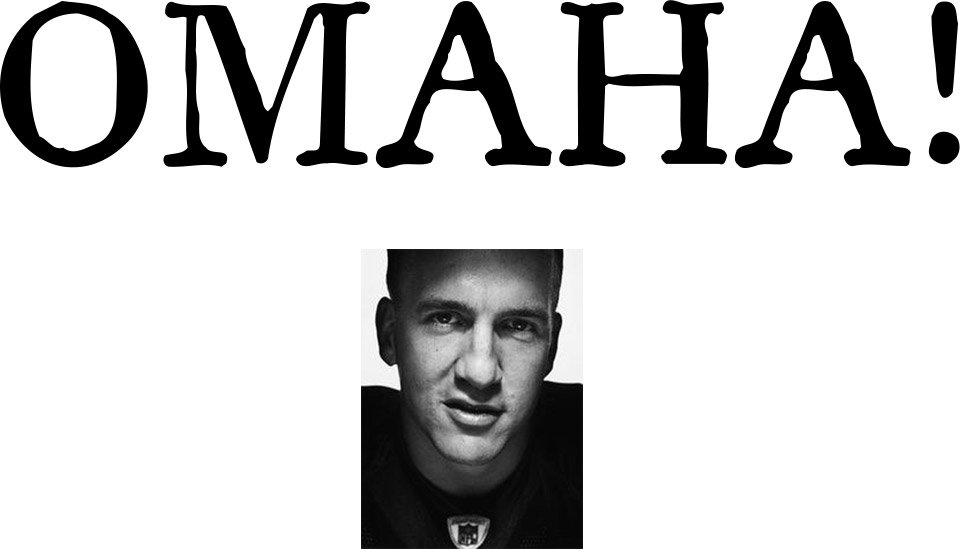 PEYTON MANNING was one of the best, professional, committed, and a gentleman. We worked on a Gatorade spot or two. One that didn’t run for a very strange reason. Manning had just come off neck surgery and was in bad shape but he dug in without complaint and did what had to be done. One of the jokes in the spot was his constant changing of the plays at the line of scrimmage. The other was him in period wardrobe playing the position. He endured through the pain he was suffering.

Some time goes by.

I’m filming in New Orleans and have a business suite at the hotel for production. I see a few tall athletic guys pass in the hallway. Means nothing. A few minutes go by and they reappear.  It’s Peyton, his father, and his brother. Peyton recognized me and stopped to say hello.

The production staff was aghast. I put my foot in my mouth big time by asking what they were doing there. I had forgotten that Archie, Peyton’s dad, lived there.  It was still a great moment and a symbol of Peyton’s thoughtfulness.

He later went on to win his second Super Bowl (to match his brother) and no one rooted for him more than me.

One of the very greats.