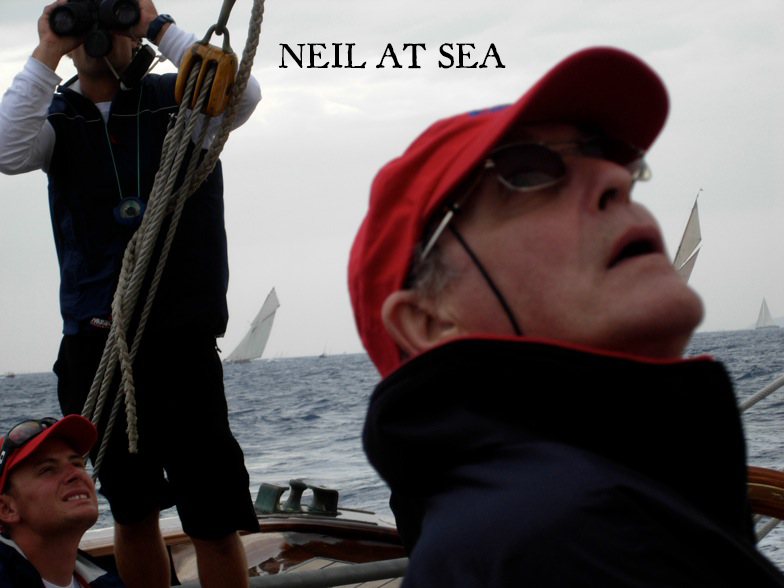 Neil Aspinall is watching the sails on Altair during the Voiles de St. Tropez.  We had an incident that put us in momentary disqualification but six months later we were reinstated.  We asked if we could get our trophy since we won the race, but the committee awkwardly mumbled an apology- but no trophy.  That was the time that Neil told me about Steve Jobs’ bullshit about the Beatles and APPLE CORPS, but that’s another story. Sadly, Neil passed a few years later, far too soon. I think it was a broken heart brought on by the Jobs fiasco.