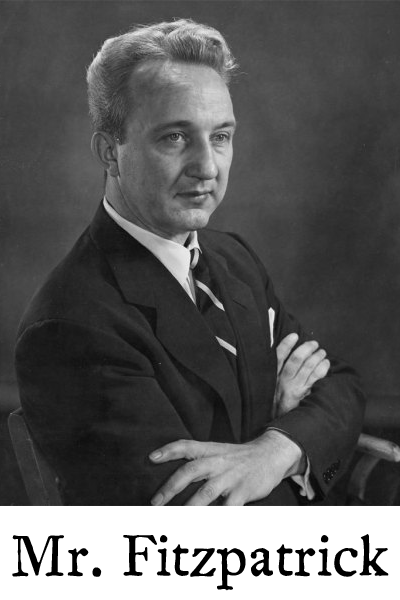 Carnegie Institute has a progressive art program that touched the Pittsburgh community in important ways. The program started (for me) in the fourth grade. It took two students from each school in the community and each year there was a winnowing out process so that at the end (six years), there were six (I believe) that were sent to CarnegieTech (now Carnegie Mellon) for advanced classes in painting, design, and sculpture. The most accomplished student was/is Andy Warhol.

I was privileged to make it through the program entirely, but I owe that to Mr. Joseph Fitzpatrick.  He ran the program after being one of its teachers. He was a tall, impossibly elegant gentleman, who would walk past the lines of students waiting for class, greeting them, some by name, and admonishing them gently, about posture, attitude, chewing gum. Ironically, he would address me as Mister Pytka, as did Mr. Rogers a few years later.

The better students were asked to be assistants to the staff, handing out pencils, crayons, paper to the students before class. For some reason, the staff disliked me, sometimes accusing me of silly transgressions. One confronted me saying I was doing cartwheels while doling out supplies. I couldn’t even do a cartwheel but she denied my denial.

We students were called Tam O Shanters, named after an Irish hat, but we didn’t have to wear them.  I thought the name was too cute, but… After each class, the top six assignments were selected for that week’s prize. Each of these students was to go to the stage and reproduce the work on a large easel as an ‘inspiration’ to the other students. It was called ‘being up on the easel.’ During the class these students would introduce themselves, their name, age, and school. No one was ‘up on the easel’ more than me. My mother actually became embarrassed. Go figure.

At the end of the sixth year, it was time to inform the final six students that were to go to Carnegie Tech. I wasn’t feeling very good about things. The past summer, I was passed over for a student project for the museum for who I considered lesser talents. I felt insulted because one of the student selected was a classic ass-kisser.

This particular Saturday morning, I was waiting in line for class supplies and Mr. Fitzpatrick stopped, greeted me, and asked if I had been notified of Carnegie Tech.

He looked at me for a while, then turned, and walked away. He came back a few minutes later.

“There was a misunderstanding. You’ll be going to Tech in the fall.”

I don’t remember anything about my thanking him or any circumstances being explained. He obviously went to bat for me.

Mr. Fitzpatrick was the most elegant, genteel man I have ever met. His most famous student was Andy Warhol. I regret I was never able to thank him properly for allowing me this privilege.