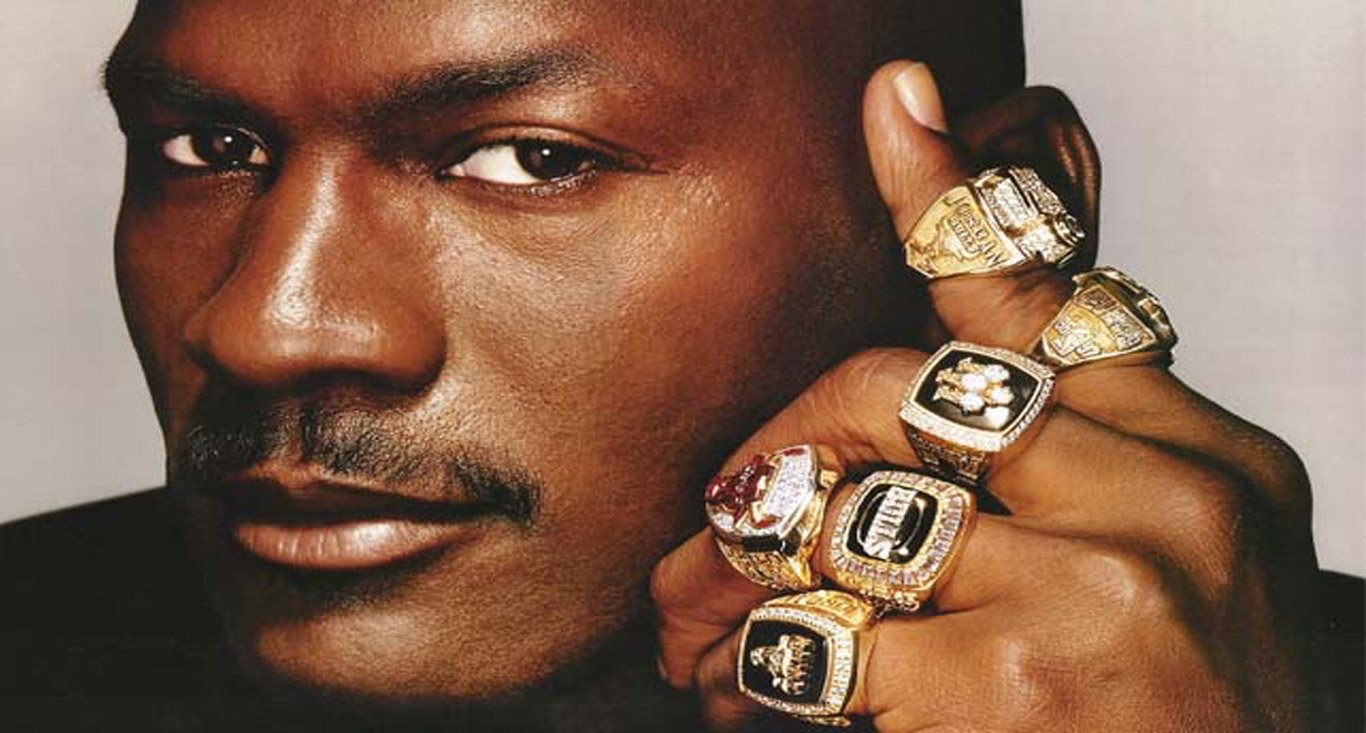 I worked with Michael Jordan from his professional beginnings to the end of his playing career.  We were friendly but I don’t think we were ever friends.  Our relationship was strictly professional.  We never had a meal together, not even a Big Mac.  Two different worlds.  The best thing I could say about our relationship is that he trusted me.  We did have some fun together, although he cursed me a few times during SPACE JAM.  I told him it could be fun, but he never understood the grind that a feature film was.  Hey Mike, try directing.

Michael was an extraordinary human being.  Absolutely unique and absolutely charismatic.  When Jim Riswold first told me about him, I said, “What’s the big deal?”  When I met him, I understood.  We butted heads from the beginning.  The first spot we did was ROCKABABY.  Michael was coming off knee surgery and was tentative.  He gave me two dunks.  Thank God I had a bunch of cameras because he missed one of them.  It wasn’t an easy move because it was his patented ROCKABABY.  Watching the dailies was like going through a museum of Greek sculpture.  Every aspect of him was elegant and graceful.  There is a shot of his feet off the ground, and someone asked if we had him on a wire.  Before the shoot, we played H.O.R.S.E.  Michael shot left handed.  I had a baby hook that I could make easily and he couldn’t shoot it left-handed. He beat me with a flat footed dunk.  I said that wasn’t fair.  He said he didn’t want to lose to a white boy.  I used the ‘no dunking’ line in NOTHING BUT NET, the McDonald’s commercial with Larry Bird.

The competition never stopped.  We shot pool in the Bulls’ training facility and he cleaned me out of all the production’s petty cash.  I got him back a few years later during the filming of SPACE JAM.  We were fooling around between takes and he was pitching to me.  One of the producers, Joe Medjuck, said to me that I was a pretty good basketball player but not so good at baseball.  I just listened.  There was a full stadium of extras.  Michael’s first pitch was low.  His second pitch was low.  I motioned for him to get the ball up into the strike zone.  I got comfortable in my Charlie Lau stance (weight on the back foot shown to me by Norm Larker, ex-Dodger), checked the trademark on the bat to make sure the grain of the wood was facing the right way and checked that my knuckles were aligned like Yogi Berra showed me.  Michael threw the next pitch.  It was still a bit low, around the knees, but I swung and hit a shot to right center.  That means I was a little behind the pitch, maybe a few thousandths of a second. I wanted to pull it but the shot to right center was fine.  For those of you unfamiliar with baseball terms, a shot is a ball that is hit on a line with full power.  As soon as I connected, I knew it was good and I set the bat carefully on the ground and walked out of the batter’s box toward the dugout.  The crowd had exploded when I hit the ball.  Huge roar.  I walked past Medjuck and as I passed a guard, he said that was the best thing he had ever seen in his life.  When I passed Michael, he said I was a lucky bitch.  I said to him, you’ll never know.  I never saw where the ball landed.  John Roselius said it was a home run. I think it was just a gap shot. Thanks, Yogi.

I watched Michael’s Hall Of Fame speech.  It was a mess.  He should have gotten Riswold to write it.