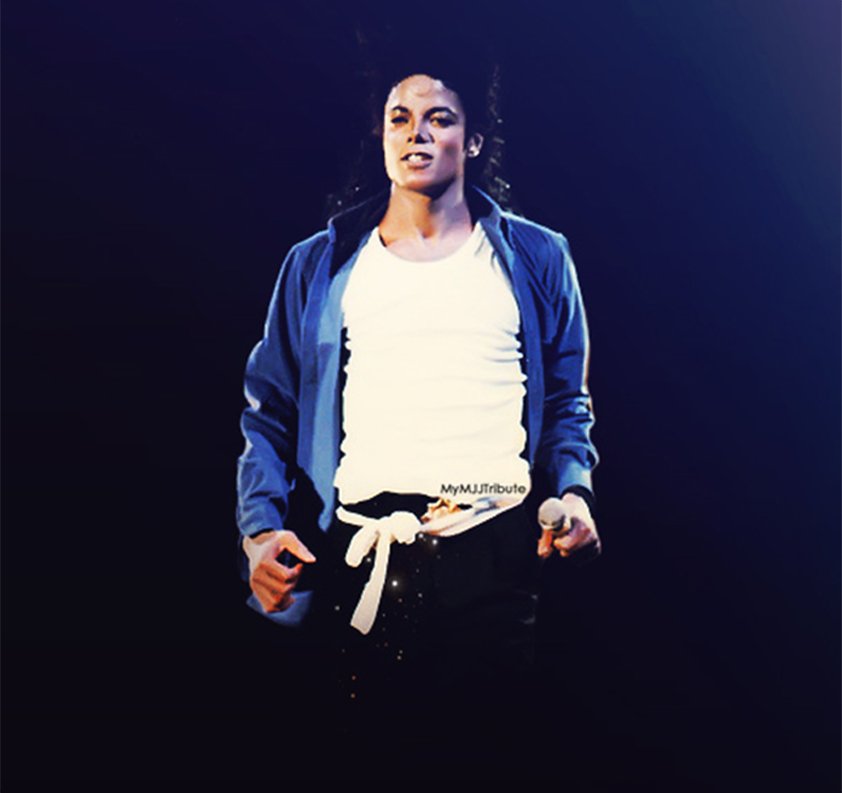 Michael’s contribution to music is immeasurable.  I equate him with Joe Louis, Muhammad Ali, Rosa Parks, Malcolm X, and Martin Luther King for his contributions to racial equality.  Before Michael, black musicians were exploited and relegated to the edges of popular culture.  The Beatles, Stones, Elvis, and Pat Boone drew from black culture and exploited it endlessly.  Michael ended all that.  After Michael, black entertainers became regarded equally, not relegated to the R&B stacks.

Michael was a genius.  He had an unparalleled vision and insight.  He also respected the talents of others.  After working with him on Pepsi commercials, I had the privilege of doing three videos for him.  The first, THE WAY YOU MAKE ME FEEL, was a number one as was the second, DIRTY DIANA.  That was the intent.  Make these songs number ones.

THE WAY YOU MAKE ME FEEL

When I first heard the demo for THE WAY… I felt the song was soft.  It reminded me of a summer’s day in Kansas.  I hadn’t a clue of what to do.  Quincy Jones said simply, “The song has to get Michael some pussy.”  I asked Michael where he thought it should take place and he said Skid Row.  I got some gang members together, the Bloods and the Crips and did some crude documentaries of how they hung out and dealt with their women.  The video more or less represents that reality.  I showed the stuff to Michael, apologizing for the language, but he loved the stuff and asked if the video could have the same “truthful look.”  It was his instinctive way of saying cinéma vérité. Michael wanted a long prequel to the actual video so I asked playwright August Wilson to help and he turned me down flat.  Martin Scorsese had gotten Richard Price to write the material for BAD.  I decided to write the thing myself.  Most people haven’t seen the LONG FORM.  Epic felt that it wouldn’t get enough play at the longer length so we cut a much shorter version.  The purpose of videos, remember, is to sell records.  The critics and the public completely missed the fact that there is another song on the video, Roy Ayers, HOT, HOT, HOT.  It was used to set up the piece.  I had wanted to use Miles Davis but Michael’s manager, Frank Dileo said not to because Miles was a pain in the ass to deal with.  I had been experimenting (with the editor Larry Bridges) with filmic techniques, especially how little information a shot needs to get a point across.  The structure of the piece was a loose sonata form with the final movement being rather poetic.  Michael had said that he didn’t want to dance in a formal manner but during the prep and prelight days I heard the song playing in a distant room in the warehouse we were using as a sound stage.  I popped my head in and there was Michael and Vince Paterson rehearsing a formal piece.  I watched for a while and they then told me that Michael had decided to put in some dance after all.  My problem was that I had no place to put it.  I went back to the set and asked Geoffrey Kirkland, the production designer, to build a place for a fire hydrant at the end of the set.  I then took a sledge hammer to a beater car and we had a setpiece.  The choreographed piece was provocative and wonderful, full of Michael and Vince’s genius.

The charge here was to give Michael a hard rocker look.  That’s where the ‘concert’ idea came from.  We built a set and had a live audience for the first day.  My friend Conrad Hall was between films and he kindly consented to be one of the camera teams.  I didn’t really know what Michael was going to do onstage, I had to be prepared for anything.  That’s why Conrad’s presence was so important.  Conrad was one of the two great cinematographers of all time and I knew I would have great coverage without the responsibility of having to ‘direct’ the camera.  He gave me the freedom to shoot my camera and take risks.  The video was a number one (not as sure a thing as you might expect since THRILLER never was a number one).  Steve Stevens’ suit cost twenty grand.  We couldn’t shoot much the second day because Michael was doing his knee slides without pads the first day.  I had planned on engulfing the set with rain and lightning and literally destroying it in the deluge but had to settle with a concert video.  Michael’s performance was enough of a storm.  He made Mick Jagger look phony.  There is some talk that the girl was Cheryl Crow.  Not true.  She was just a terrific leg model.

I told Michael that he couldn’t be in the video.  He agreed.  I really wanted to go around the world and shoot it but the cost, logistics, and deadlines were too monstrous.  The message was completely altruistic and I think powerful.  I had to meet Michael in Romania to discuss the concept.  There was a huge military presence there because of the political upheavals of that time.  I was driven to the presidential palace, where Michael was staying, and had to go through more checkpoints than James Bond.  Because of Michael’s concert there, elections were delayed. I was never happier to get out of a place than Romania.

I was close to Michael for many years.  He would call from time to time to hang out, usually in the middle of the night at a studio while he was mixing an album.  The best was at the Beverly Hills Hotel, where he was ‘hiding’ with his young son. We just reminisced about some of the things we had done.  His son was about a year or so old and adorable, fascinated with my height and hair.  Michael was discussing a video he was doing with Vince Paterson directing.  I suggested Conrad Hall shooting it since Conrad did such a terrific job on Dirty Diana.

That was the last time I saw him.  All hell broke loose and he became reclusive.  Sad.