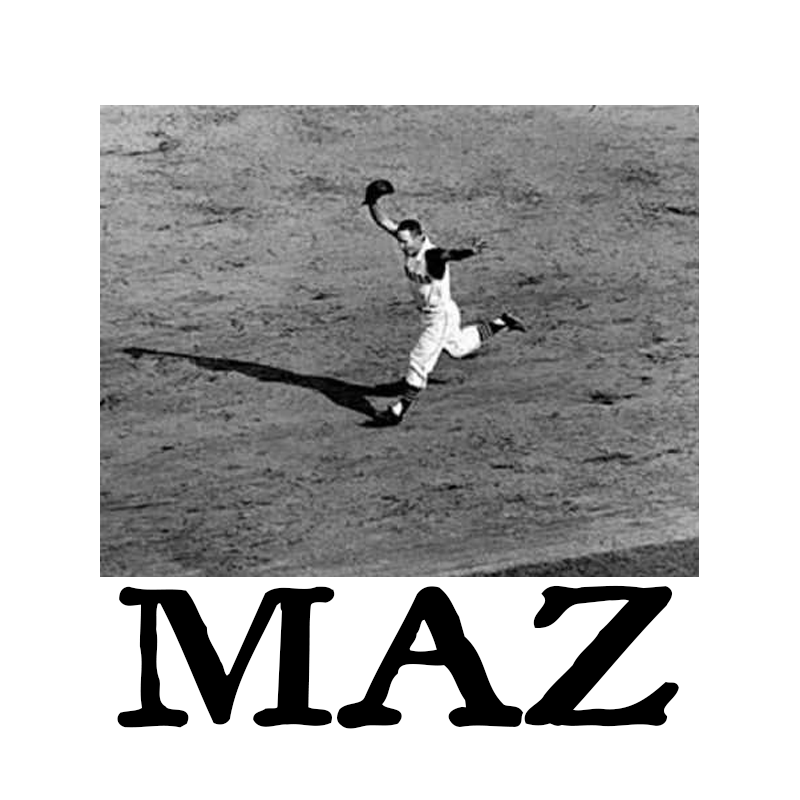 When I was a kid growing up in Pittsburgh, Bill Mazeroski was one of my heroes. His play at second base was second to none. His move on the double play was so fluid you couldn’t see the throwing motion, the ball just accelerated past second on the way to first after Dick Groat’s initial throw to Maz. He also was heroic because he married the prettiest girl from my hometown of Braddock. I saw him play a lot since I went to summer art school at the Carnegie Museum across the street from Forbes Field and there were a lot of kids days then.

Years later, when Maz hit the most famous home run in baseball history, I was working and didn’t see it, but the film lab I was in developed the news film for the series in Pittsburgh and I ran off a few 16mm prints of the event. They’re gone, not ever being returned by people I lent them to.

Years go by and Iron City Beer is doing commercials ripping off Miller Beer’s famous ‘Retired Atheletes’ campaign. I get a call to do a commercial with Mazeroski and Roy Face, the famous relief pitcher. We’re shooting it in a bar that Mazeroski owns in his home town in the West Virginia panhandle.

We get to the bar first thing in the morning and the place is half filled with night shift steelworkers not in a hurry to get home. Maz and Roy are already on their way to getting shitfaced and have not aged gracefully.  I shoot the spot.  It’s terrible.

Years go by and I get a last minute request to do a Baseball World Series ad. The Series is a week away. The idea is that the whole world is either watching or listening to the event. The discussion is ‘what game?’ I suggest the ’60 World Series and Maz’ walk off homer.

By a miracle everyone agrees, after they do the homework.

The spot is a huge hit and runs for years, until an account bozo suggest that since it’s a Bud ad it should have a St. Louis Cardinal ending.

More years go by and I’m working with Yogi Berra. He watched the home run from left field. He was playing that position in that game for his bat. Yogi started trotting off the field before the ball even left the park.

Maz finally got into the Baseball Hall of Fame, many years after he retired. Many thought he didn’t deserve it, and was in only because of that home run. Bill James, the expert on baseball sabermetrics, and named on of the 100 most influential people in the world by Time Magazine, say flat out that Bill Mazeroski was the best defensive player at any position in baseball history.