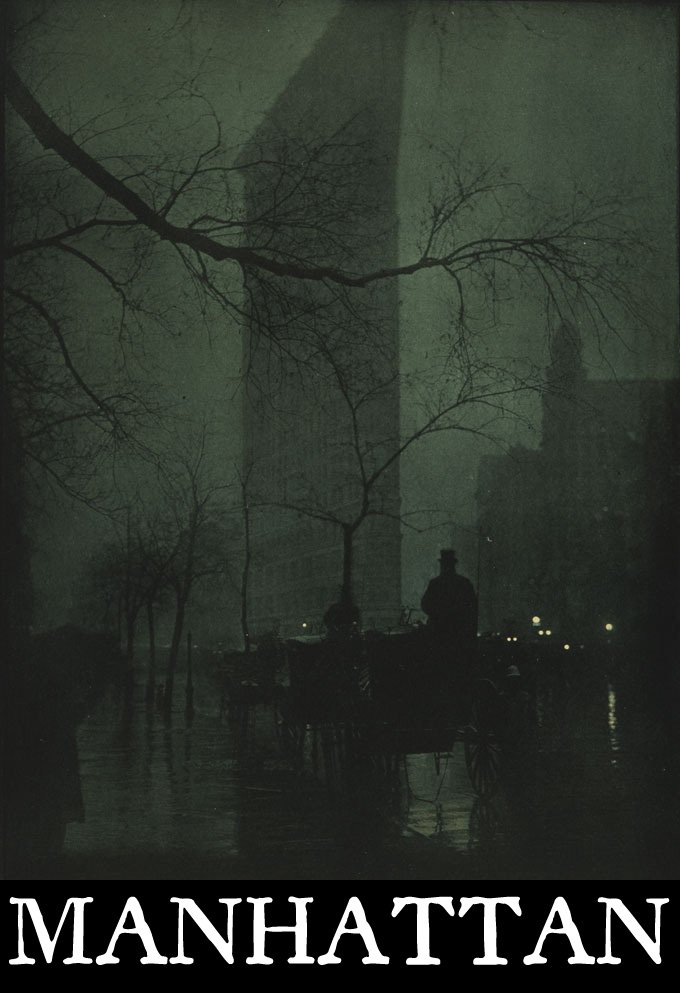 I’m working on a freebie, a pitch for the Olympics to come to New York.  There’s no real idea, just watch parts of New York edited to the Olympics music.  The only given is to cover aspects of the city that are unique to the city.  That’s easy since the city is beyond photogenic.  My only suggestion is not to stage anything.  One of my inspirations is the opening of Woody Allen’s, MANHATTAN.  I want to shoot in black and white.  New York has always been a black and white city to me.  All my memories of the city are black and white, dating back to the wonderful photos of the city by Stieglitz.  I remember taking a late night carriage ride in Central Park with my young daughters and the evening was exactly like one of his photos of Manhattan at night.

Since I was paying for everything myself, there was no time limit and my obligations were just to provide a good film.  The only ‘given’ was to shoot at CBGB’s because it was to go out of business soon.  The ‘Committee’ was to get permissions for the various specific things we were to shoot.  I felt that the NY Phil, Lincoln Center Jazz, Broadway Theater, and some other things were important for Kultchur.  I was excited to have access to Broadway, Jazz, the Philharmonic.

I guess the city didn’t want the Olympics after all.

We got to shoot Bobby Short at the Carlyle instead of Lincoln Center.

I shot the Czech Philharmonic.  The stagehands local cooperated where the NY Musicians Union wouldn’t.

I stole the Central Park stuff (and got busted in the process, pleading ignorance).

I stole the Subway stuff.

I just shot some Broadway signs.

The score was another thing.  The music ain’t that great and I wanted to use the sounds of the city as music, sirens, car horns, trains, planes and automobiles, chatter.  I had flown a sound man from LA and he recorded a bunch of that stuff to test.  All of the musicians I knew, fled when they heard the idea.  I haven’t spoken to any of them since.  Pussies!

John Norvet, my editor, found a few that tried but there wasn’t any indication that they were capable of making it work.  Ironically, I could hear it in my head, but…

There was a new guy,  Scott Salinas, right down the street in Venice that came up with a digital demo that captured a mood and transcended the normal bombast of the Olympic theme.  It was an orchestral mix of  Classical, Jazz, Punk and Street Music.

The N Y Phil refused to record it.

Scott flew to London to record.  The Jazz parts were overdubbed in LA (is this really going to be a paean to New York?).  There was something lacking, a jazz presence.  One of my favorite pieces of music is Dave Brubeck’s obscure, Dialogues for Jazz Combo and Orchestra, especially the fourth movement., Allegro- Blues.  The only reference to jazz was a street saxophone player in Central Park. I spoke with Scott and he suggested recording over what we had .  Cool.  I met him at the session and he introduced me to the saxophonist.  I expected a black man and the guy was Israeli.

It worked great.  The guy nailed it on the first take.

I love the cobbled together  piece.  It was more of a struggle than I had hoped but it did reflect the workings for the city,  with a great deal of help from LA, London, and Prague.

I was so excited about Scott’s score that we spoke of doing a Classic/ Jazz concert at some point. I never followed up.  I should have.

By the way, New York didn’t get the Olympics after all.