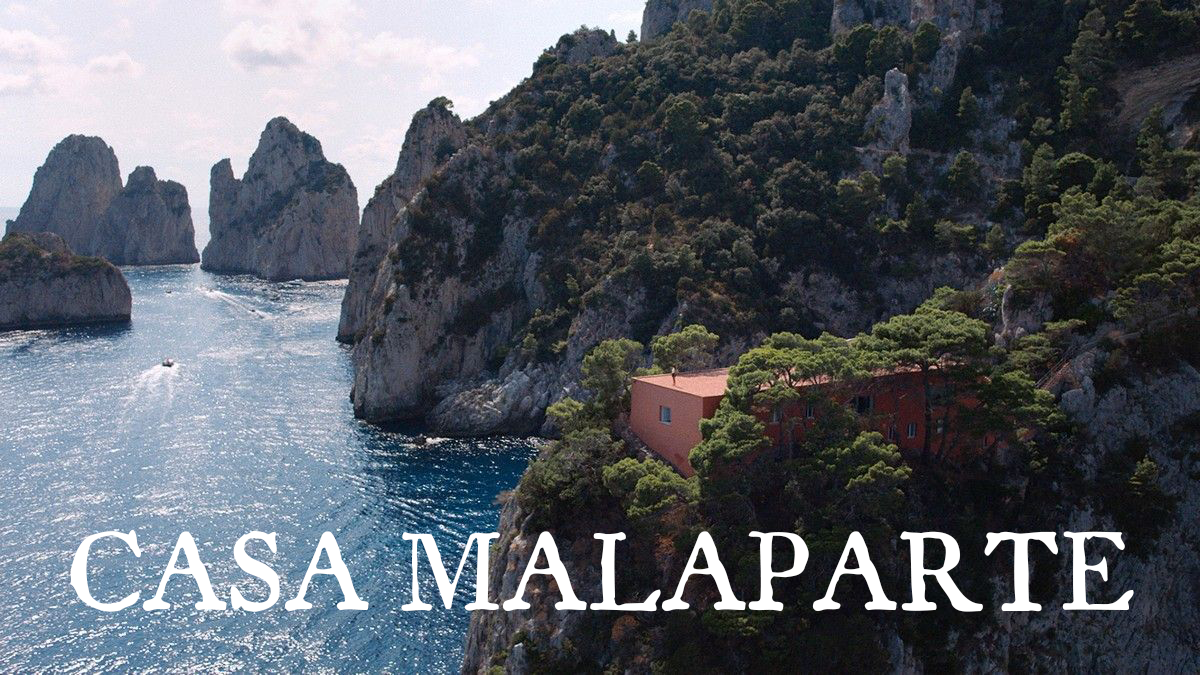 I have no idea when or where or why I discovered this extraordinary house. It was a significant part of Godard’s LE MEPRIS but I never really liked that film. I liked it even less when I found out all the compromises Godard made at the producer’s request. The producer said he didn’t see enough of Bardot’s ass so Godard got a double for ass shots. The cast was a mess and the film is dominated by a scene in a Rome apartment where the two protagonists bicker. The only interesting bickerer is Brigitte Bardot.

The house is a spectacular piece of architecture in a spectacular setting. Every year we would park Altair in the small bay by the house. There is a staircase from the water up to the house and I regret never taking it. The only other access is across private property from Capri and it is said to take an hour and a half (if you can get permission). These circumstances are strange and I never sought to see what the truth of all this was.

There have been many books and stories written about this great house. It seems like there are many commercials (fashion and perfume) being shot there now, as well. A recent one with Emma Stone is particularly silly, the attempt being to make her into a femme fatale.

Curzio Malaparte was a writer, poet, filmmaker and he is given credit for creating the house as he rejected the nominal architect’s plans and used a local stonemason as chief contractor. Part of the house is based on a church and the rest resembles a Mayan human sacrificial site. I’m not that familiar with the interior. My friend, Vincent, has said that he has been inside and that it is special, minimalist, and sculptural.

Malaparte, himself, was a curious person. He was initially a Fascist, an early Mussolini supporter, but in later life he became a Communist. There is a strange story that he built the house while under arrest, from 1938 until 1941, but I never understood the details. I’m more interested in the house than I am him. I like Moravia but I’ve never read Malaparte.

I’ve watched LE MEPRIS numerous times just to get a feel for the house. The only new discovery is a ripoff of a shot by Guy Bourdin.

There is an irony here. Bourdin was notorious for defending his work against appropriation. He actually won a lawsuit against Madonna for her use of some of his images.