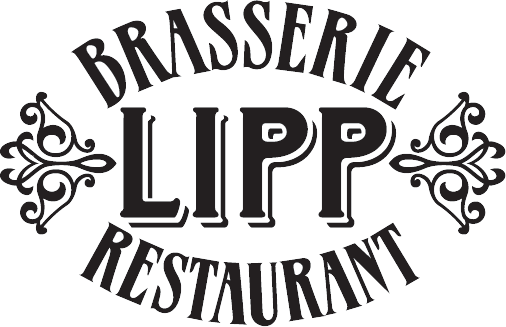 Brasserie Lipp was one of Hemingway’s haunts.  At least he says so in his book, A MOVEABLE FEAST. I was offered a chance to make a film of it a while back but there wasn’t really a story there and I don’t like Hemingway much as a person. Fitzgerald helped him greatly and altruistically but Hemingway treated him badly.

FEAST was published posthumously and Hemingway’s wife had a great deal to do with it and it was tampered with some more and republished.

My friend Rick Hess studied Hemingway in college and we continually argue. Well, not so much anymore, but then…

I was fortunate to film in Lipp (Hemingway called it Lipp’s) and the place looks like it has never changed. The visual opportunities make you feel like Brassai. The owner died a few years ago and locals said it lost something so don’t go there. I go there every chance I get. The waiters and food are historic.

Lipp  is an important part of Paris and its history.  I hope it never changes.