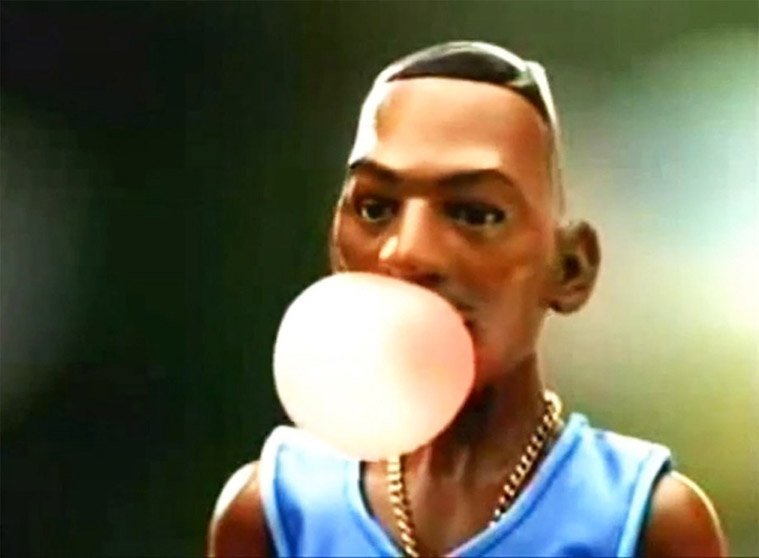 L’il Penny was an alter ego Puppet that Stacy Wall created for a Nike campaign. I guess Penny Hardaway wasn’t interesting enough by himself. L’il is Stacy’s version of Chucky. I had worked with ventriloquists in the past and it is astonishing what they get away with using their ‘dummies.’  Actually you are not allowed to refer to them as ‘dummies.’ They are ‘vent people.’  Sitting on the ventriloquist’s lap, they can say the most outrageous things and you actually give them props, and don’t blame the ventriloquists. The ability to speak honestly or outrageously is their gift and Stacy used this trait to full effect while the campaign ran.  The best of the bunch was the spot called PLAYGROUND. It was a parody of a Michael Jordan commercial called FROZEN MOMENT, and Stacy also used the same music (with different lyrics). It pissed off Michael but I just told him to cool it, you’re above all that.  The commercial shows that life goes on even though a great thing could be happening on a basketball court, instead of time stopping for the world.  It made ad people angry because most of them didn’t get it.  Like most of Stacy’s work, too cool for school.