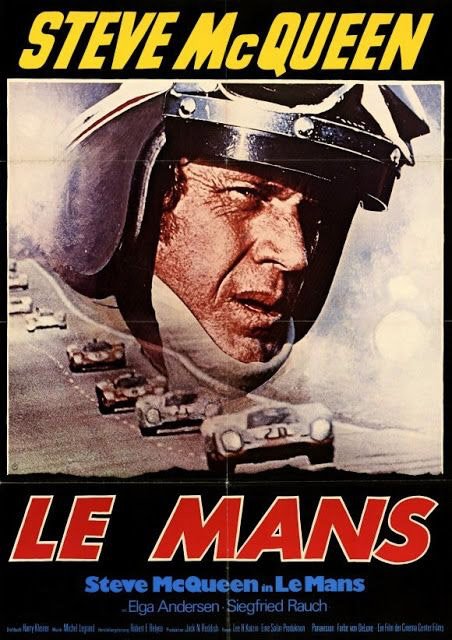 I had a contretemps with Steve McQueen about the film we shot for a GM project. We had screened the dailies and McQueen wanted to keep the film to show to ‘his people.’ When I questioned him, he told me that there was no way we could work together and he was going to take over the project.

I went back to his studio and took the film, lying to the receptionist. McQueen screwed up our project with his hubris, but I wondered why he wanted ‘his people’ to watch the desert dailies. He had mentioned that his next film was LE MANS, but…

Years, years, years, go by. The film, LE MANS wasn’t very good. The racing stuff was cool because it was real, pre-digital (does digital ever look real?). I would occasionally wonder why McQueen made the comments about ‘his people’ seeing the dailies from our project. The curtain lifted when I watched the documentary, STEVE MCQUEEN, THE MAN AND LE MANS. McQueen wanted to do a docudrama about Le Mans, but the studio forced him to insert a story, a really dumb story, that wrecks the movie. It would seem that McQueen wanted ‘his people’ to see my dailies to see documentary style footage for LE MANS.  McQueen, used to the Hollywood systems, probably liked the ‘reality’ of doc style cinematography. No matter. He made the movie he was forced to make, but the essence of what he wanted is there.