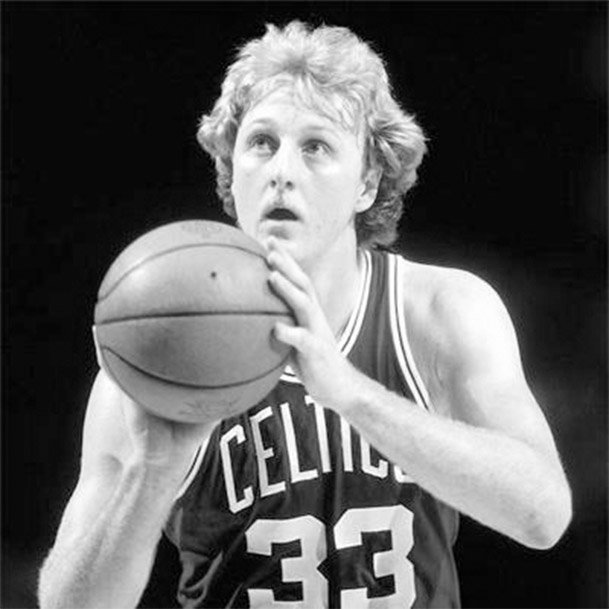 So I’m doing this McDonald’s commercial with Larry Bird and Michael Jordan.  It’s Chicago and there’s a blizzard outside. Michael’s late and I’m killing time by playing basketball with some of my crew and the stand-ins for MJ and Bird. I had just met Bird and we passed a few pleasantries but I’m just hoping that Michael shows up soon because the agency is beginning to panic. Game over and I walk to the sidelines of the court. Bird is sitting there with his agent.

‘There are a lotta guys like you back in Indiana. They play in the middle of the night, sometimes, to get court time.’

‘Middle of the night?’

‘Yeah. They all love the game. I watch them sometimes. I’ve watched a lot of basketball through the years.’

(I think, where is this going?)

‘…a lot of basketball…and I can say with all honesty…that you…are the WORST player I have ever seen.’

(I don’t bat an eye, after all I gotta work with this guy if Michael ever shows up.)

‘The worst. You have two moves’

‘I don’t have to show all my stuff with these guys. Why don’t you get out there?  I’ll use some of my good stuff.’

Eventually we do play some with the extras and stand-ins and I learn a lot. I’m guarding Bird and he never misses a shot. He insists that I play properly. ‘NO ZONE!’ Every time I sit back a step he shouts, ‘ZONE.’ I never forgot that.

The spot is a huge success, number one in the Super Bowl, and is partially responsible for SPACE JAM. I keep in loose touch with Larry Bird and we eventually redo the spot for McDonald’s using Dwight Howard and LeBron James. Bird and I are sitting, chatting, and Bird looks at the two guys on the court in their sweaty magnificence and says, ‘I got out just in time.’

Time goes by and a friend asks me if I can help his son get into an NBA training camp. I contact Larry and MJ. Larry is on the phone within minutes trying to help.

I never heard from MJ.