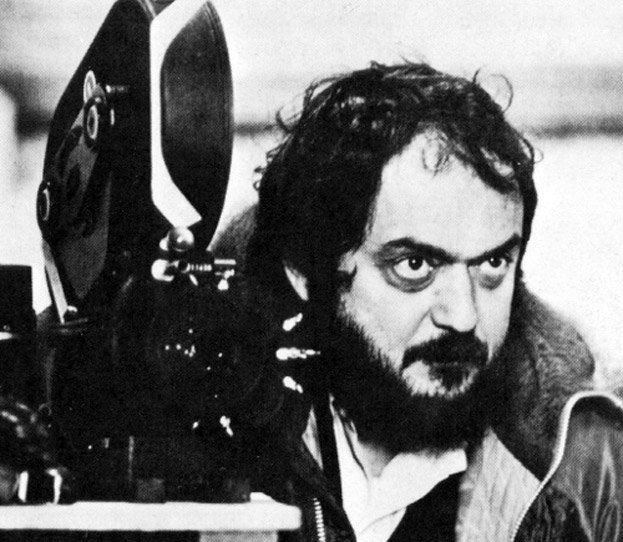 I was having a terrible time in college (Chemical Engineering) and was spending most of my time between classes in the library reading old film reviews and listening to jazz records.  My favorite magazine was SIGHT AND SOUND, a highbrow British film quarterly.  It spoke of films I hadn’t known.  One particular issue caught my eye as it had production stills from PATHS OF GLORY by Stanley Kubrick.  The stills were astonishing in their reality, reminding me of photographs from LIFE magazine, particularly those of W. Eugene Smith, a photographer that I admired.  I couldn’t wait to see the film but it was probably two years from that day that I finally saw it.  I was disappointed in the film because the performers were all B movie actors and the story was simplistic, but the images were still astonishing, being as real as anything I had seen in movies to that point.  I did become a Kubrick fan, though, and forgave him for his missteps because what he tried to do was beyond what others had ever done.  I suffered through SPARTACUS and LOLITA then came DR. STRANGELOVE, where he redeemed himself.  Then 2001 completely leaped across the Science Fiction (or Speculative Fiction as it was then called) genre.  It hasn’t been equaled to this day.  I didn’t like A CLOCKWORK ORANGE much because I didn’t think he improved on the book.  I loved BARRY LYNDON (I’ve revised my opinion a bit). Then came THE SHINING and FULL METAL JACKET, both failures in my opinion but both with some amazing stuff.  I won’t comment on EYES WIDE SHUT.  Despite my opinions of his films I continued to watch them over and over and one of the best days of my life was seeing  PATHS OF GLORY and DR. STRANGELOVE back to back while bedridden one weekend.  Kubrick has always been a reference point for me because despite any problems I had with his scripts or acting (Ryan O’Neal) the filmmaking was always impeccable.

A few years ago, I was filming in Italy and needed a Steadicam operator.  My usual guy was busy on a feature so I hired a guy that claimed he had worked on FULL METAL JACKET.  If he’s good enough for Kubrick, he’s good enough for me.  He turned out to be horrible and I had to shoot the thing hand held.  On the way back to the States I had a layover at Heathrow and browsed some books.  There was a new book about Kubrick by John Baxter and I leafed through the thing and found a passage about the Steadicam guy.  He had only lasted a day with Kubrick also.  Kubrick fired him after seeing the first day’s rushes.  Funny.

Kubrick had started as a photojournalist and his films had that reality.  I hated the theatrical look of typical Hollywood studio films and that is a reason I was attracted to and admired Kubrick.  He was a maverick and it showed in his work.  An interesting thing happened parallel to our shared experience with the Steadicam operator.

The New York Times did an interview with him during the filming of FULL METAL JACKET.  He was speaking of his frustration with normal narrative that bound films.  He mentioned that he liked the Michelob commercials that he saw on the NFL games that he had sent to him from the States.  It was a campaign that I had filmed. He liked the attitude and the insouciance of the stuff, the non linearity of the imagery.  The story told without a story.  When I read his comments I thought about those miserable days in the library where the only joy was looking at the stills from PATHS OF GLORY. I never dreamt that there could be some connection.