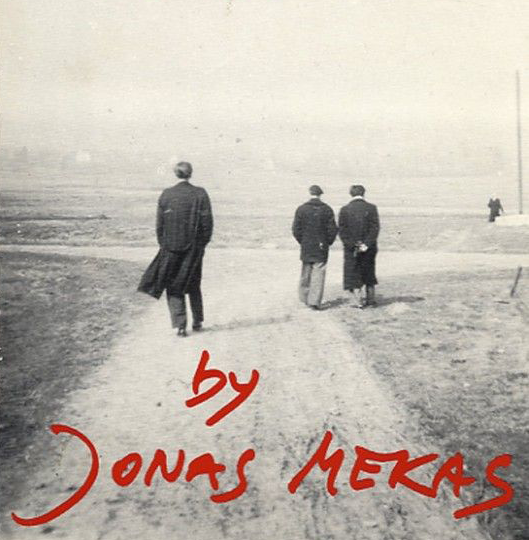 I had moved to New York to do post production for MGM Telestudios, a division of Metro- Goldwyn- Mayer.  When I moved there, the newspapers were on strike, except for THE VILLAGE VOICE.  That’s when I discovered Jonas Mekas, who was a columnist and film critic. His column, THE FILM JOURNAL, was compelling and unusual, even for a time when there were fabulous critics, Andrew Sarris, Dwight MacDonald, Pauline Kael, and others. They were real film critics and I sort of agreed with Kael’s trashing of 2001 when I saw it, although I like the stuff in the spaceship very much. When I saw the film, I almost laughed out loud at the bombast of the opening music. I almost bought the apes but they went on too long, but the elegance and beauty of the space ship sequences redeemed the film for me. I’ve ripped 2001 off many times in commercials and always (almost) to great effect.

Mekas ran a thing called the FILM MAKERS COOPERATIVE in trying to establish A NEW AMERICAN CINEMA. Back in Pittsburgh, I had a number of friends who were trying to make their own films and I tried to help them as much as possible when I ran the WRS Lab, but I moved to New York for the challenge but my eyes had been opened to new ways of ‘cinema’ and Mekas and his writings added to my perceptions. I tried to see as many of the avant-garde films that he wrote of as they were accessible because of all the retrospective cinemas in New York at that time.

I was developing skills at MGM, editing, optical printing, film chemistry, but they were mostly technical and subject to the work of others.  I felt that my technical experience could be helpful in some way to Mekas and his groups, so I contacted him several times with no result.  There was no place for me since I wasn’t a filmmaker.  Sad.

Mekas’ philosophy was to free film from the business interests, studios, scriptwriters, businessmen, etc. and address free cinema.  He hoped for the day when technology allowed free expression.  For many of his filmmakers, even eight millimeter was too expensive.

His film reviews were refreshing as he saw things that no one else saw. He felt that TOUCH OF EVIL was a better film than CITIZEN KANE and never reviewed a Stanley Kubrick film. He excoriated Cassavetes for destroying his first version of SHADOWS in order to make it more commercial, but his support of the avant-garde, Markopoulos, Brakhage, Robert Frank, Barbara Rubin was his love.

The films were often difficult and overlong but the same could be said for John Coltrane. Miles once asked why Trane’s solos were so long and Coltrane answered, ‘That’s how long it takes to say it.’

Soon after, I went back to Pittsburgh because of my frustration of working at a day job and fortunately began to make films on my own at WQED, a public broadcasting station. I tried to bring some of what I had been exposed to through Mekas and the filmmakers he supported and was successful here and there.  Through the years, I was able to do bits in commercial work, notably LEE JEANS and MICHELOB. I often recall and re-read Mekas’ references to films and their relation to poetry, painting, and some literature as business continues its inroads into the various forms of artful communication never more than now.

Mekas work is a precious and necessary reference point.