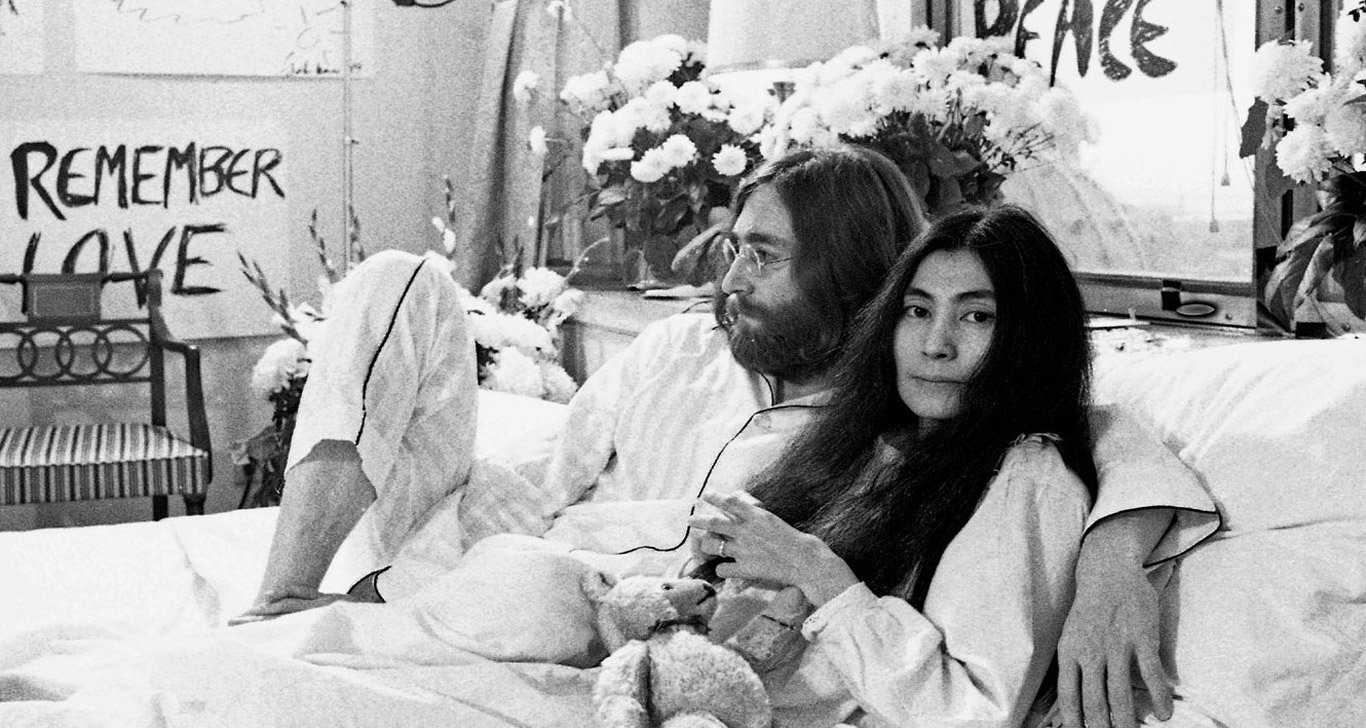 John and Yoko were in their famous BED IN in Montreal. Somehow I’m on the way there with Murray the K. Murray was toward the end of his career as the king of New York radio and was trying to put some more gas in the tank by doing an exclusive with John and Yoko. I’m in bed with them filming Murray and John and Yoko and I am being filmed by John and Yoko’s crew.

I turn and find a 5.9mm lens three inches from my face and I wonder how the cameraman is going to keep focus. The film exists somewhere but I probably look like a fish because the lens was so close. We finish Murray’s interview and get back to New York (through Newark, actually). Murray is as excited as can be but then, on the radio, we hear the same material in an interview with another disc jockey. There goes our project. Murray was distraught. We showed some of the film to an ABC executive.  All he could say was, “The film is jiggly.”  I’ve never trusted anyone in a nice suit.  Alas, the film I shot has disappeared, probably faded away.

I had no way of knowing that I would be touched by John and Yoko half a lifetime later.