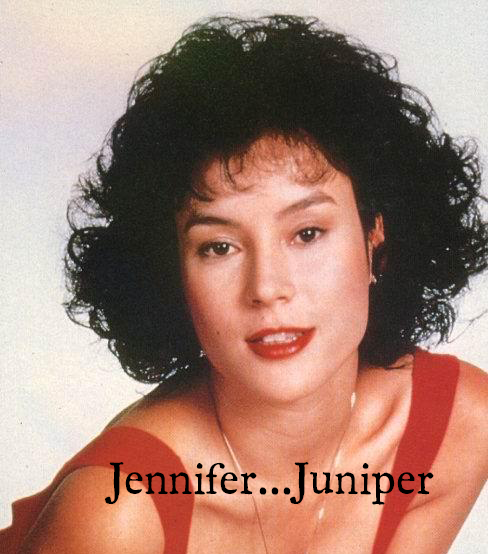 I was having trouble with a character in LET IT RIDE, a girl that’s living with a sleaze. I actually had trouble with both characters, as they were both unpleasant and not PC. I was trying to cast a young lady with some complexity that explained her situation because I couldn’t believe it (didn’t want to believe it?).

Actress after actress came in and Wally Nicita (casting) was getting pissed. We had seen Jennifer Tilly in a reading and she was terrific but spot on to the written character. I struggled.

I was looking at the various characters and I spotted an incredibly beautiful woman, impeccably dressed, striding down the way with what looked the the worst Robert Deniro junky you have ever seen. The two were exactly what was in the script.

I cast Jennifer. She was memorable.

There is a cute story, however. She called me one day, completely upset with ‘how she looked’ in a scene. She wanted to reshoot. She was in a looping session and in the film she saw, she said her makeup and the lighting were horrible.

‘Jennifer. That’s not how you look. That’s a loop.’

A loop is a piece of film that runs constantly while the performer lip syncs until it’s correct. It is the cheapest product and is heavy plastic for longer wear and orthochromatic for less expense. What does orthochromatic mean? The film doesn’t see all colors, it only sees blue, so lips and anything red is dark, almost black. Jennifer was watching a horribly scratched black and white film.

I assured her that she looked fine, beautiful, and the film wasn’t what anyone would be seeing.

I think she believed me.