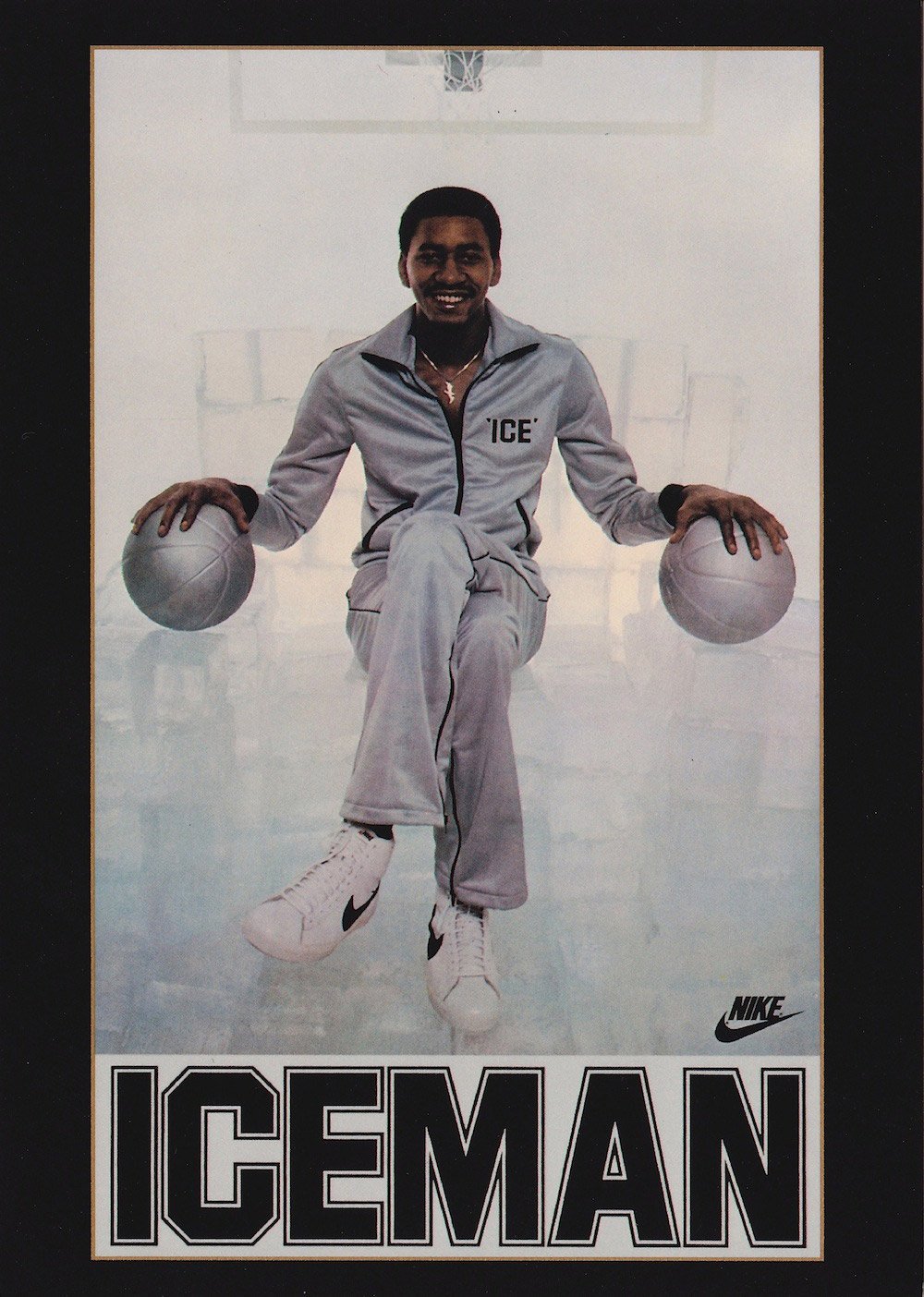 I was doing a campaign for Nike called BARBERSHOP.  Stacy Wall had conceived the spots and somehow convinced the client to completely improvise the commercials.  George Gervin was part of the Nike team.  We put his famous ICEMAN poster on the wall.  During a scene, Tim Hardaway challenged Iceman about his famous ‘finger role,’ Gervin’s most famous shot.  The spot became part of legend with George’s truthful line, ‘One thing I could do, was finger roll.’  We worked together many times after that, for Nike, for ESPN, for IBM.  The “finger roll’ line re-energized his career and become part of basketball legend.