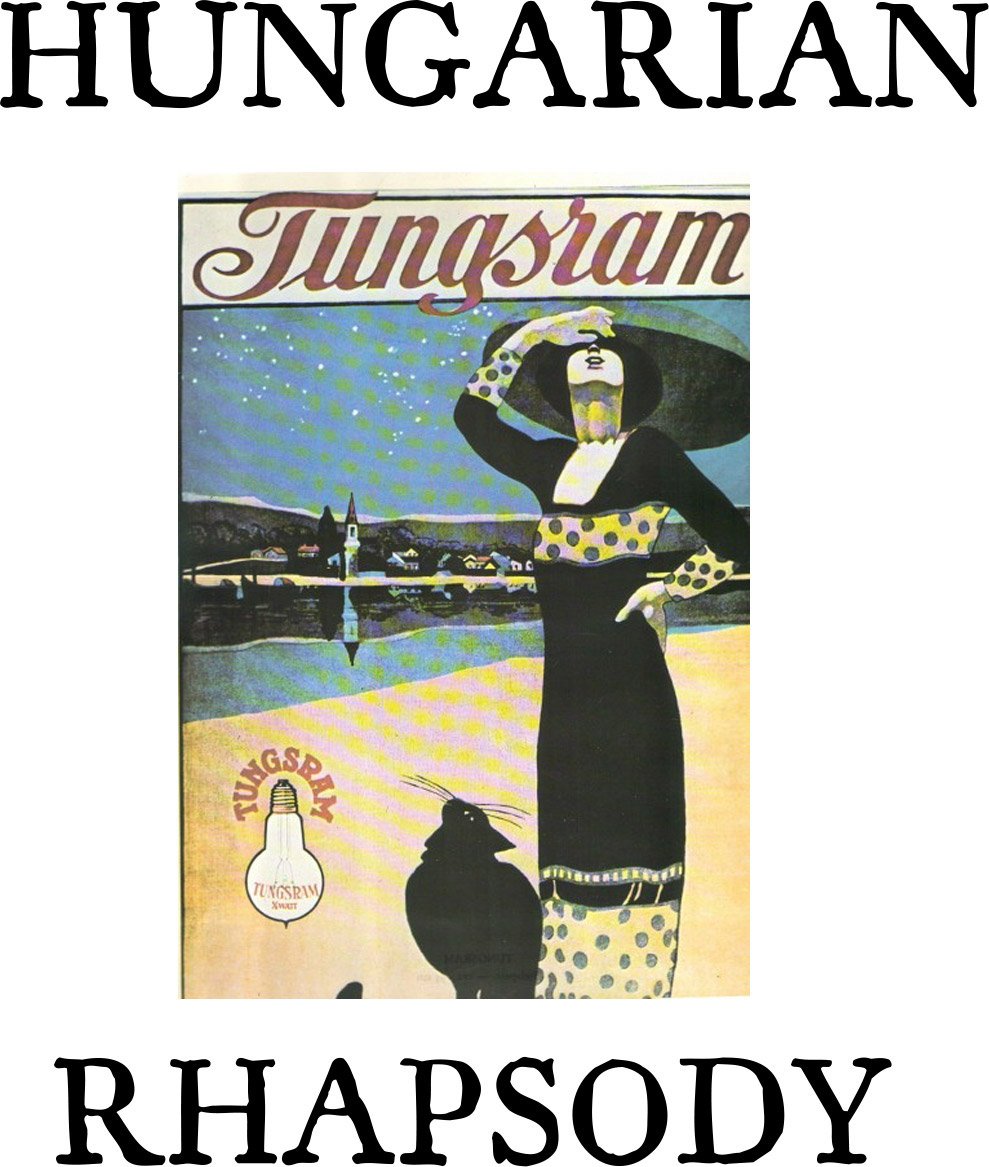 When the Iron Curtain began to show signs of rust, American corporations explored opportunity. GE bought an electric company, Tungsram, in Budapest and wanted a commercial to commemorate the event. Al Merrin called and asked me to go to Budapest to find a story. We get there and there really isn’t much of a story.  Tungsram is an outdated company and I couldn’t see the value for GE, much less a story. We did get the information that Tungsram had penetrated the impenetrable Japanese automotive market and was able to sell there, something that GE was unable to do. It became clear to me that GE’s only interest was using Tungsram as a distributor. I put my foot in my mouth by mentioning that at dinner one night in front of the GE rep.

‘That’s what they’re afraid of.’

Anyway, there is no real story there.  The facilities are hopelessly archaic and there is nothing to show. Al decides to have a version of the HUNGARIAN RHAPSODY cut down and we’ll fake the rest, scenes of hopefulness that ignore the time in Communism.

We shoot a lot of candles, dances, hugs, parades that imply a sense of revolution. We shoot office stuff in LA since there aren’t any GE type Americans in Budapest. During the process I find out how uninformed the Hungarians are about just about everything.  One actress actually thought the streets of New York were paved in gold. The dedicated Communists were fearful of what was about to happen and the young people looked forward to change.

The commercial was successful as a propaganda piece in the United States. The results for GE and Tungsram are what you could expect. GE bought an antiquated production element. They also expected a low-wage work force. What they got was a lethargic Communist unmotivated work force.

The Tungsram people expected GE’s coffers to open and shower them with wealth.

They were both wrong. Tungsram became a money pit with GE plowing resources into it. The work force was decimated and wages didn’t improve with a huge percentage of Tungsram employees living below the poverty line, far more than before GE stepped in. Eventually, Tungsram became a brand name only.