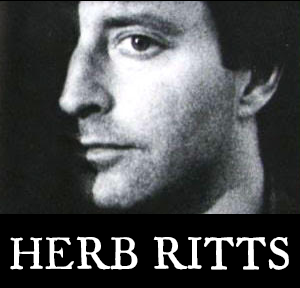 Herb and I crossed paths quite a bit. He was a brilliant photographer, completely underrated. He helped me a lot and I helped him some. He helped get Cindy to do the Pepsi spot and I trained Billy Hayden who left me to be his partner.

That’s a funny story. We were doing a very difficult Dockers job and Billy worked his ass off. At the end, I told him he had finally become a good producer. He then told me he was going to partner with Herb in a production company.

What can you say?

They had been friends for quite some time and often asked Billy why he didn’t work with Herb. I guess he was just practicing with me.

There is a funny/ sad story. Herb did a video with Michael Jackson and Naomi Campbell, IN THE CLOSET. Michael looked terrific, especially in the stills, but at a price.  The video was filmed outside, and Michael dutifully spent too much time in the sun and his sensitive skin reacted badly and he suffered, probably not as much as the ‘burning hair’ scene but he suffered. He also said that Herb spent more time with Naomi than with him. I told Michael that she needed more help, like Tatiana in THE WAY YOU MAKE ME FEEL. There was also a ‘kissing controversy’ as well. Did she or didn’t she? The video was conceived as a duet with Madonna but that didn’t work out.

Herb and Billy are both gone now.