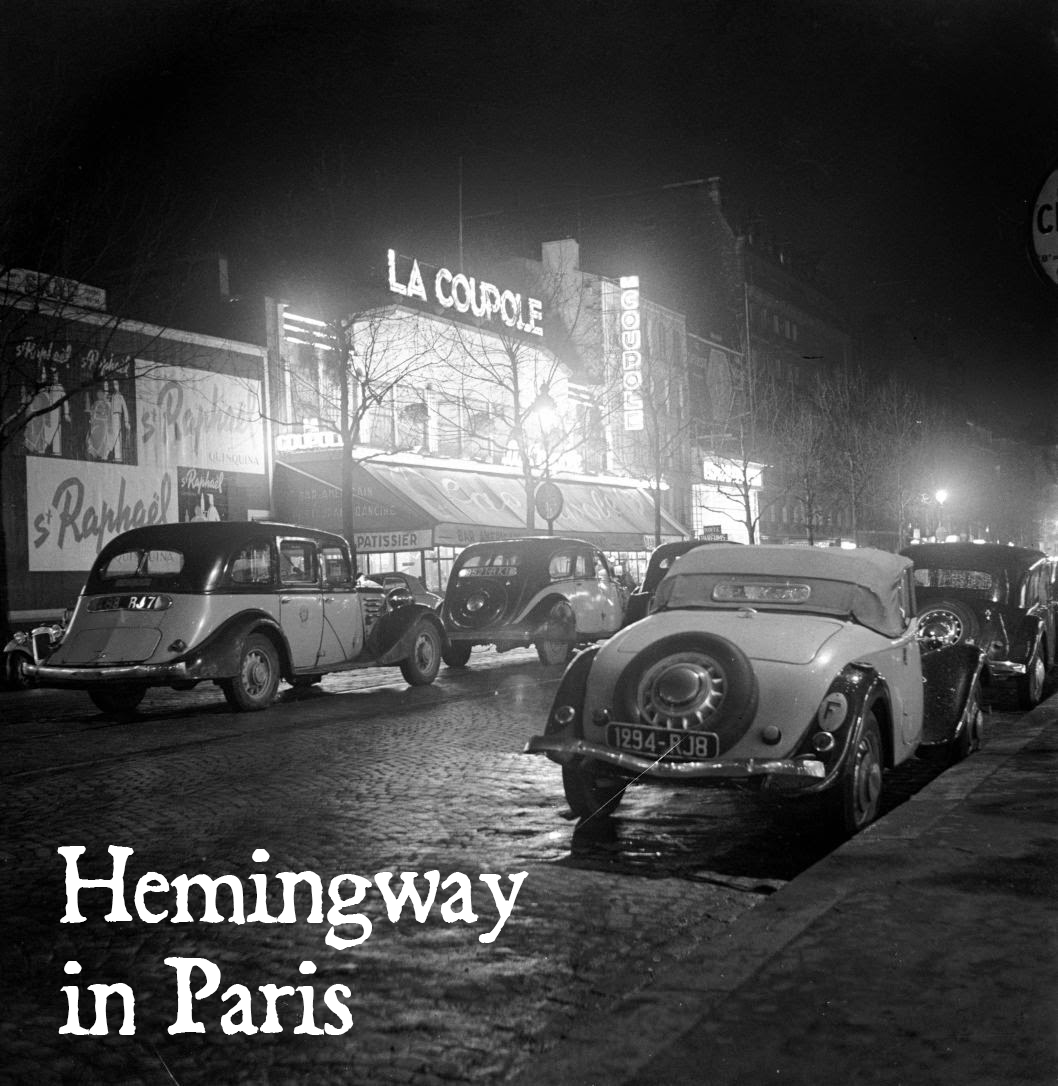 I did enjoy the controversial A MOVEABLE FEAST, though, because of its many references to Paris, bistros, bars, restaurants, parks, museums. I was offered a chance to direct a film of the book, but the producer balked when I asked where the story was. The book’s controversy was that it was published posthumously, and Hemingway’s then wife, Mary, may have manipulated the manuscript. Knowing nothing of Paris, I used it as a guidebook of sorts, eating at COUPOLE, LIPP, CLOSERIE DES LILAS.

I was filming a GAP commercial in Paris and I was using a Hemingway, Moveable Feast theme for some of the imagery. So I asked if we could shoot in La Closerie des Lilas. A stipulation is that we finish before they open for lunch. We show up and the owner/manager sees the chaos of a film crew with actor/models and throws us out.

After I have my meltdown, I say to Vincent, let’s go to Coupole (A Hemingway Haunt).

‘We’ll sit at the end of the restaurant with the actors.  Hide the truck and camera equipment. I’ll order several magnums of Champagne and you’ll ask the maitre’ D if we can take some pictures of our group.’

Olivier brought in the Arri BL with 200’ magazines and prime lenses so the camera would not be overbearing. The waiters were busy with the food and Champagne and ignored us. I just furtively shot the actors/models having fun (the Champagne helped) and that was that.

Olivier commented if I wanted to film like that we should use the Aaton camera.

‘It’s a small camera with coaxial magazine that looks like a video camera but shoots full frame 35 film.’

From then on, I used the Aaton exclusively except for special needs. It changed the way I worked dramatically. Godard developed the camera for spontaneous filming, a camera that you could keep in the glovebox of a car. Until digital cameras changed everything, it was a gold standard.