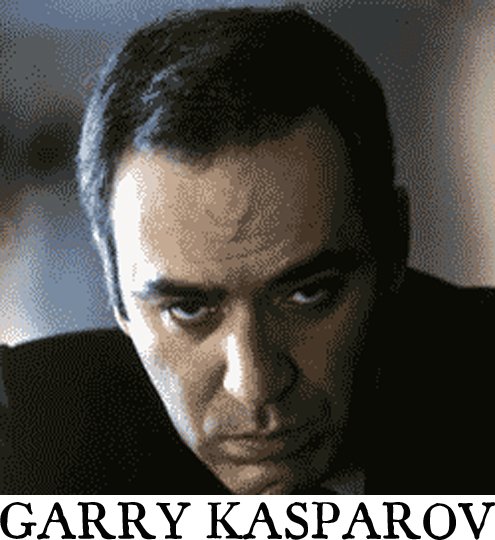 Garry and I worked together first on an Alta Vista commercial, then on a Pepsi spot.  We became friends because of my love of chess and our mutual love of great wines.  Of course, I’ve never played chess with him.  I was playing with my art director on set and Garry came over.  I said, ‘Don’t watch. I don’t want to embarrass myself.’ It was as if he could see through the future. During the filming of the Alta Vista commercial Garry had to go around the various chess players and then is confounded by a young player. After each take the players were supposed to place the pieces back for the next take. Several times Garry would go around and do it for them properly, having memorized each of the games he was playing. Astounding.  

We discussed his episode with Big Blue and the story is fabulous. They kept changing the computer program as the game went along. There were several masters behind the scenes. Not very good sportsmanship. He was wonderful in the Pepsi spot, too, but the commercial was too hip and didn’t run much. He had a Chaplinesque, plaintive quality, much like THE LITTLE TRAMP.

We’ve enjoyed  many great wines together but Garry hates Burgundies. Once, at dinner, he tasted a great Musigny and was confused. ‘What’s this?’ I turned to the sommelier and said to bring Cheval Blanc. Garry tasted it and was happier. Its character was more linear. We had a continuing argument whether 1945 or 1961 was a better year in Margaux. We were at a barrel tasting at Margaux and he intimidated the winemaker to admit that ’61 might be. We had dinner in Moscow. Garry had brought a bagful of wines from his home but I said, ‘When in Rome…’ We drank a fabulous Merlot from the Ukraine, or maybe it was Georgia.