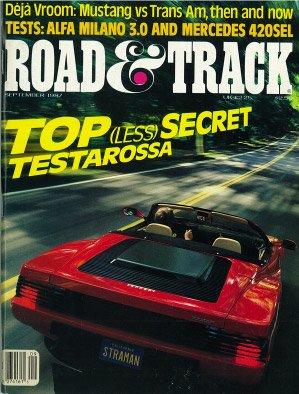 When we were doing the Pepsi CHASE campaign with Michael Jackson, the notion of ‘what car?’ came up.  Michael just said he wanted a  ‘cool car.’  I’m not sure he even had a driver’s license.

The first car that came to mind was the Lamborghini Diablo but it would be impossible to see Michael in the car. I decided that the Ferrari Testarossa with the top chopped would be the ideal car. This was before the car was made famous in the Miami Vice series. The agency wasn’t making decisions so I bought one on spec and had it taken to Richard Straman, a Ferrari chop top specialist. In those days Ferraris were sold by charlatans. There were many strange things that passed for Ferrari dealers. I had a friend up north (Berkeley) that dealt with them and he kept them under covers in a warehouse as most of them were illegal. I found this one at an Oldsmobile dealer in the Valley and had to overpay for the thing. Road and Track magazine had to borrow cars from owners to test them.

Straman hadn’t done a Testarossa but agreed to make the deadline but couldn’t guarantee that the car would stay together for long since he couldn’t tell what removing the top would do to the car’s structure. He made the deadline, but not before he took the car to Road and Track and tested it. The car made the cover of the magazine, albeit with much information about the commercial that was yet to be seen. I guess the Pepsi guys don’t read Road and Track. Later, the car shows up on a car calendar. I guess they had more time than they needed.

The first day of shooting, the stunt guy crashes the front end of the car rehearsing. Don’t worry, we’ll just shoot Michael’s closeups in the car and we’ll do the driving later, after we repair the nose of the car. The one thing I worry about is that Michael will ask for the car after the commercials are finished.

The rest of the shoot goes fine. Later, I find that the car needs a lot more work to make it really dependable and drivable. Straman had to rush the work to make the deadline and many details could be improved. I take it to another guy, closer, to do this work in his own time. It takes a year and I’m embarrassed to say how much, but the car is perfect. Right after this, Pininfarina, the Italian design firm that did the car originally, makes a chopped Testarossa for Gianni Agnelli, the elegant president of Fiat, Ferrari’s parent company. It sucks compared to ours.

The car looks terrific without a top. I don’t know why the factory never made a roadster.It was the last car that Enzo Ferrari himself was involved with.  He passed away during this time. I was always uncomfortable in the car. My knees were by my chin. It had the classic Italian driving position, short legs, long arms (this is not veiled racism, it is fact). The car drove great, though. It had the feel of a race car, flat cornering, harsh ride, all that good stuff. The brakes weren’t very good, though. Enzo once said that his cars were to go fast, not stop. Rest in peace, Commendatore. 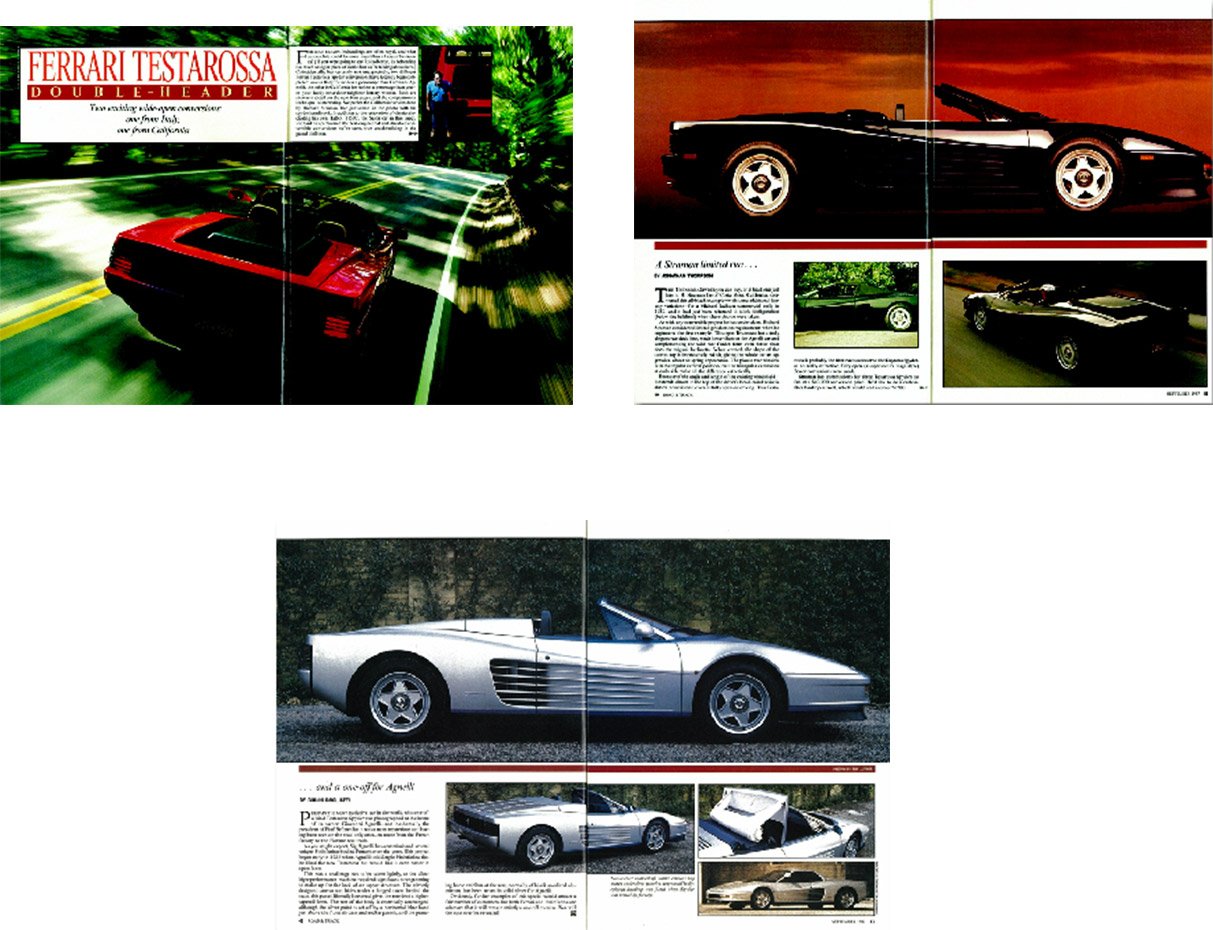 I also had a see-through plastic cover for the engine that eventually became a Ferrari element later. I don’t pretend to be a designer but you gotta admit, the car looks cool. After these photos were taken and the commercial finished, I spent another year refining the changes that were hasty because of the deadline for the commercial. The Testarossa was the last car that the Commendatore was personally involved with before his death. I think, for better or worse, that it is the last true ‘Ferrari.’  Enzo Ferrari built cars that he wanted to build.  Some were good, some were bad. When he tired of the car, he stopped building it. The best Ferraris were those that were based on racecars, like the Daytona. Now, Ferraris are just cars. 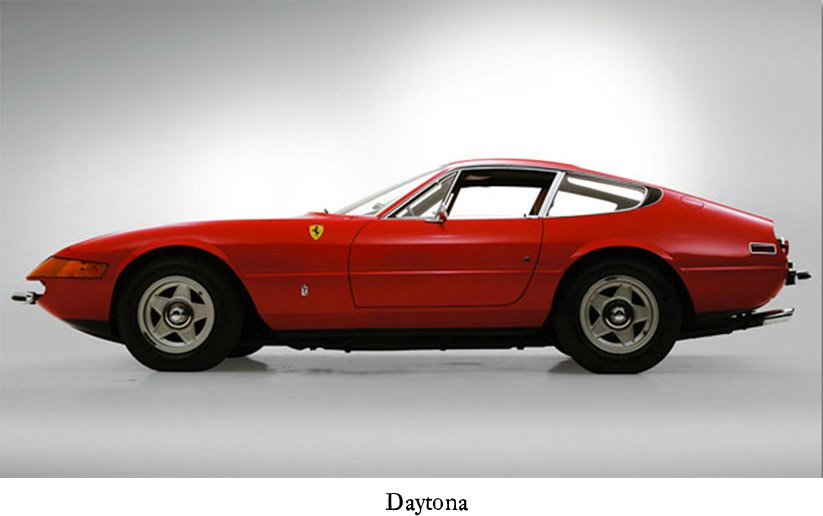 My first Ferrari was a Daytona. I got it from Steve Earl who runs the famous Vintage Car Races at Monterey. I spent my last nickel on the car. I remember my secretary called, worrying about me making payroll. Enzo built it specially for Steve because Steve raced a Ferrari 512 with Chris Cord. I made a film of the race for several years for Steve but all the copies have disappeared. After seeing the films, Steve Griswold, a famous Ferrari dealer and expert told me that I was the only guy that could shoot vintage Ferraris properly.

Later, I bought a 308 Dino from Griswold for my first wife. Soon after she got the car she divorced me. I didn’t like that car that much anyway.  After driving the Daytona, the Dino felt like a toy. It was a poseur’s car. Guys in L. A. would buy the Dino because it was half the price of the real Ferraris and put Prancing Horse badges on it. Enzo had first built the Dino, named after his late son, for the customer’s wives. He wouldn’t put his name on it. I’m not making this up. First, it was a Fiat Dino, then just Dino. Ferrari finally gave in to the U.S. Dealer Network and started calling the Dino a Ferrari. Before that, Enzo said that a Ferrari is a twelve cylinder car. The Dinos had six cylinders, later eight. A good friend of mine, Italian actor Venantino Venantini, had a Fiat Dino convertible and it was a lovely car, discreet and elegant. We worked together in a small village in Italy and I will never forget him driving away through the narrow streets, handsome in his sunglasses and linen suit, waving ‘ciao’ as the sound of the exhaust rattled the windowglass in the village. It could have been Mastroianni in a Fellini movie 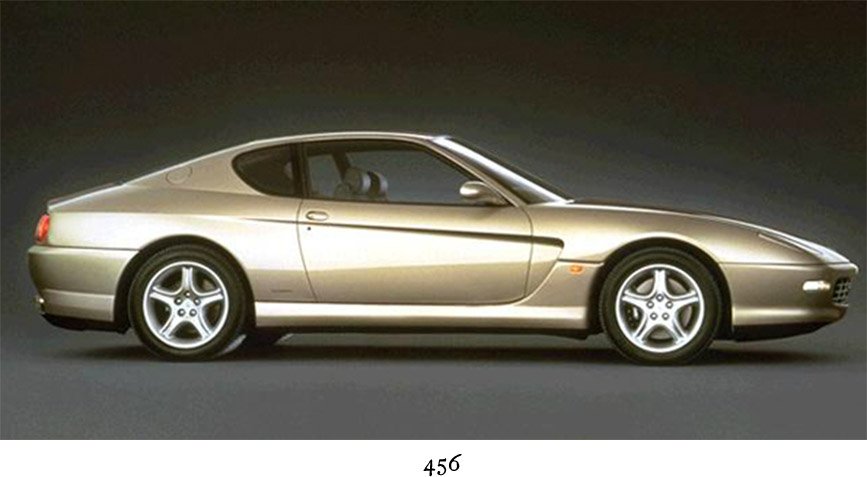 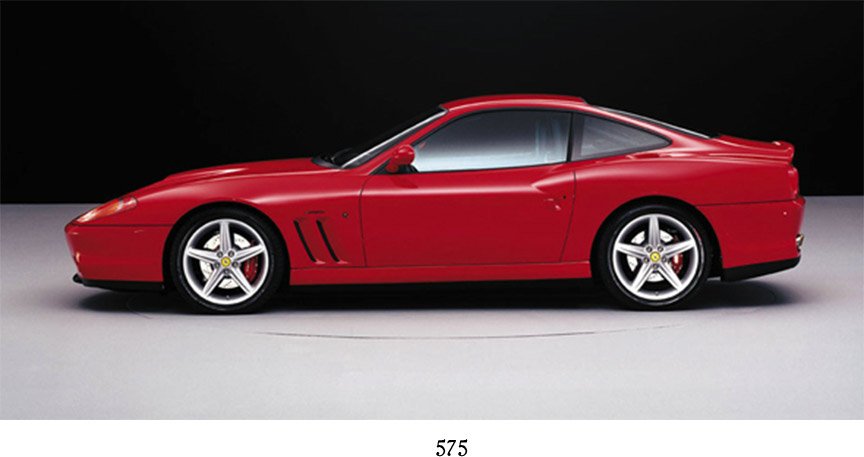 a 360 Challenge Stradale, a disguised racecar that was impossible to drive on the street, 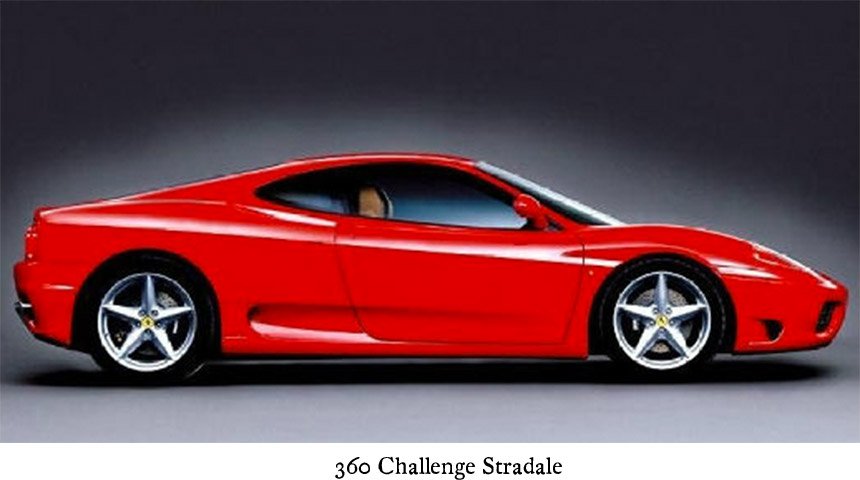 I once wrote a screenplay about a guy whose life is defined by the cars and women in his life. It was during my Alberto Moravia period. It was inspired by a story my friend Venantino told me about the director Rosselini driving his Ferrari from Spain to Rome all night because he missed his mother’s pasta. I may revisit the script someday but I’m through with Ferraris since they aren’t really Ferraris anymore. It used to be that there was a secret to driving Ferraris well.  You had to shift from first to third until the transmission oil was warm. It wasn’t a problem since the V-12 engine could handle it easily. In fact, it was impossible to stall the engine since it had so many cylinders. Now, Ferraris have automatic transmissions and paddle shifting. You can hear the radio. The Daytona has a pleasing roughness to it, no unnecessary details. New Ferraris are luxurious. I asked Phil Hill about paddle shifters and he said he preferred to feel the mechanical gearchange. Shifting gears properly was a sign of manhood. Old school, huh.  Now, everything is electronic, done by computers. 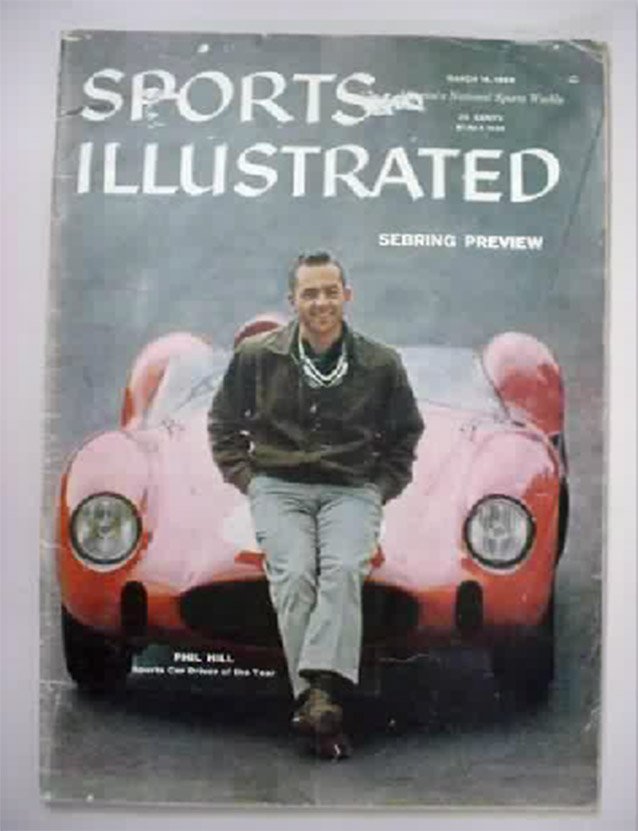 I was having dinner with Phil Hill. He loved Burgundy wines and I have (had) a great collection of Burgundies. Phil was in failing health but he savored each sip of the ’78 Romanee Conti and reminisced about France and his friend, Rene Dreyfus, the race driver/restaurateur and how he had enjoyed eating at Dreyfus’ restaurant, Le Chanteclair. Phil was the first (and only) American driver to win the Formula One World Championship (Mario Andretti was born in Italy). He also won Le Mans several times, all in Ferraris. A friend dining with us who was unfamiliar with Phil asked me about his racing. I asked Phil how many Le Mans wins he had. He stared at me  then answered, ‘Three times in a Testarossa.’ My friend, not realizing the difference said to me within Phil’s hearing, ‘Don’t you have a Testarossa?’ I tried to crawl under the table. ‘It’s not the same,’ I said.

Phil passed away soon after. He had traveled to Monterey for the Vintage Car Races and didn’t survive the trip. I sold my Ferraris soon after.

Phil wasn’t treated well by the Ferrari Factory in his later years. He had won a World Championship for the factory and he won the first Manufacturer’s Championship for them, including the Le Mans wins. He was treated as badly as Bo Jackson was by Nike. Corporate Italy has no conscience. The Testarossa that Phil raced at Le Mans sold at auction recently for $12,000,000.