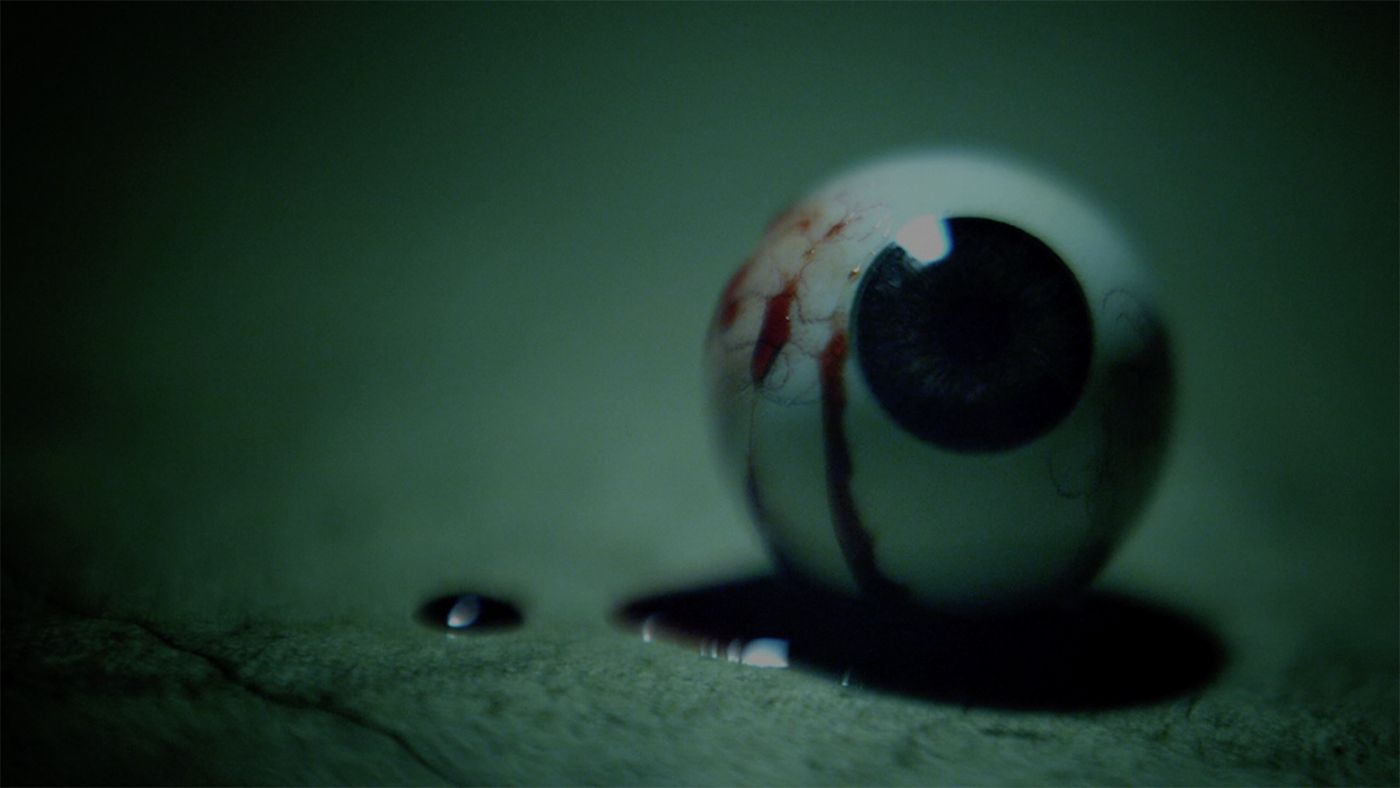 I was approached to do film about an ‘interesting’ project. Converse was teaming up with the artist, Nate Loman, to make a bunch of sneakers from one of Nate’s paintings. This is not as stupid as it sounds.  Damien Hirst had teamed with the Olsen Twins to make a bunch of purses covered with pills, and Marc Jacobs had collaborated with Japanese artist, Takashi Murakami and Vuitton, to create a line of ‘art’ luggage. To complicate matters, just a bit, Nate’s painting of Marilyn was a copy of an early Willem De Kooning.

I met with Nate about his process and he was an attractive and articulate young man but I was upset because a videographer hadn’t accompanied us. It would have made an excellent documentary and my job would have been over.

The ‘client’ was a friend of mine who is a great art collector. I think all he wanted was a documentary of the painting and the shoes, but the meeting with Nate intrigued me with the notion of what was ‘art’ these days and how far could you go and still call something ‘art.’

I’ve never liked the word ‘art.’ I likes referring to the different forms by their various titles, painting, sculpture, whatever. Hirst, Murakami, Loman and others pushed the limits of any specific reference to something called ‘art.’ Hirst painted circles on canvas, but he didn’t paint them himself. He put animals in tanks. Murakami made ceramic dolls, and Loman copied the De Kooning by projecting it on a canvas and ‘reinterpreting’ it.

What did all this have to do with anything called ‘art?’ What pills on purses and conflicting imagery on Vuitton luggage had to do with what anyone could call ’art’ was a mystery. The difference between Air Jordans for several hundred dollars and Converse Lomans for many thousands was just a matter of marketing. Ironically, Converse was owned by Nike.

I don’t know why but the first idea I had was for the shoes to wind up on a trash heap.  I think I was inspired by a photograph by Guy Bourdin.  A friend of mine had modeled for the picture but the final was just a pair of shoes in the gutter next to a police chalk outline.  I never believed the story until I saw the picture. My friend had told me many stories about her work with Bourdin and they were embellished when I started working with Vincent Joliet, who had been Bourdin’s assistant for a time.

I sketched out a story about a waif stealing the painting and selling it to an art dealer who then makes the shoes. The waif then steals the shoes but is killed and winds up on a trash pile.

The film was an easy shoot and the actress was courageous about the stuff.  The fake tattoos were fun and she left them on until they wore off naturally.  I’m not sure anyone liked the film as they made another, pedantic version of the actual shoe making.

I showed the film to a friend, an art dealer. He was shocked.

How did they let you do that?

It’s a sendup of the art industry. 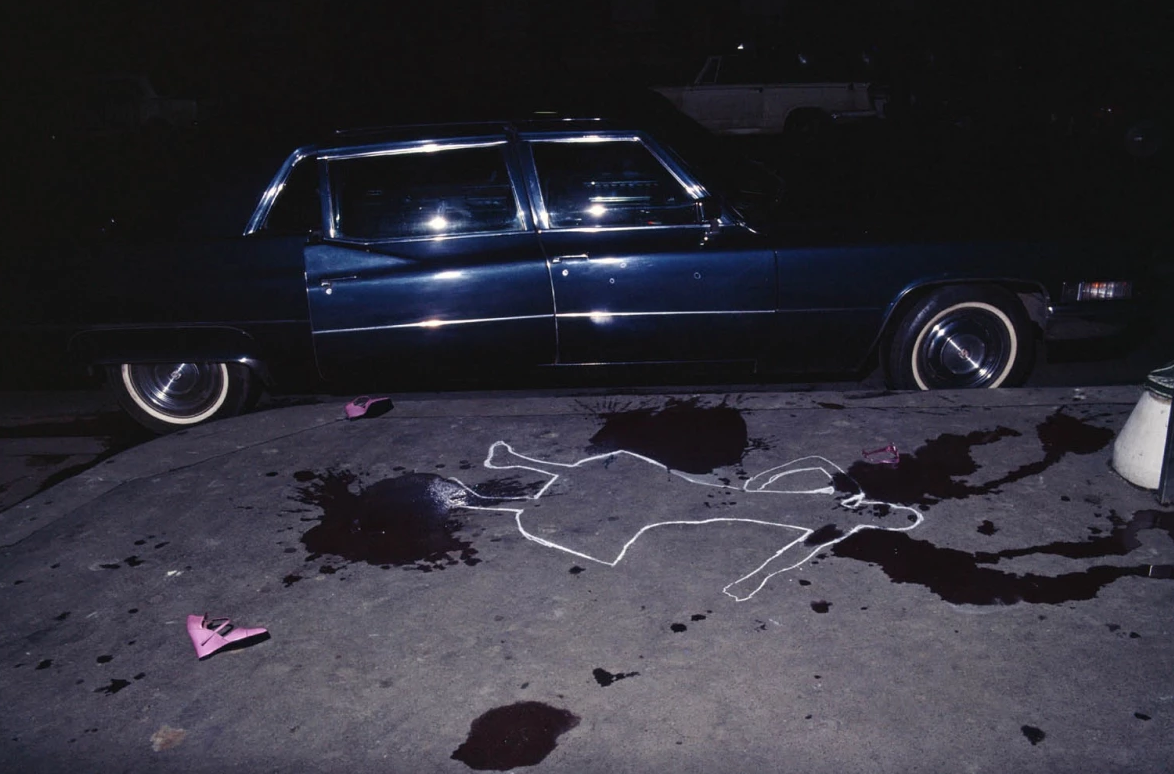 This is the photo that I’ve admired through the years, not for it’s qualities as a picture but for it’s audacity. Bourdin flew the model from LA to Miami, then, staying at the Fontainebleau Hotel, had her fully wardrobed, makeup and hair, then traced her outline in a gutter. I didn’t believe her when she told me the story but then I saw the photo. 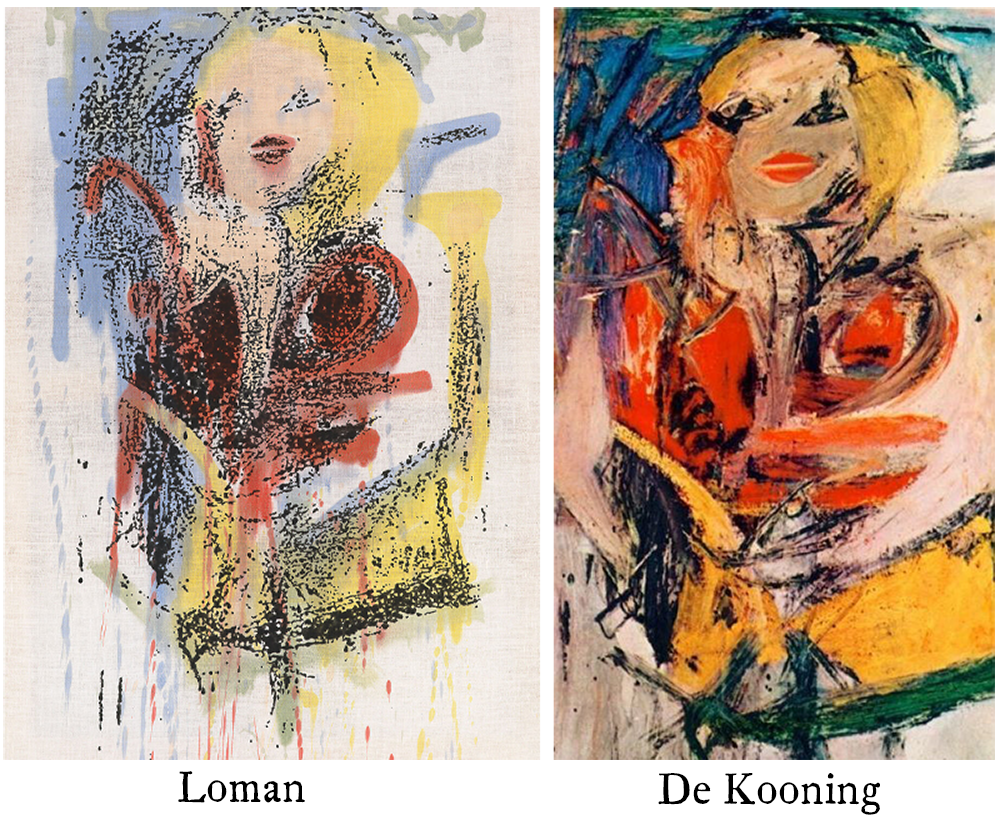 Loman and De Kooning. Loman copied the painting by painting over a projection of De Kooning’s original. He said that he and his friends would get loaded and paint late at night and into the morning. It’s been said that versions of this have sold for upwards of a million dollars. I only found results of $650,000. 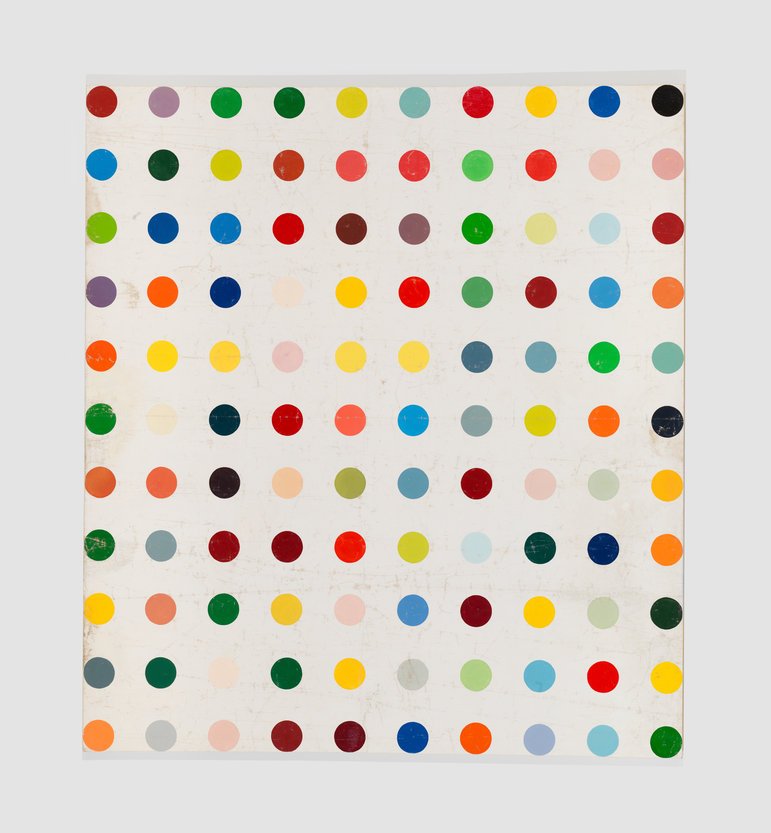 There is a reference to this work in the film. I marveled at the perfection of the precision of the dots but Hirst told me he didn’t paint them, that an assistant did.

Takashi Murakami is known for his kitschy ‘art.’  The craftsmanship is superb, but the subject matter…?  A lot of his stuff is homage to Japanese manga and is comparable to Roy Lichtenstein’s comic book references. Lichtenstein was once criticized by a comic book artist who said that Lichtenstein completely missed the purpose of the frame he had copied. 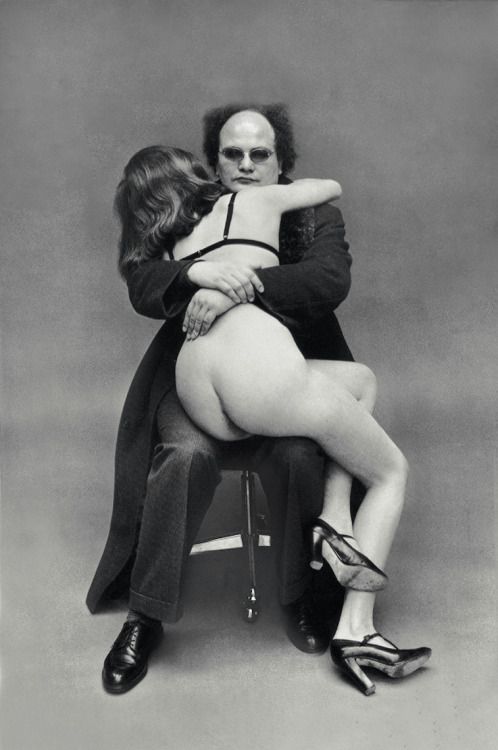 Xavier Moreau was a photographer’s agent, representing the best, including Helmut Newton, who took this picture. Moreau disappeared under mysterious circumstances, being accused of not paying fees to his clients. 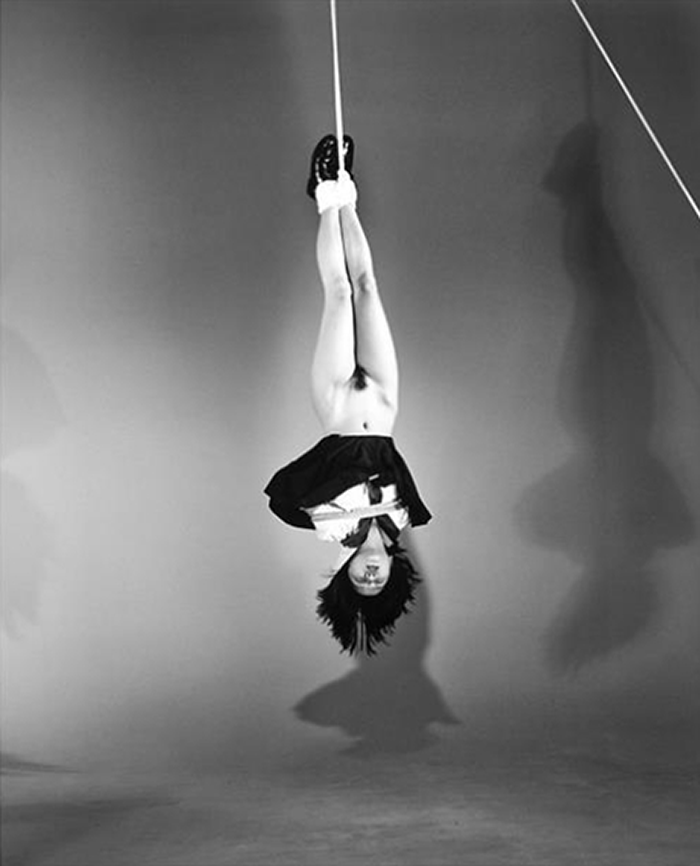 We filmed a portion of the film in a gallery with various works from these artists. I had thought of floating the girl’s corpse in a tank like Hirst’s shark but thought it was too direct and didn’t want to be accused of being a Loman-like copycat. I saw some of Hirst’s work, then discovered this shot by Araki.