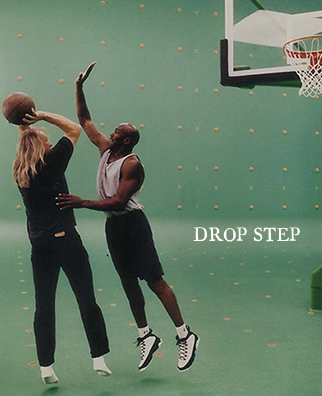 I had a basketball move they call the drop step. I think I got it from watching Elgin Baylor when I was in high school. My teammate/buddy, Bill Costello, and I worked on moves from the few times we could see Baylor on television. I used it at Pitt in a scrimmage and coach stopped to the scrimmage and admonished me saying he never wanted to see anything like that again.  I never understood why he did that since I was a very very very lowly scrub.

They saw that I didn’t move my pivot foot, although it looked like I did.

Some time goes by and I’m watching Michael play the Knicks. He uses the move, the ref doesn’t call a travel, and the Garden crowd goes wild, complaining. I’m not sure Spike was there.