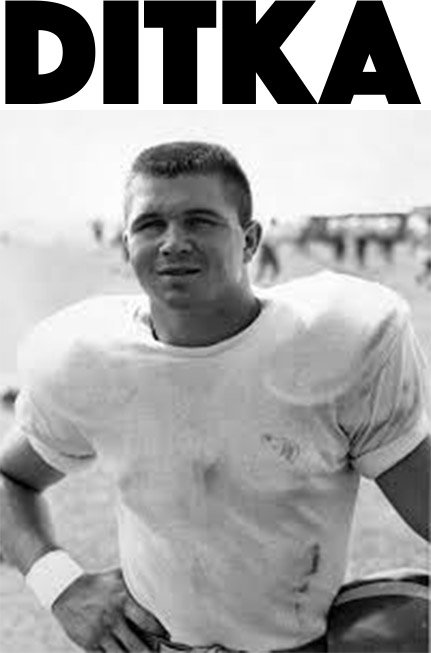 I played basketball at Pitt for a short time on an NCAA Tournament team.  I was a lowly scrub way at the bottom.  When football season was over, Mike Ditka (rhymes) came on the squad.  Several football players came, largely to keep in shape as the basketball coach, Bob Timmons, was also an assistant football coach.  Don’t ask me how that worked then.  Things were simpler.

Somehow, I was in a scrimmage with Ditka guarding me.  My best friend in high school and I had worked on a reverse pivot move that we had taken from watching Elgin Baylor. My friend used it to make a winning shot against a major prep school in our senior year.  I had used it in a scrimmage once at Pitt and coach stopped practice to tell the team that no one would ever do anything like that on his team.  I never understood that, but…

I had the ball and decided to use that move against Ditka.  I faked him left and dribbled right and began to pass him.  I had a clear path to the basket and a moment of glory against an all-American football player until everything went white and I found myself several rows in the seats having broken several seatbacks.  Ditka walked away glowering at my impertinence.  Coach had no comment.  I thought they would ask me to pay for the broken seats.

Years later, I worked with Ditka on a Doritos Campaign for the Super Bowl and he claims to have remembered me.  White lie.