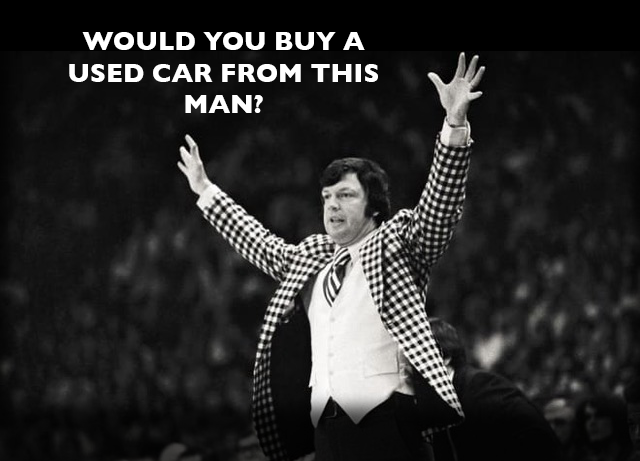 I was working with Digger Phelps and Dick Vitale in some ESPN commercials. The subject of Shaq came up and they both trashed him for not being able to shoot free throws consistently. Having worked a great deal with Shaq and loving him, I came to his defense by noting that two of the greatest, if not the greatest, Wilt and Russ, weren’t great free throw shooters either.

My arguments fell on deaf ears but Shaq redeemed me by winning three straight NBA Championships and the MVP trophy in each right after.

I was aghast that two ‘experts’ could have had such an uninformed opinion of such a great athlete, but then Vitale’s (possible) misjudging of talent when he coached the Detroit Pistons may have led to his firing. Phelps had a decent career coaching Notre Dame basketball but never won anything. Before ESPN he worked for the first Bush, so where’s that at? Shaq finished his career with the third highest Player Efficiency Rating in history, behind only MJ and LeBron, so how important is free throw percentage anyway?