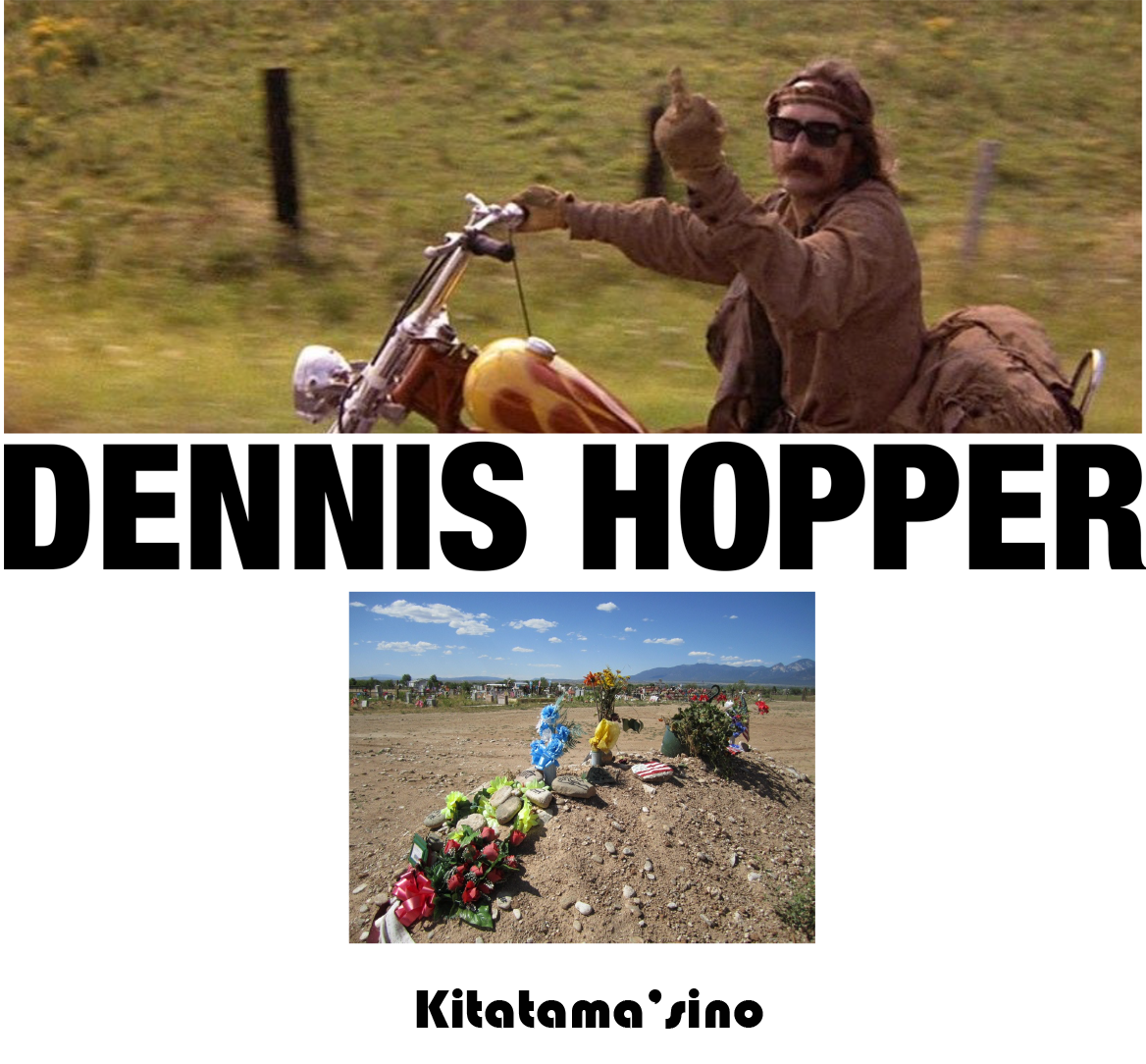 Dennis wanted to be buried Indian style in Taos.  I once spent a great Christmas with him there at Taos Pueblo and saw what he loved about that mystical area.  That part of New Mexico is unique to the United States.  It was the most remote bastion of the Spanish Empire and the mysticism of Catholicism mixed with that of the Natives that embraced the Church still has resonance (that is fast eroding).

I visit his grave when I’m in the area.  It is an extremely modest graveyard that I miss almost every time I go there.  I’m a little upset because his ‘fans’ have defiled it by putting a huge crucifix on the grave, something Dennis didn’t want.  I tried to remove it once but it’s in there solid.   It looks like something a redneck, chain saw, sculptor would do, probably a Hell’s Angel who misinterpreted EASY RIDER. I remember that Dennis’ brother lived near there.  I hope he had nothing to do with the cross and will someday see that it is removed and that Dennis’  burial place will be respected.

There is a scene in JEREMIAH JOHNSON where the Indians have made a symbolic grave for Jeremiah that resembles Dennis’ before the ‘improvements.’  Ironic.