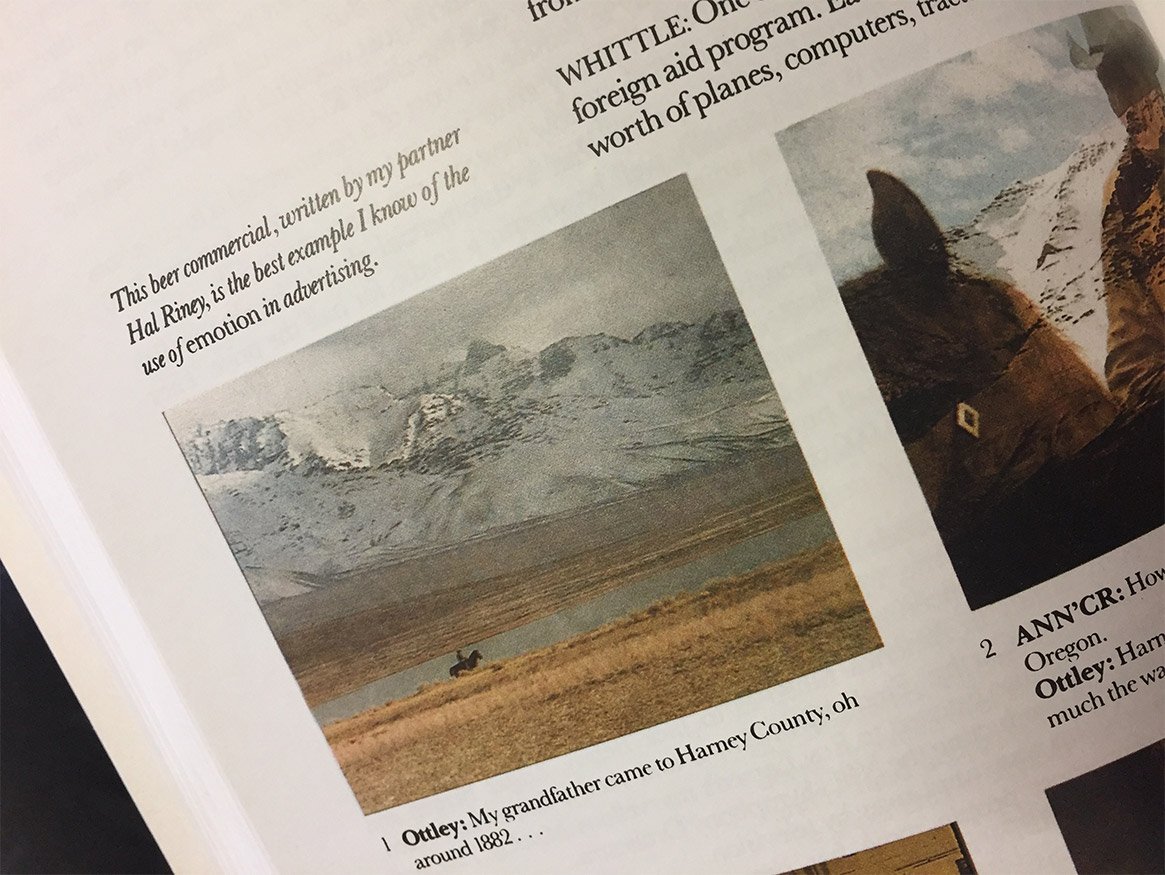 The above quote has been attributed to T. S. Eliot, Oscar Wilde, Picasso, and some others.

David Ogilvy’s first book was titled, CONFESSIONS OF AN ADVERTISING MAN. One of his ‘confessions’ should have been his admission that the headline in his most famous work, an ad for Rolls Royce, was taken almost word for word from an ad for Pierce-Arrow in the early thirties.

Despite that, Ogilvy was an important influence on advertising, but with a rigid set of rules. Riney set up his first office with Ogilvy, later to buy it back, and the first spot I did with Hal changed David Ogilvy’s philosophy and was the centerfold in his book, OGILVY ON ADVERTISING.