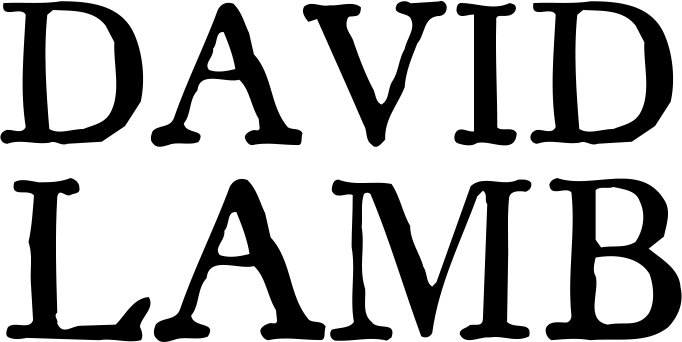 Who?  David Lamb.  In the early eighties, there were only two Lions given to American Advertising at the Cannes Film Festival, one to Hal Riney and one to David Lamb.  David was insane.  I’m sure it could have been treated with medication.  I think the walls in David’s office were soft to absorb the punches and thrown things.  We began working together on some Busch commercials.  Busch was a low-end beer from AB that used a Western theme for its advertising, Cowboys and Sunsets. They were fabulous to do, being in beautiful landscapes with horses, cowboys, a kid’s dream.  At that time AB used St. Louis ad agencies for their work but threw a bone outside once in a while.  Busch was one of them.

Miller Lite was kicking their ass so AB decided to come out with Bud Light and gave an assignment to David and Needham.  They also gave an assignment to their agency of record.  Lamb was cynical about Needham’s ability to actually get the account, thinking it was done just to keep the incumbent agency honest.

David called with the idea.  See sport in a new, honest light.

‘What do you mean, good luck?’

‘I’ve heard that before.’

I have never fought so much with anyone in my life. There were issues about every detail.  One of the spots was about a sprint team.  Remember this was long ago.

‘The client doesn’t want to use all black runners.’

‘David, there hasn’t been a white sprinter since before Jesse Owens. What happened to seeing sport in an honest light?’

‘It’s still going to be stupid.’

‘There’s a white sprinter at Alabama.’

‘He’s an albino. Why don’t we make it the Russian team?’

We shoot the spot. An issue arises about them putting their arms around each other to pray.

‘The client is going to think they’re fags.’

I shoot it anyway and it winds up in the spot. There are no issues. An issue about the white runners does arise. We can’t find any. I finally find a white pole vaulter and a model that can run somewhat convincingly but I have to under-crank the camera to make them look faster.

David is a brilliant writer and brilliant in the edit room despite his paranoia and the client likes the spots. They come as such a surprise that they want us to do more to prove that the campaign has legs. We do three more with equal success and equal number of unpleasant incidents. Needham gets the account. Huge breakthrough. Conflict. One of the issues that arose between David and me, and there were always issues, had to do with the baseball spot. The spot was about an aging pitcher making a comeback from the minors. The original script called for him to field a bunt and toss the runner out and win the game. Lame.  David and I argued about that for quite a while. I wanted the pitcher to strike out an imposing batter, like Willie Stargell or Dave Parker.  David finally agreed. There was quite a bit of racial tension in the last moment between the pitcher and the batter. I don’t know if anyone got it.  I did. It made the spot powerful. This spot was the one that won one of two Cannes Lions given to American agencies that year.

For the next few years, we do a bunch of these spots including Budweiser’s first use of a woman in a commercial.  The times, they are a’changin.’ The apotheosis of the campaign and our relationship is the Olympics Farmers commercial called APPLAUSE. It became a Budweiser gold standard but the campaign began to run out of gas after that.

I got Riney some Budweiser business and he hired Lamb to run the Chicago office and service that account. It was the clash of the titans. Remember, a few years earlier they were the only game in the United States. Now, it was a match made in hell. Lamb, despite his demeanor, was an optimist. Riney, despite his folksyness, was a cynic. They got along not at all and they both cursed me for it.

Later, Needham rehired Lamb to put the final nails in the Michelob coffin, a campaign I was doing. I was ‘being difficult’ and Lamb was sent to control me. I was the curator of the campaign. AB had hired some bozos to supervise the work and they were clueless. I had promised Jack McDonough (now gone) to keep the campaign as stylish as possible but AB was caving in, trying to make the work ordinary. Don’t ask why. People are comfortable with what they know and these guys didn’t know anything. The last memory I have with David was my throwing  a chair across a barroom. He had asked me to shoot some (meaningless) beer pours while thirty extras and principals waited around on a Saturday. To punish me, Michelob had Ridley Scott and Adrian Lyne do the next round of commercials. Their spots never ran.  So much for supervision.

David had a great run of creativity.  Meeting Riney was probably a bad thing since Hal signed the checks. I think Hal hired David to keep him in sight. I guess it worked. David later became a director although I’m not familiar with his work. It’s a shame that things ended so badly after such a great run. I never knew why. The work endures after the pain is forgotten.