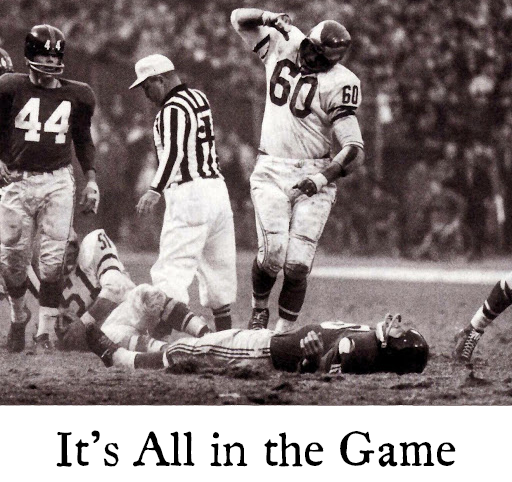 I was speaking with Howie Long and Terry Bradshaw on a shoot and we were discussing coaching and coaches. They were open about a famous coach, then coaching, that instructed his players to specifically go to hurt people. The guys said it was common knowledge in the NFL. I can’t name the coach (Super Bowl winning) because I wouldn’t want to precipitate anything against Howie and Terry but they said it.