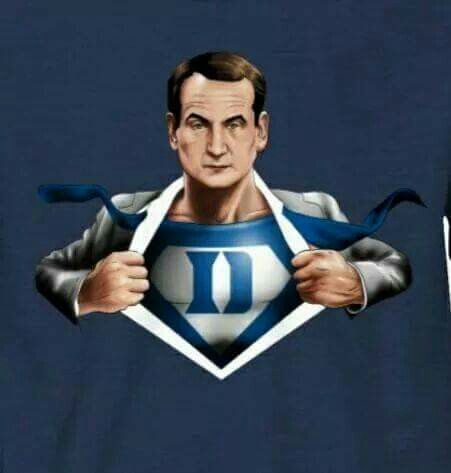 I worked with Coach K a few times. Great guy. Why is he called Coach K? Well, his last name is spelled KRZYZEWSKI. Unless you’re told, how, you cannot pronounce it. You can’t Americanize it like Musial (pronounced Mu-shaw in Polish). Coach’s name is pronounced Sh-shef-ski. Go figure. I once had a discussion with a great graphic designer about the worth of art school. He said, if you didn’t go to art school, you would not know how to pronounce Moholy-Nagy.

We were shooting a spot at the Duke practice gym and I remarked to Coach how wonderful the attached weight room was. He said that it was an exclusive to the men’s and women’s basketball team. When I asked why, he said that he paid for it. Rather, he had raised the money for it.

‘I have basketball camps and some for wealthy donors that want to recapture their misspent youth. I just mention that we need some dough and checks appear with millions.’

We got along, maybe because I was Polish and maybe because I had a little game left (very little). The only disagreement we had was about Kobe, Bryant not beef. I disliked Kobe because I felt he was a selfish player and he had screwed my friend, Shaq. Coach loved him, having coached him in the Olympics. I told coach that Kobe probably behaved because he wanted Coach to coach the Lakers.

My attitude wasn’t a deal breaker. We still got along, two Polacks.