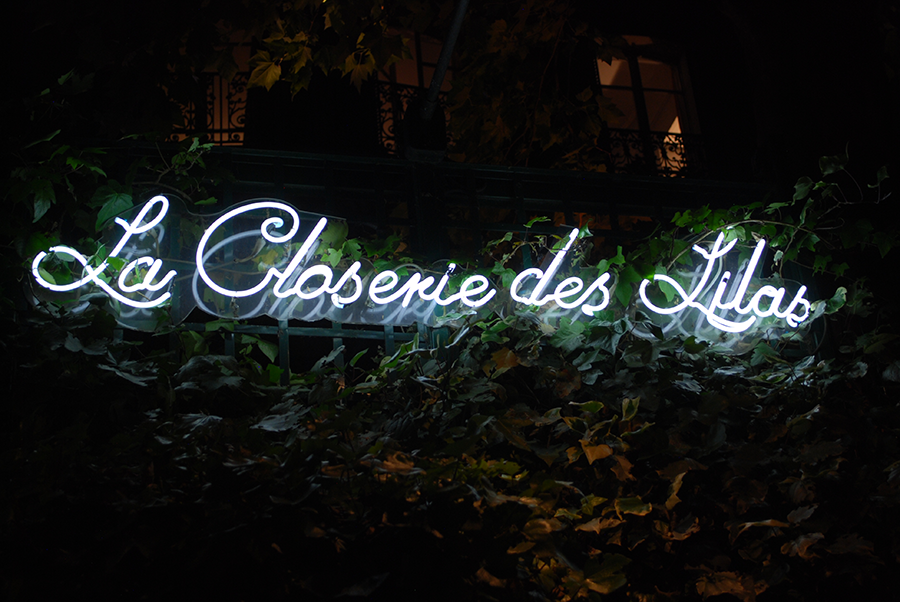 Another Hemingway haunt. I was about to film there and the owner threw us out before we could even get in. Everything worked out okay as we went to COUPOLE and I discovered the AATON.

Thierry De Ganay offered to represent me through his company PAC at a meeting there.  I was flattered but he put me off by saying I was the first American director WORTHY of being represented by his company.  I regretted the decision a wee bit when I found out that the estate that Ridley used In his fabulous Chanel commercials was Thierry’s.  A few years later he used me as a lever to get Ridley Scott to direct SOMEONE TO WATCH OVER ME. Ridley worked through PAC in Paris for some reason, strange, because he had RSA even then.

Lilas has these memories, somewhat unpleasant, but still memories.